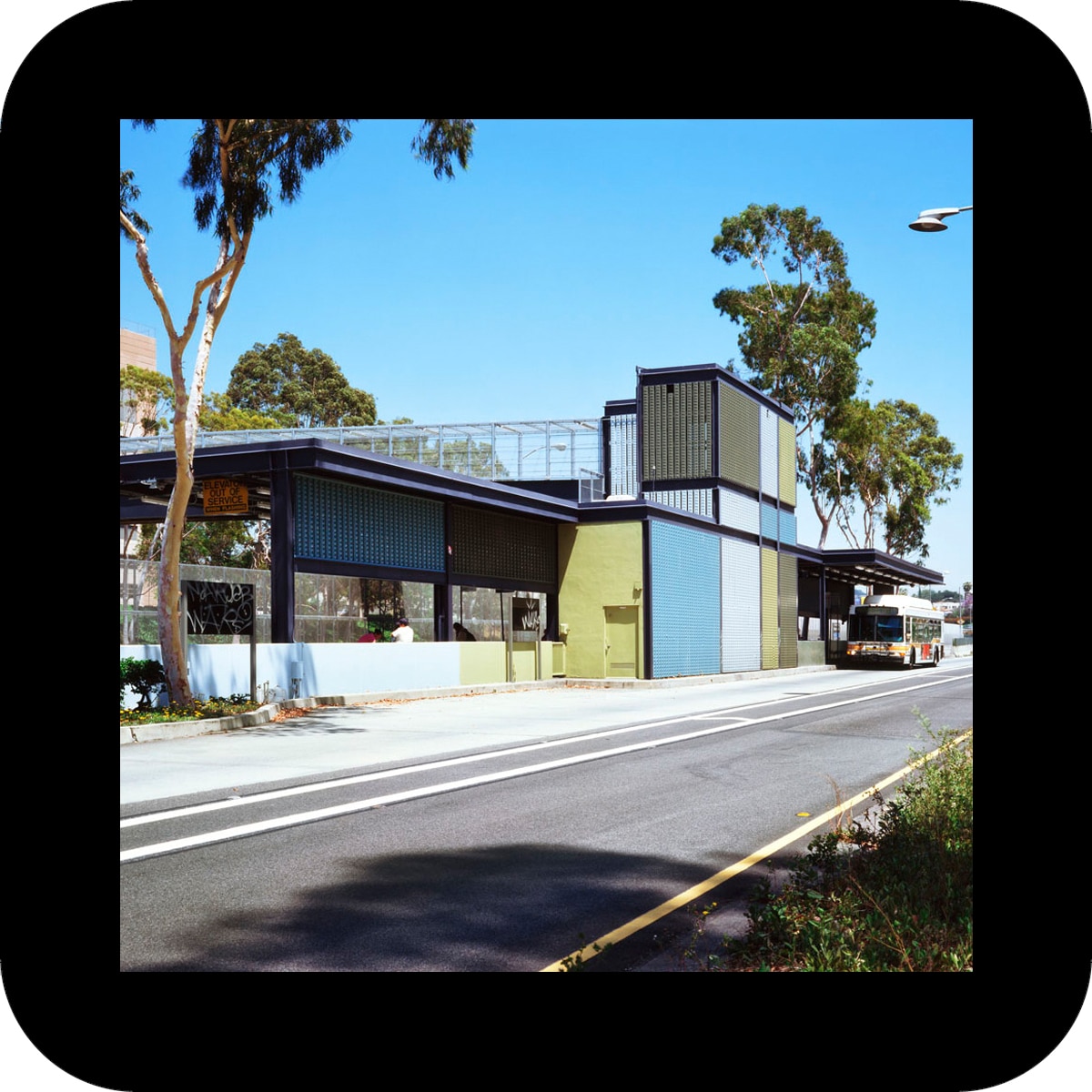 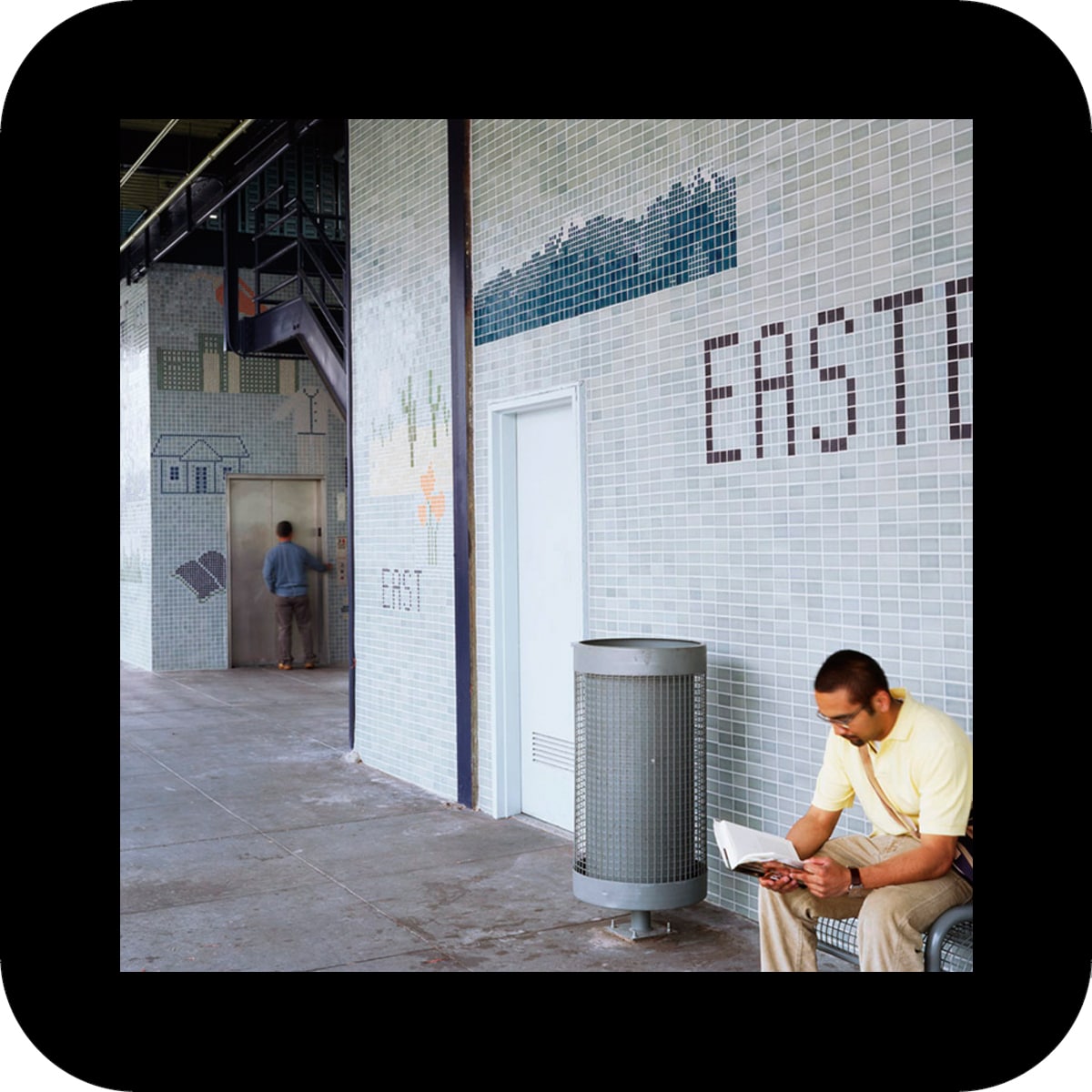 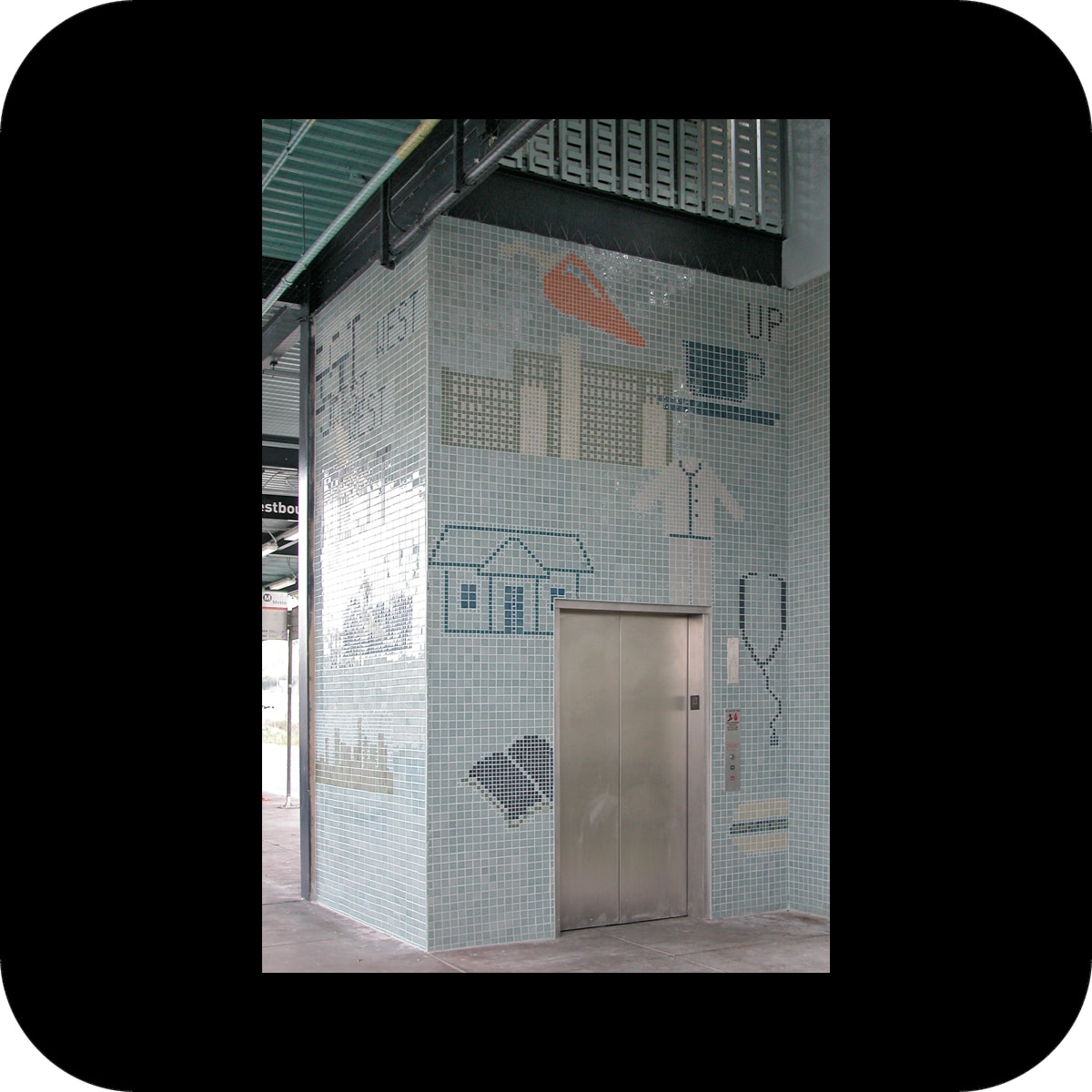 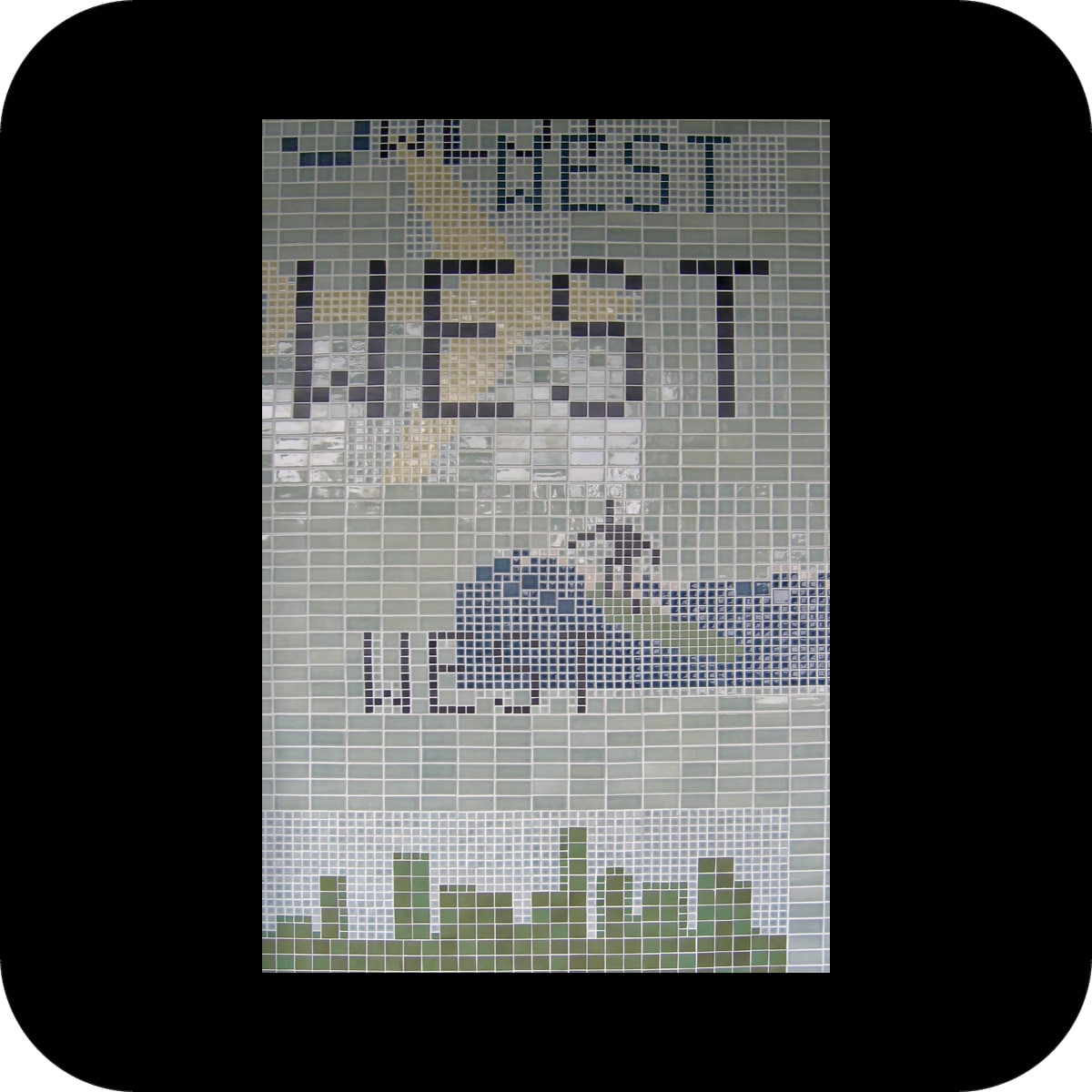 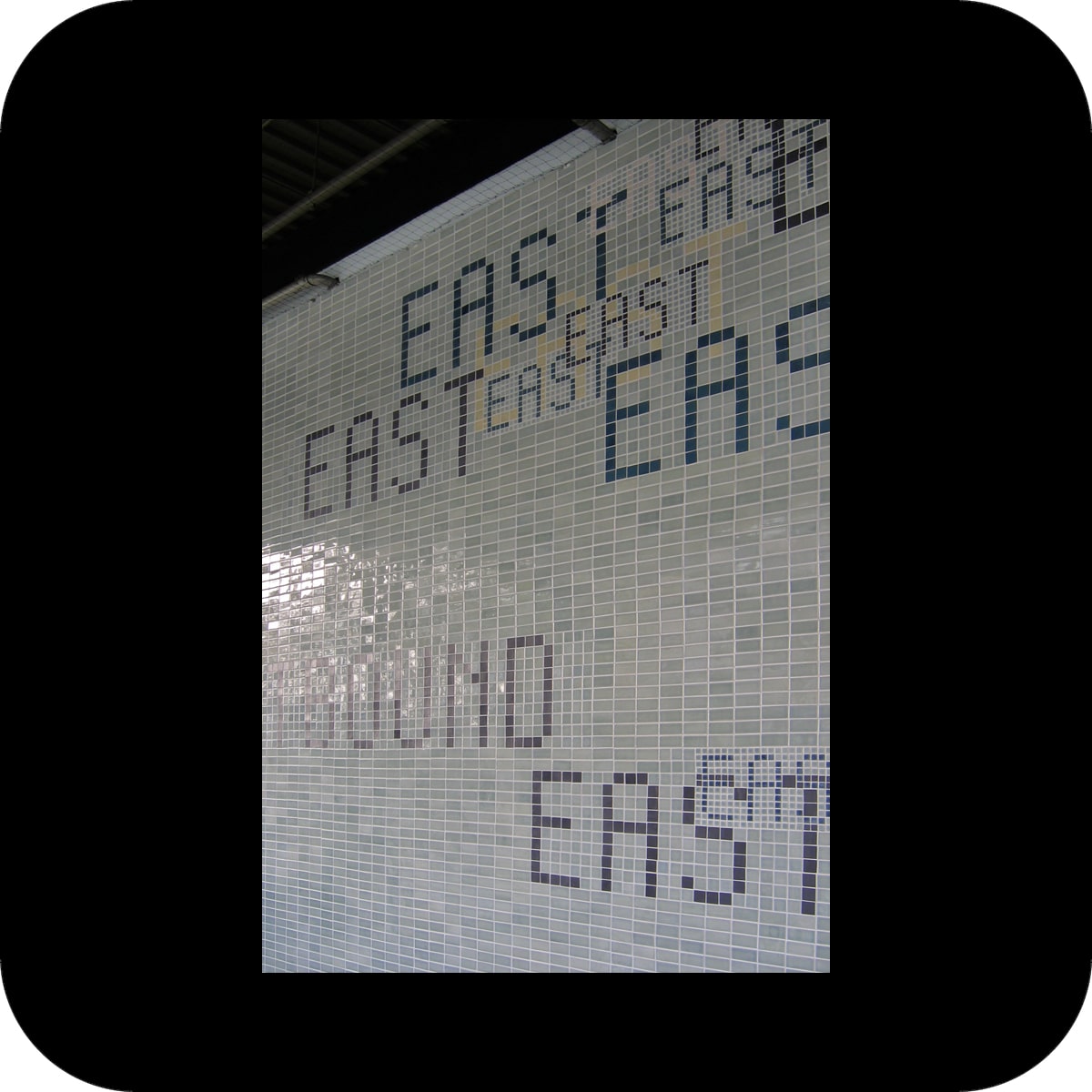 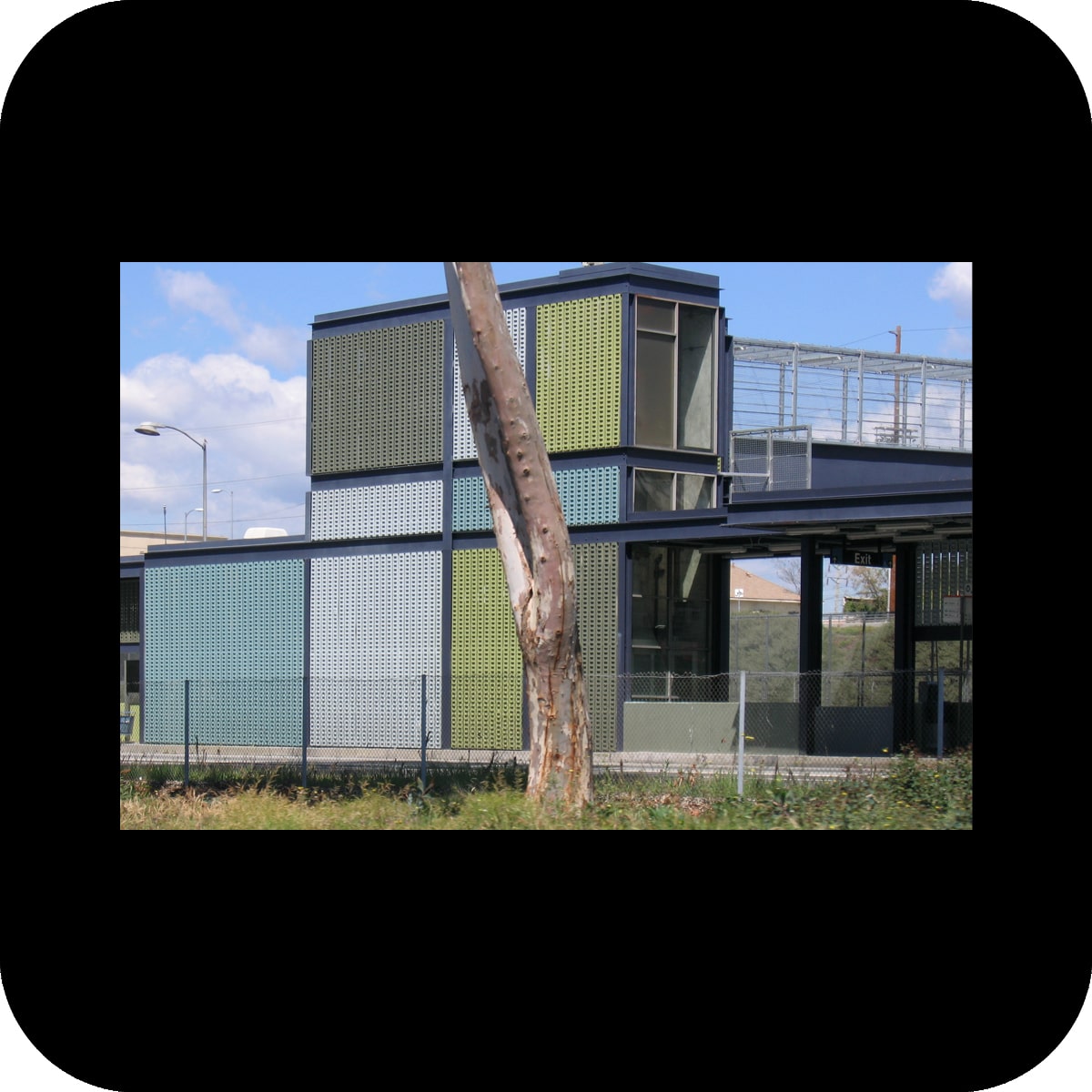 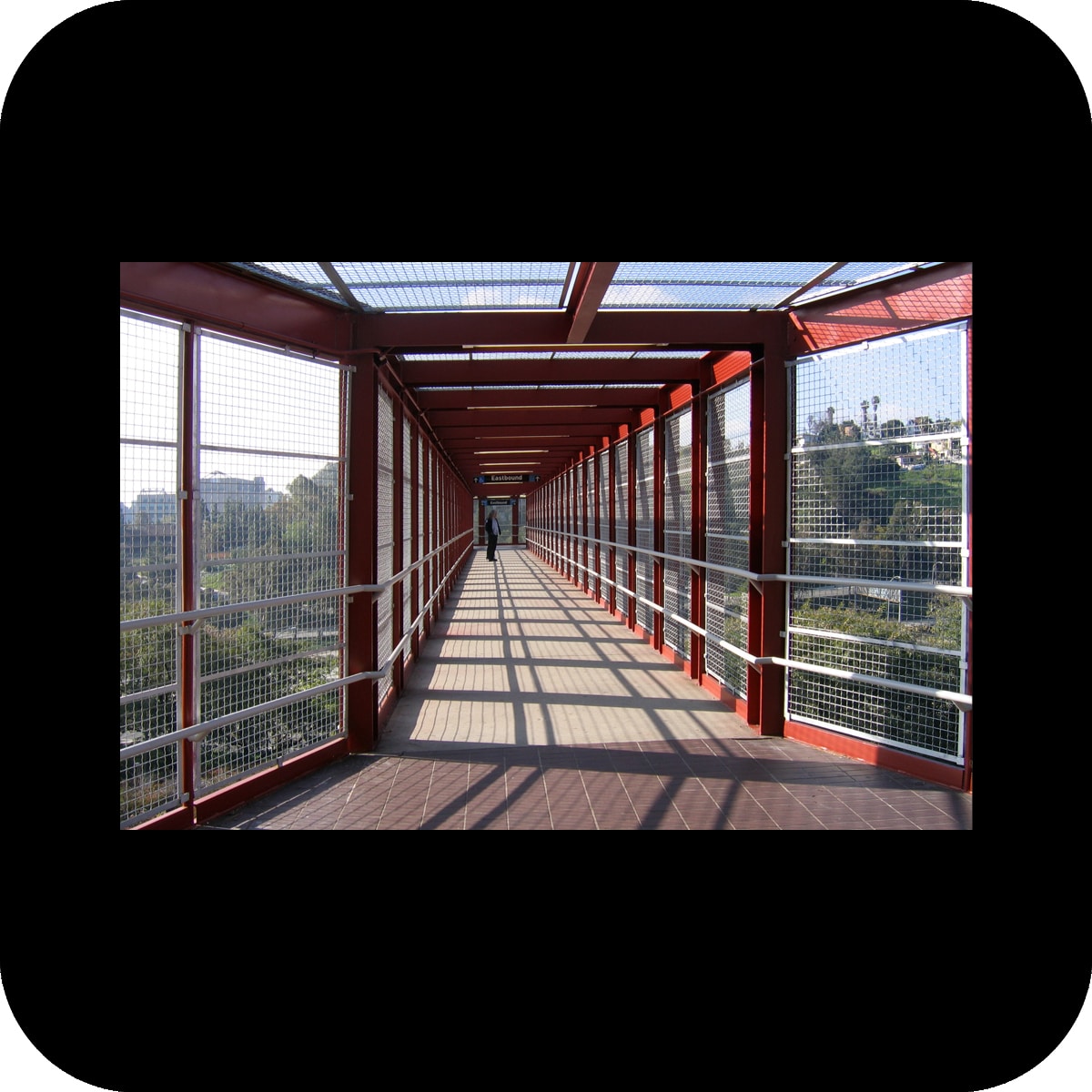 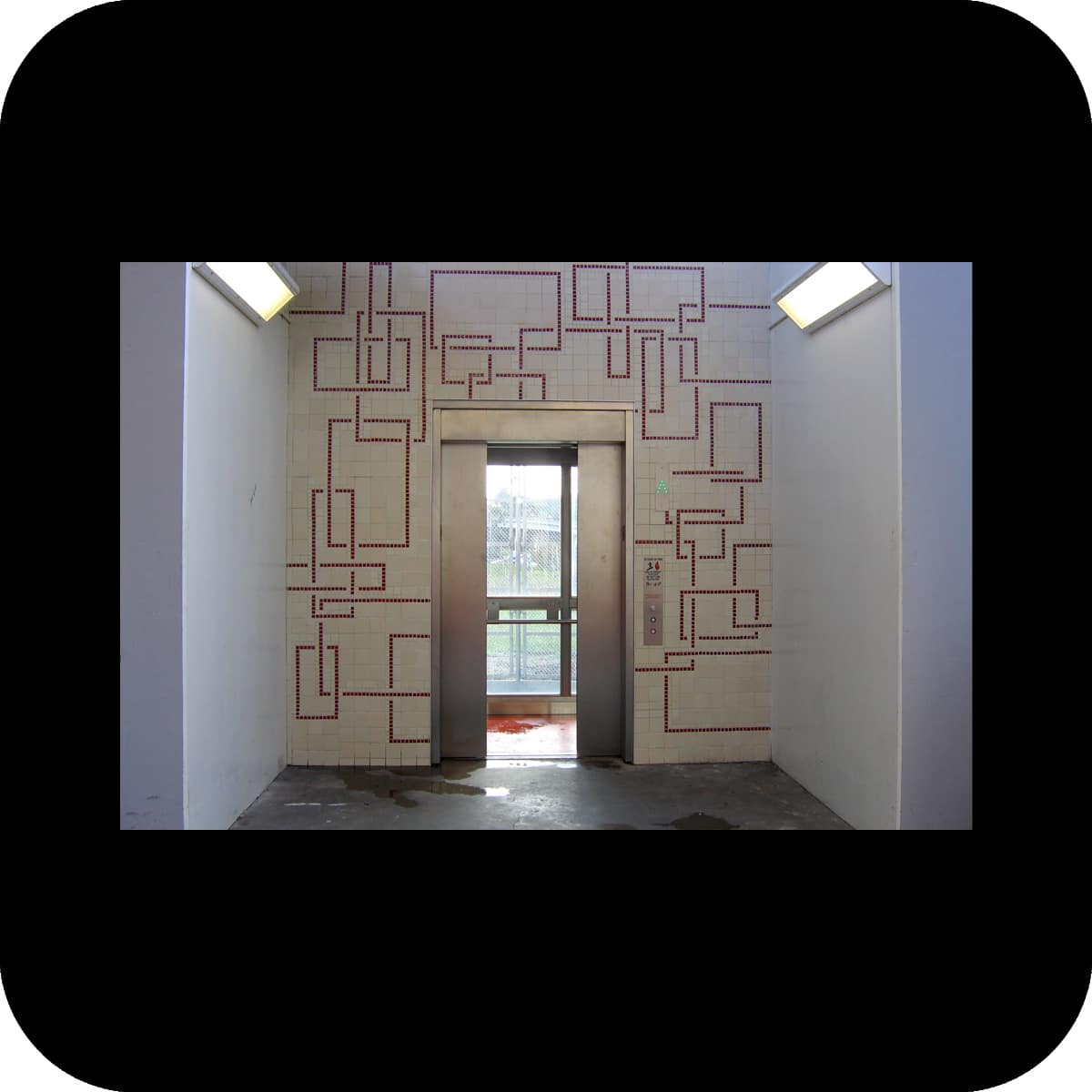 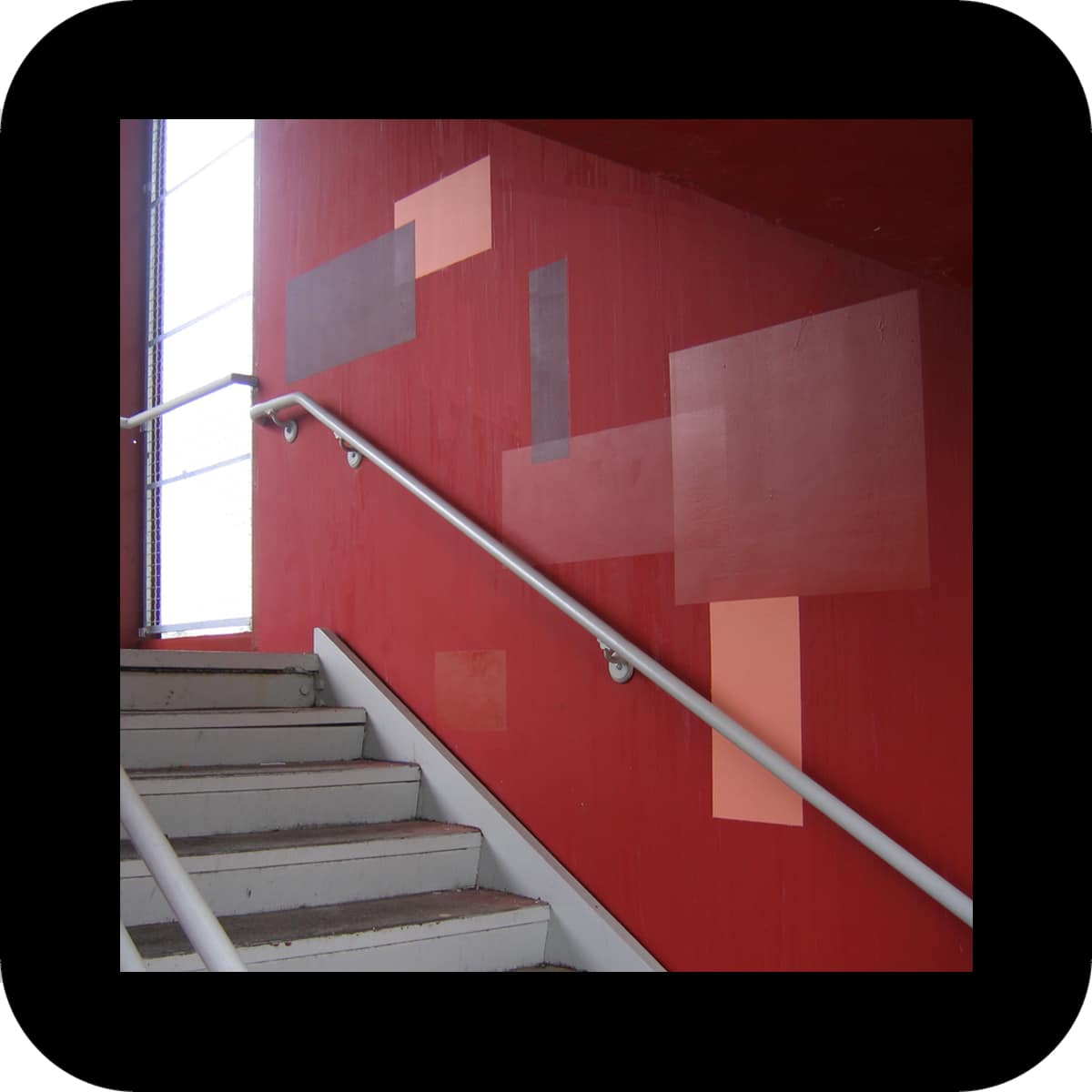 the challenge at both bus-way stations was to convert unappealing, utilitarian structures next to a freeway into more attractive environments through new color schemes and tile applications.