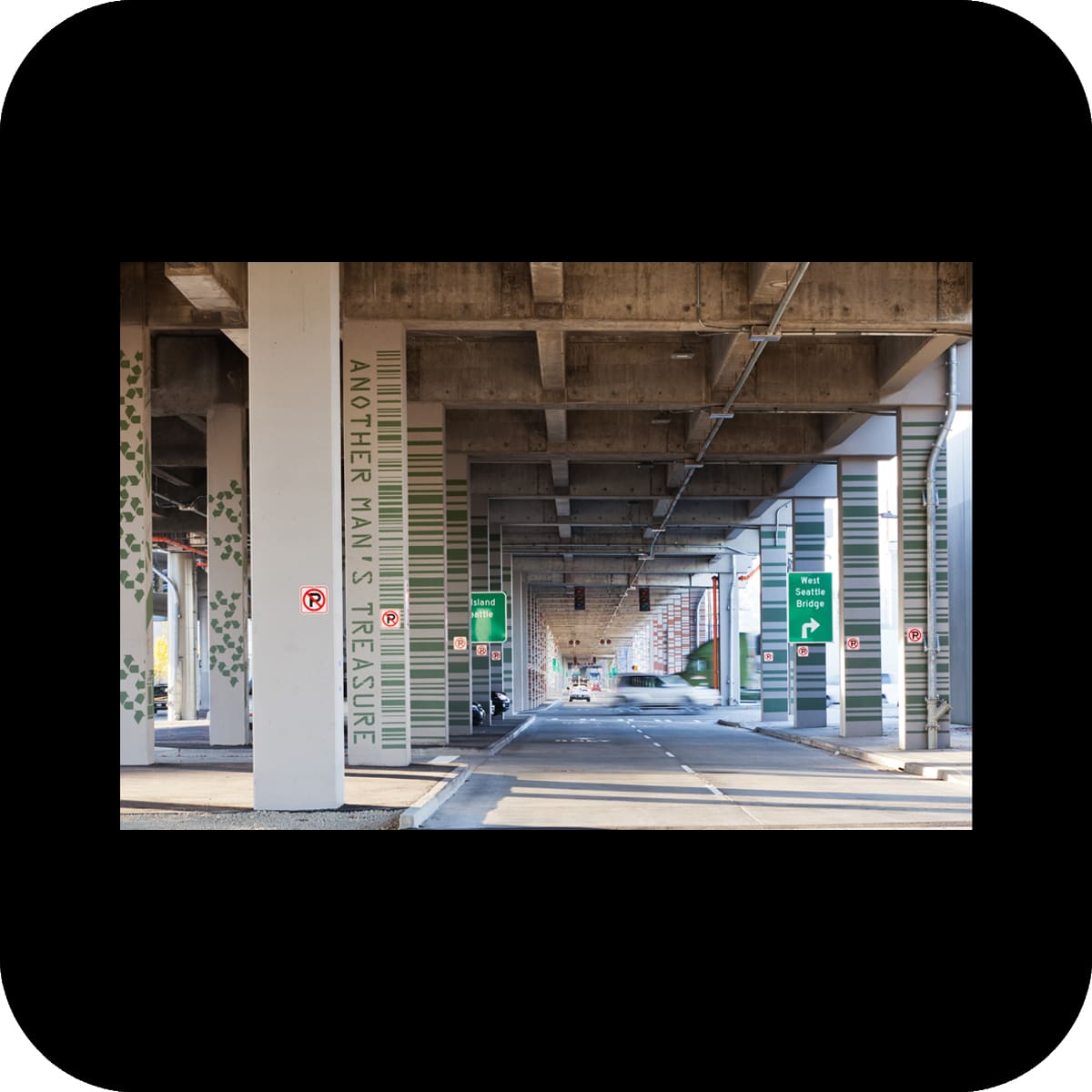 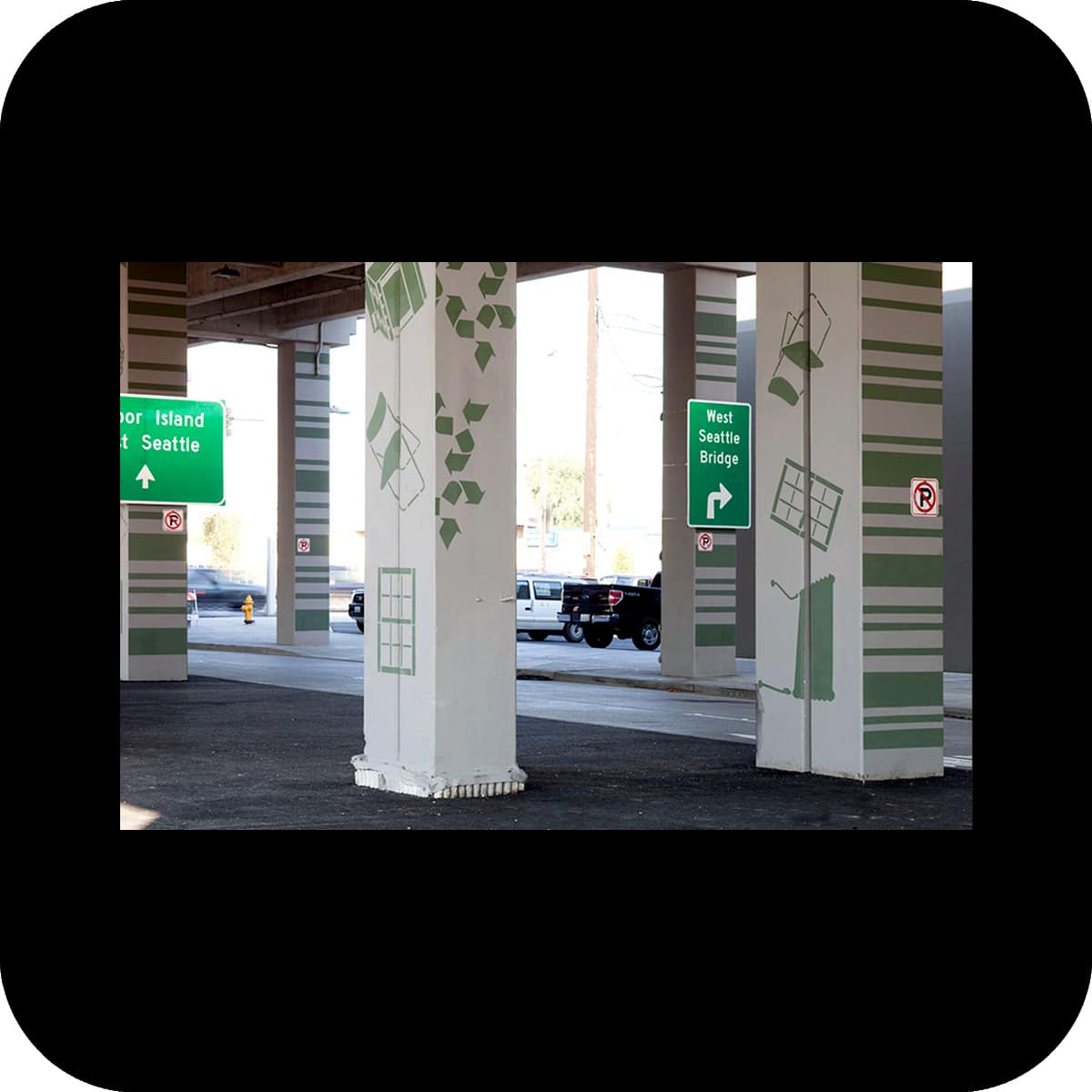 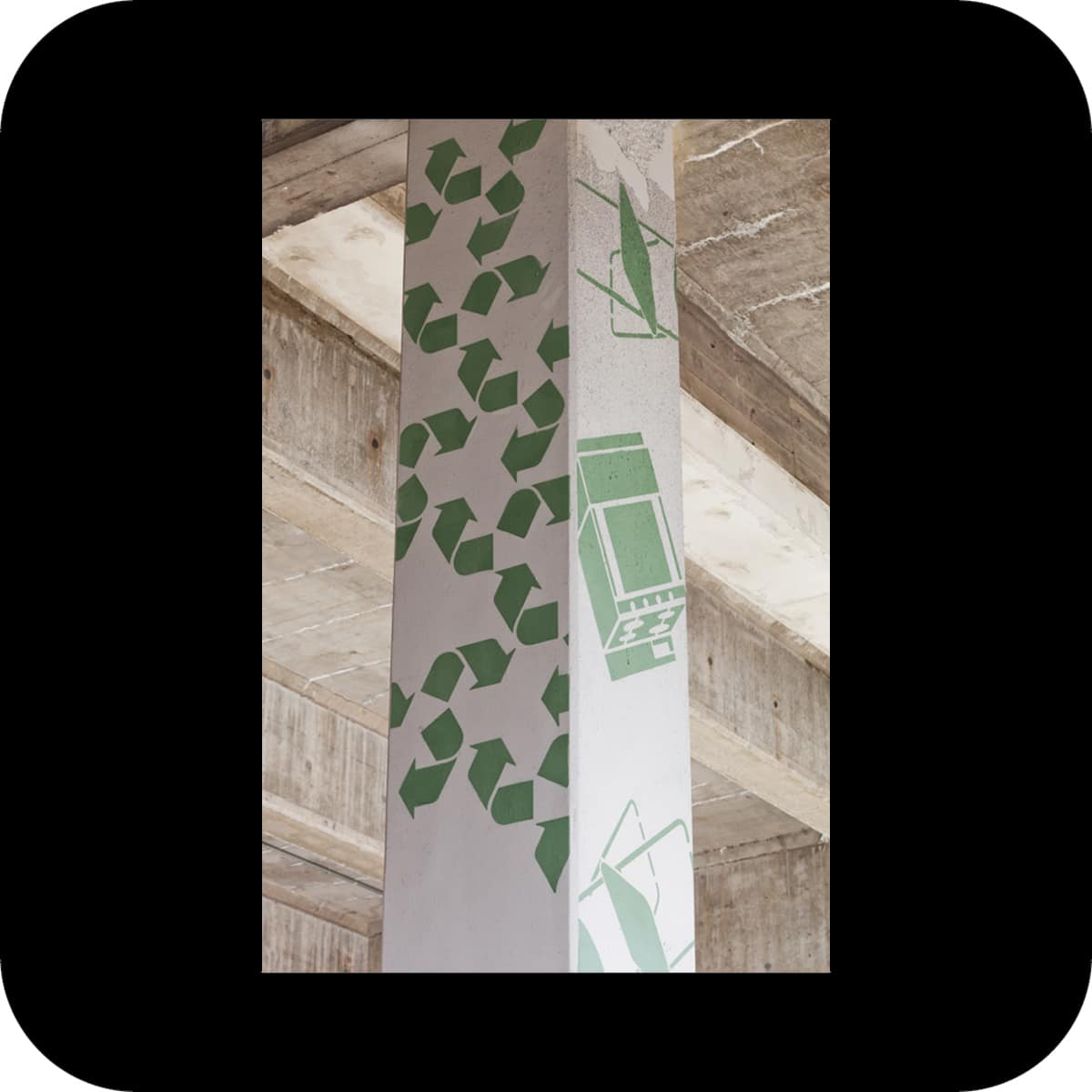 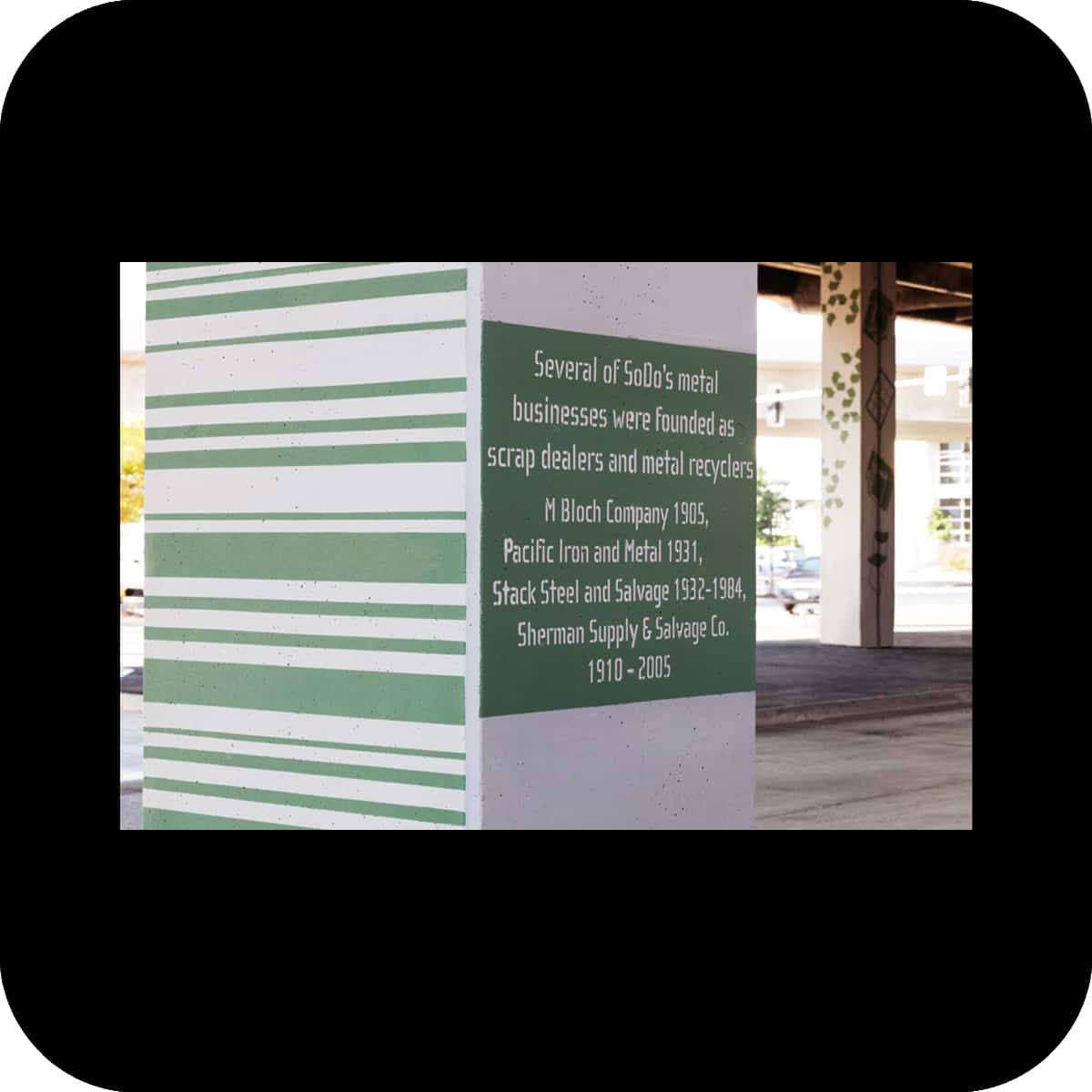 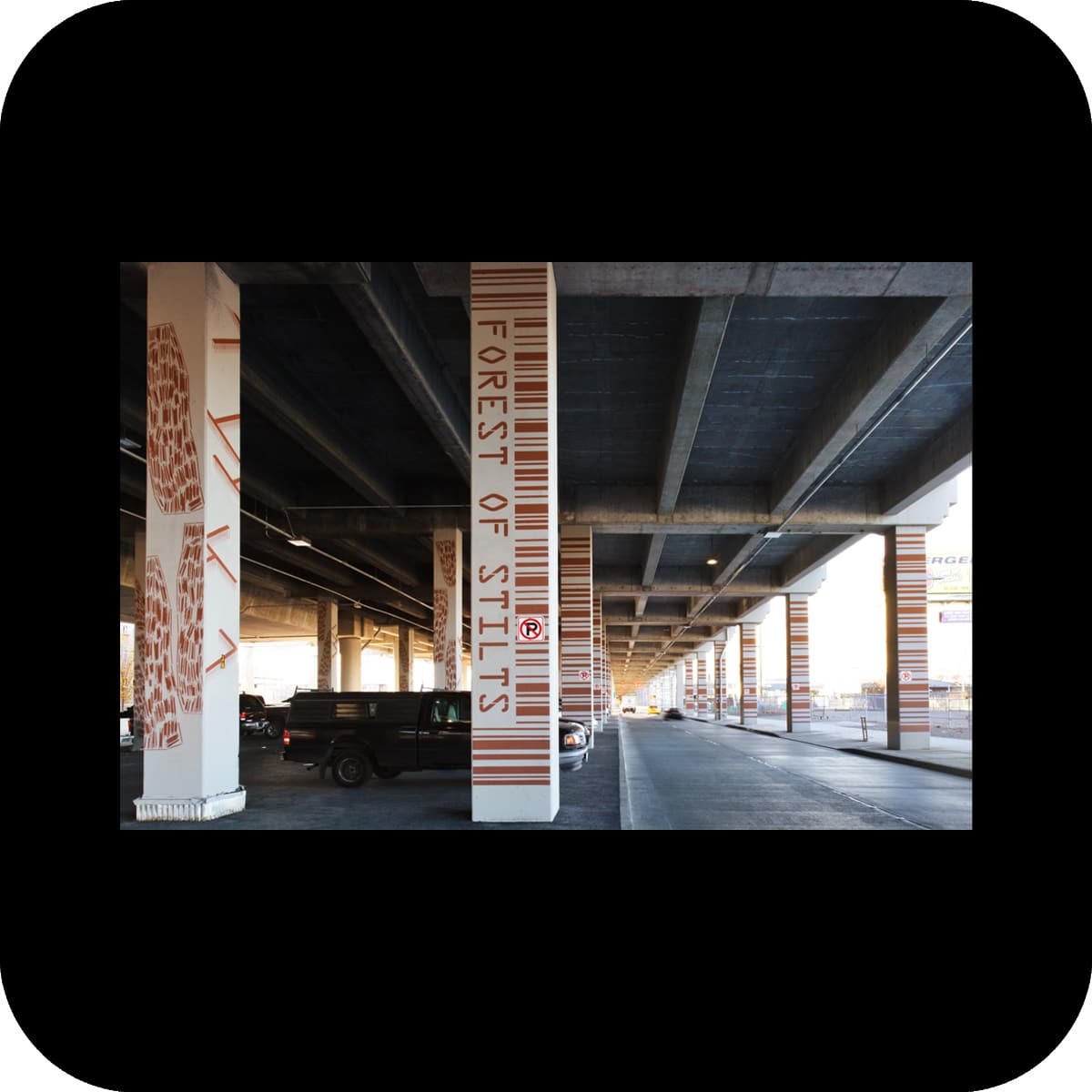 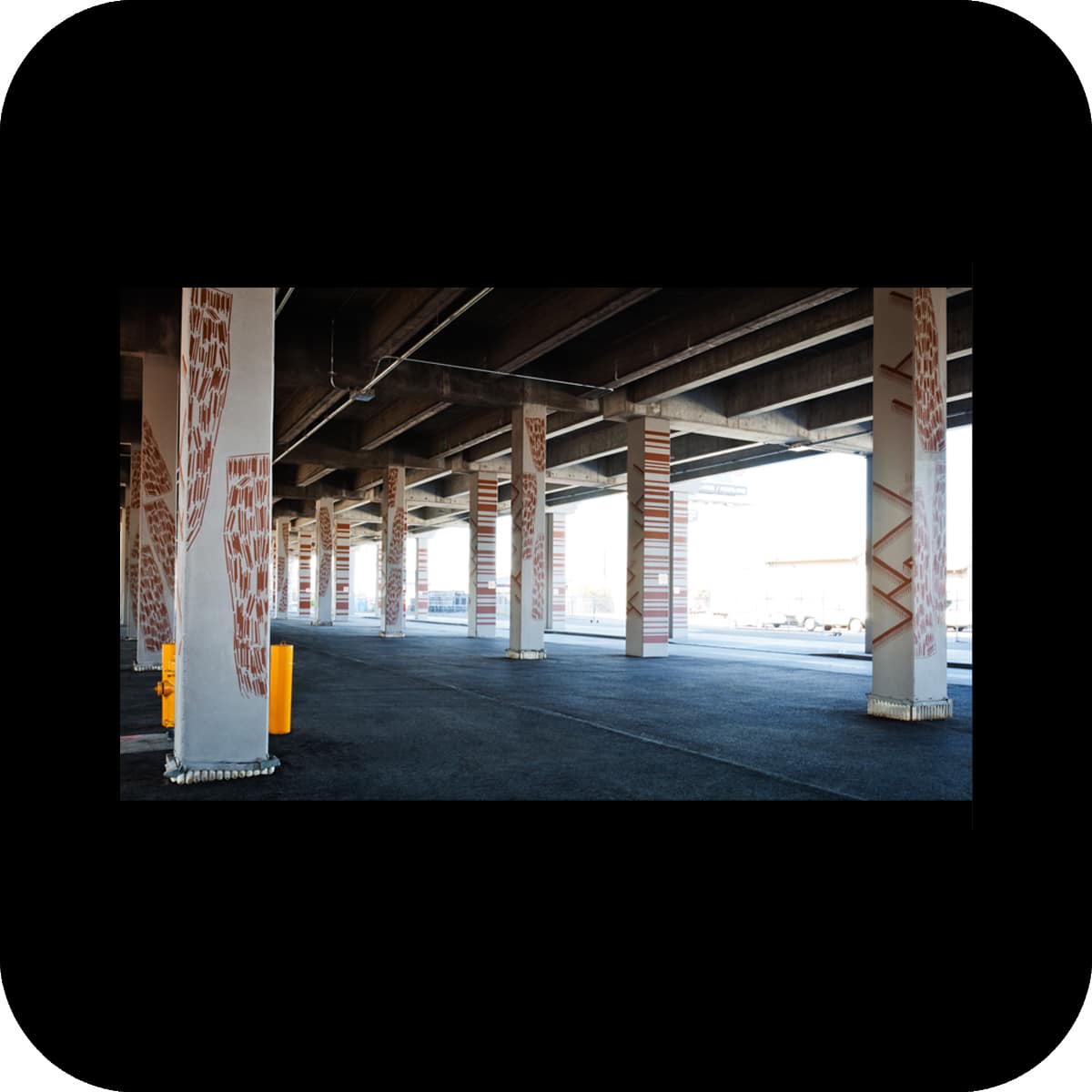 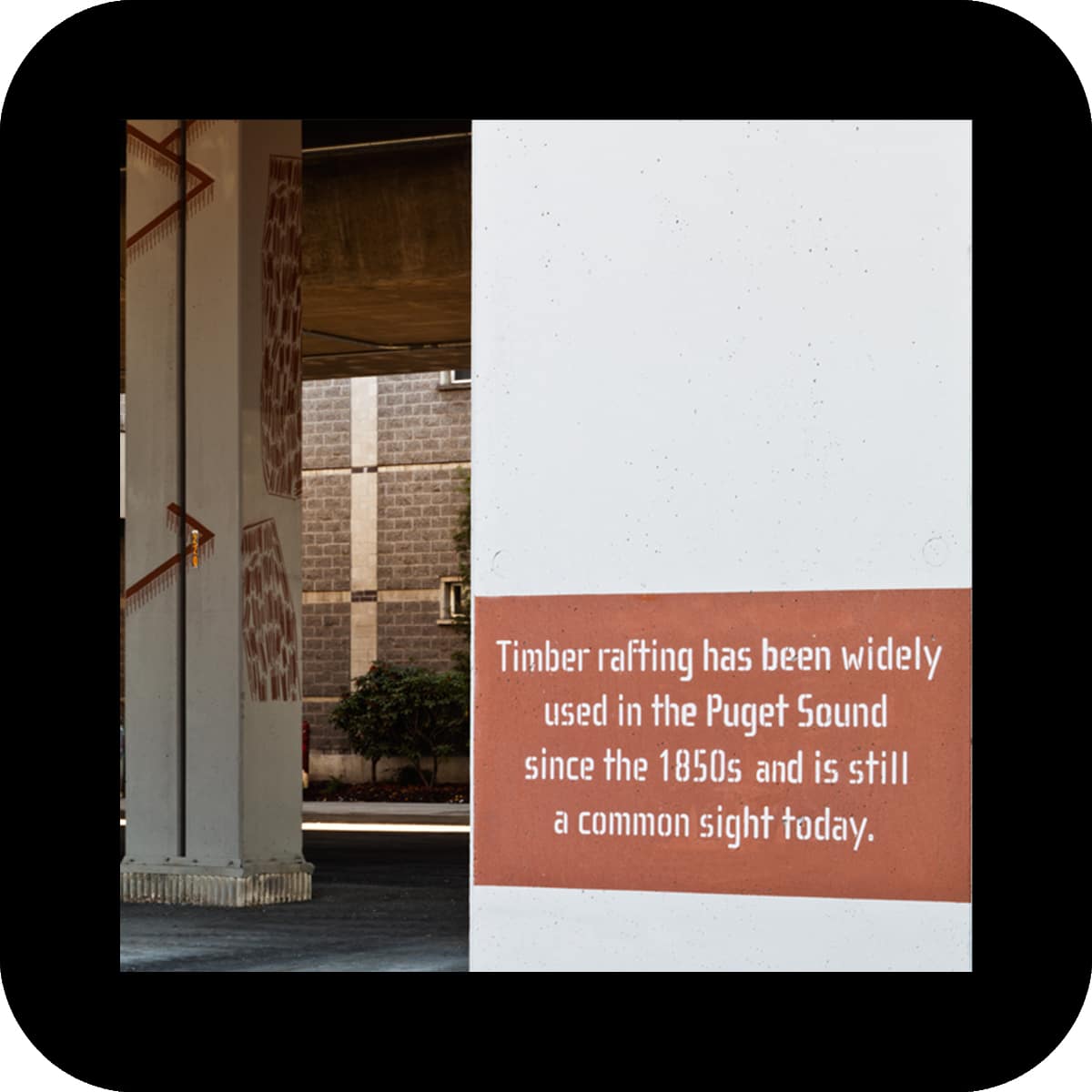 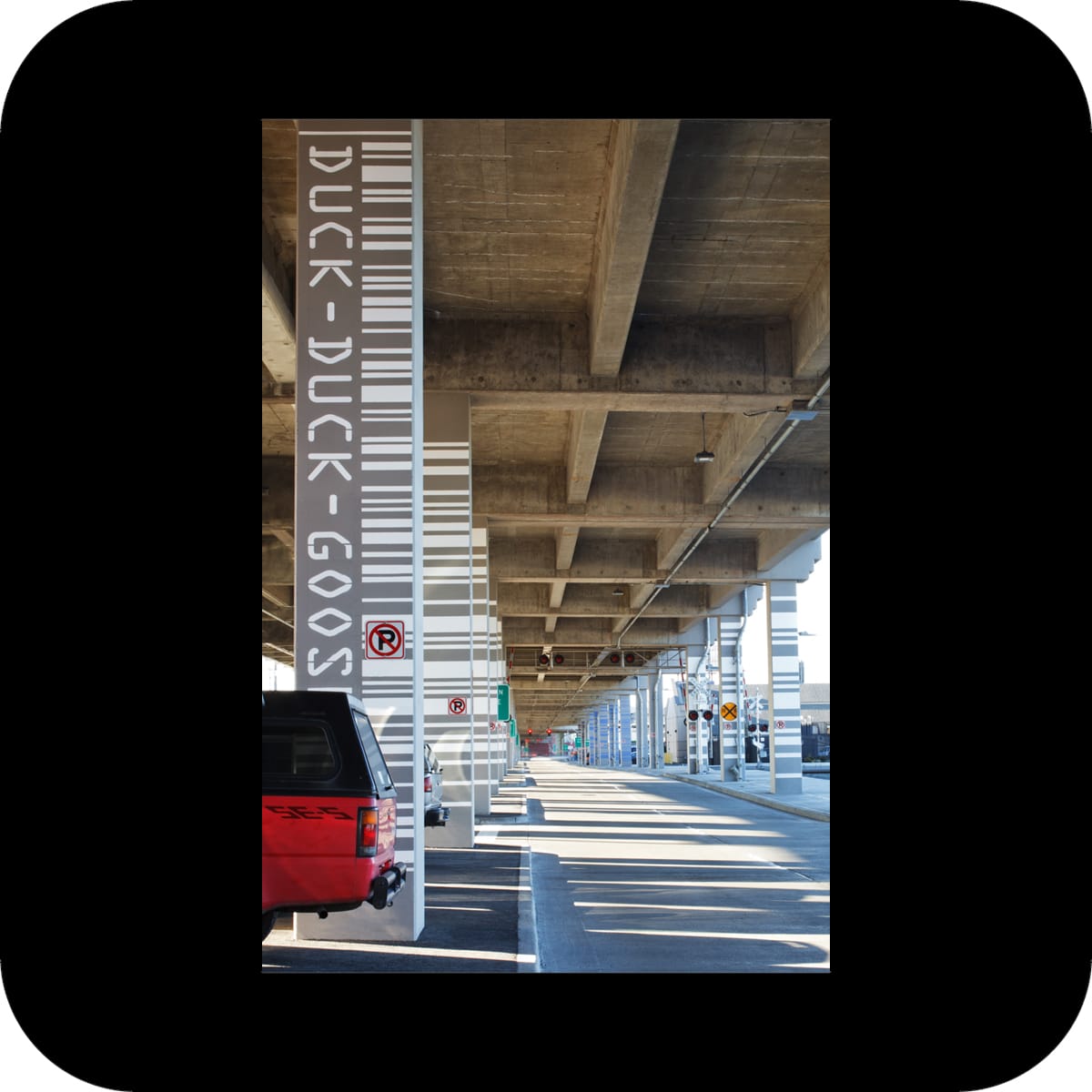 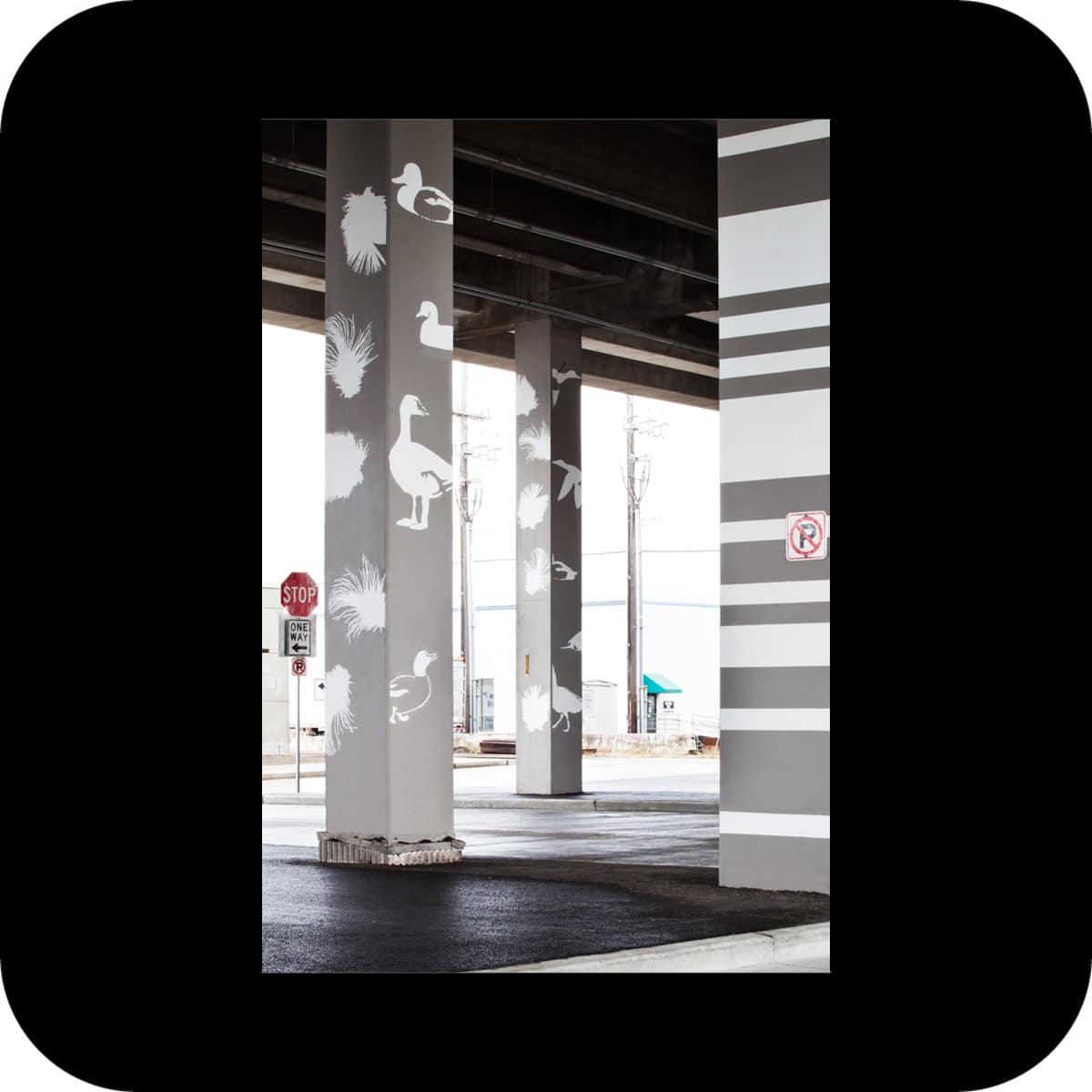 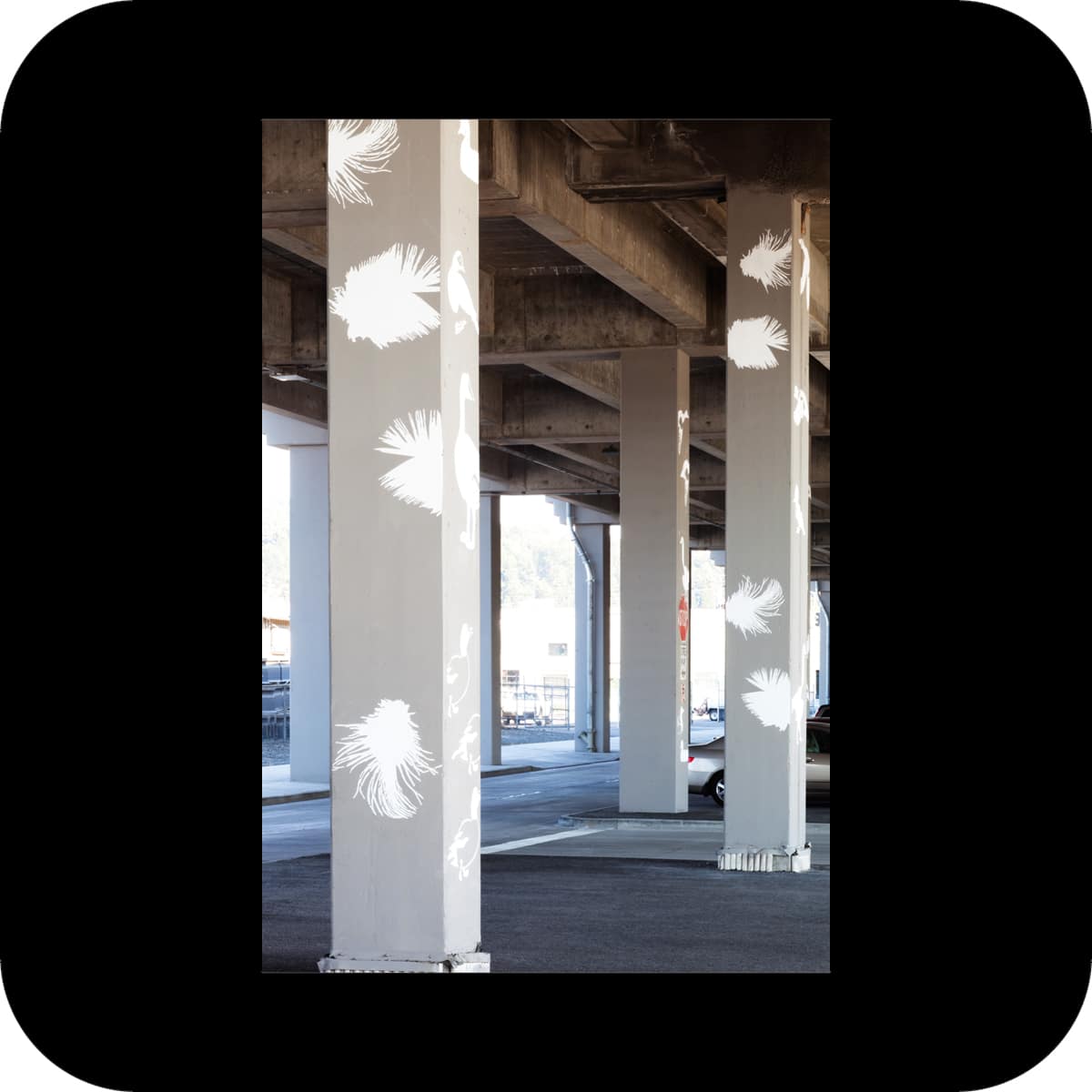 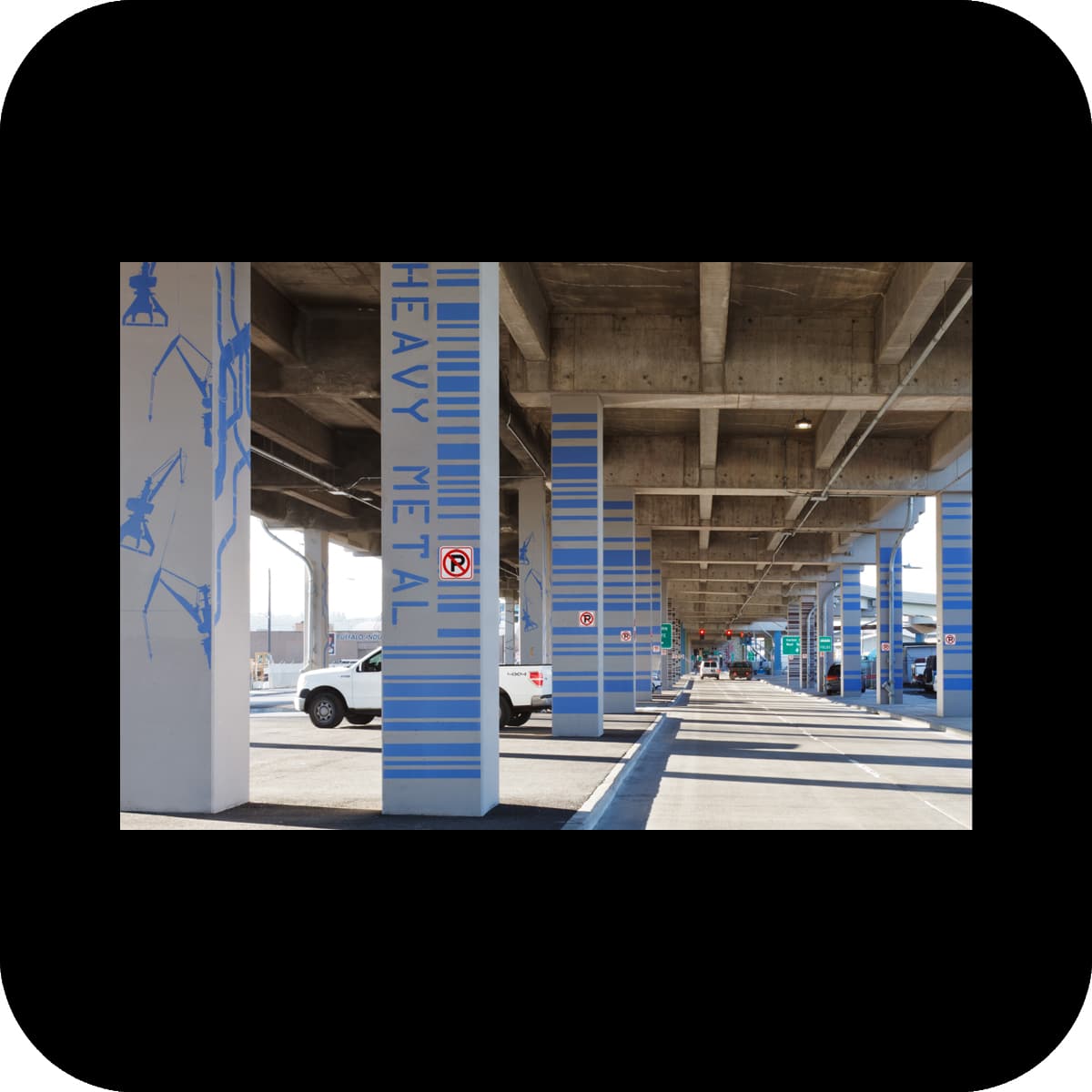 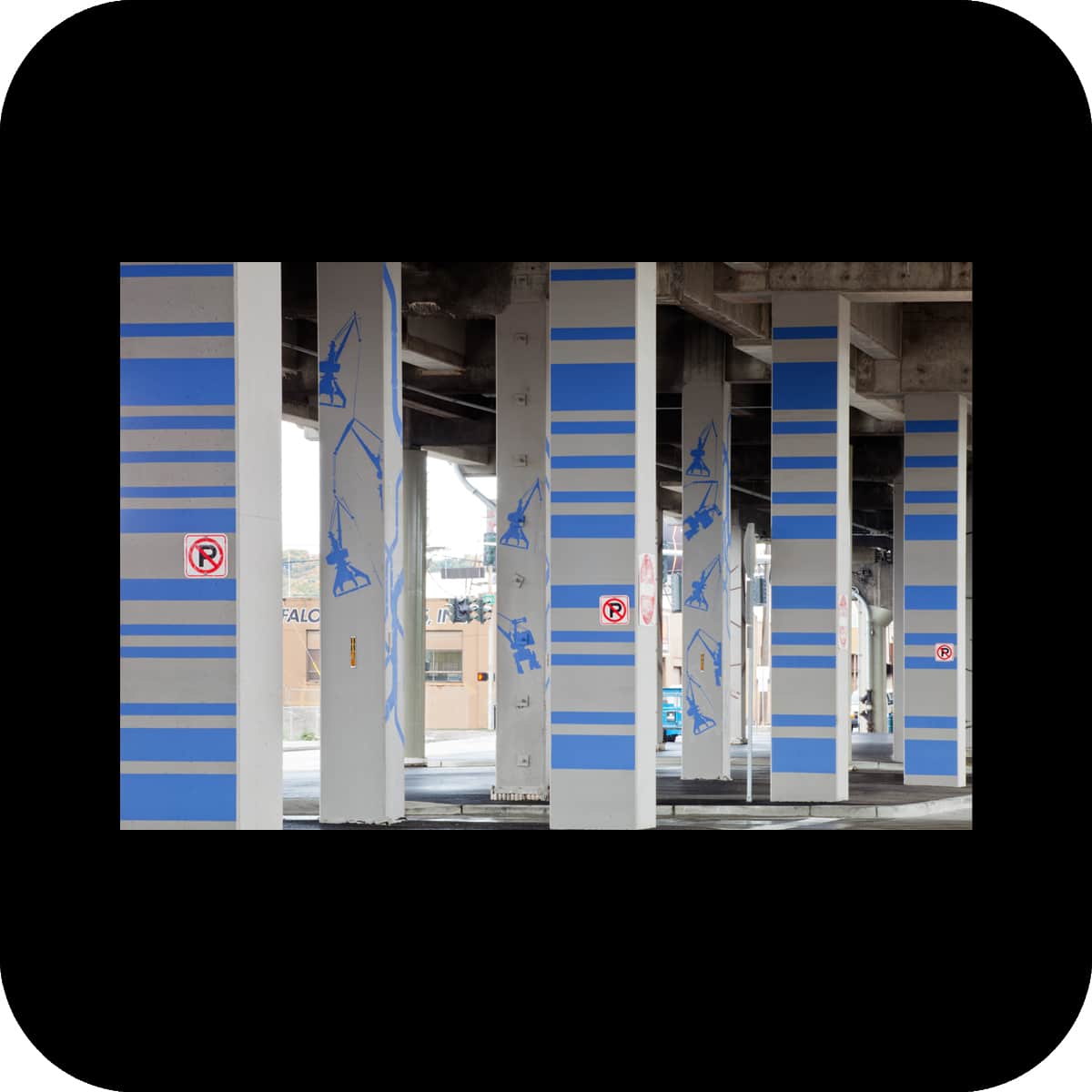 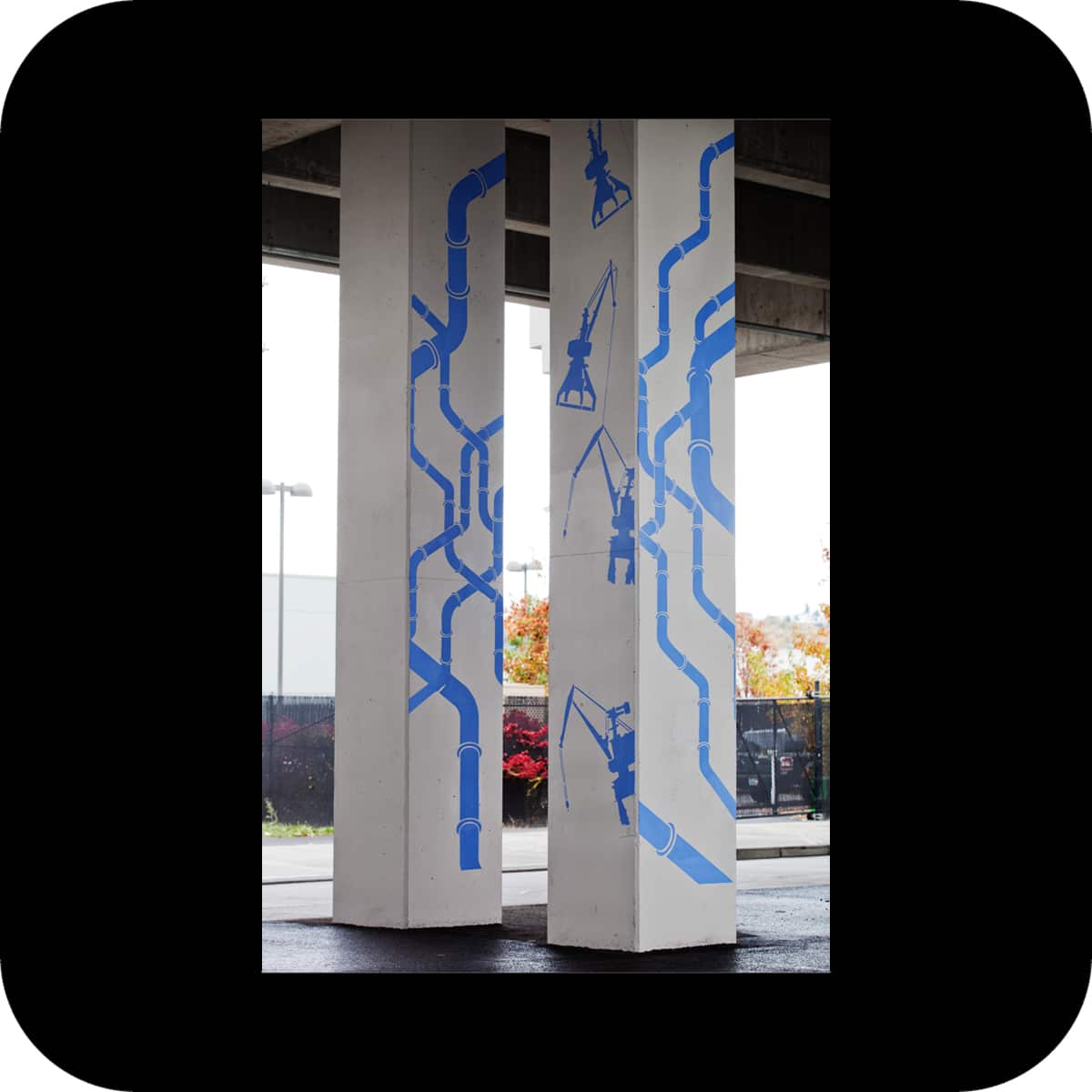 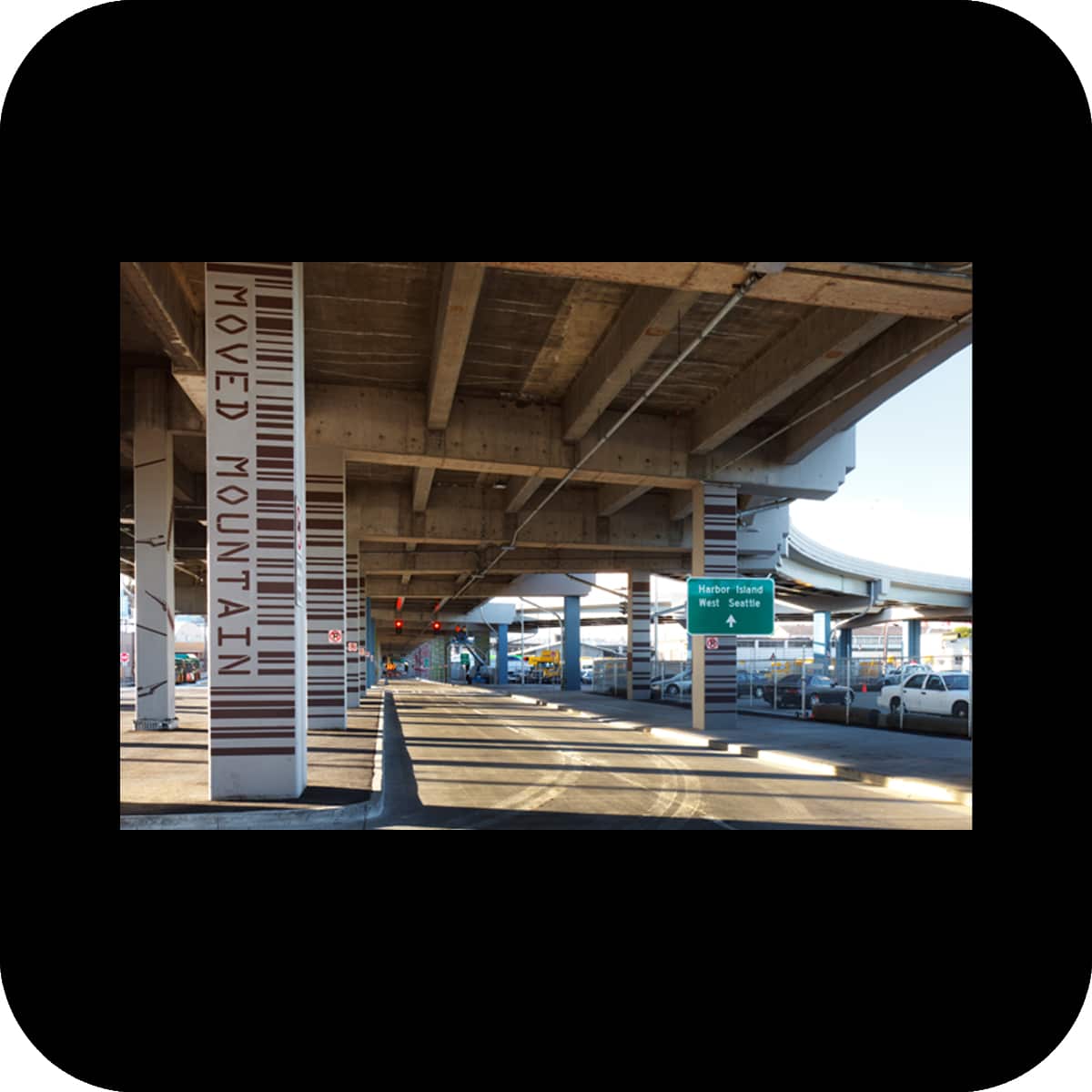 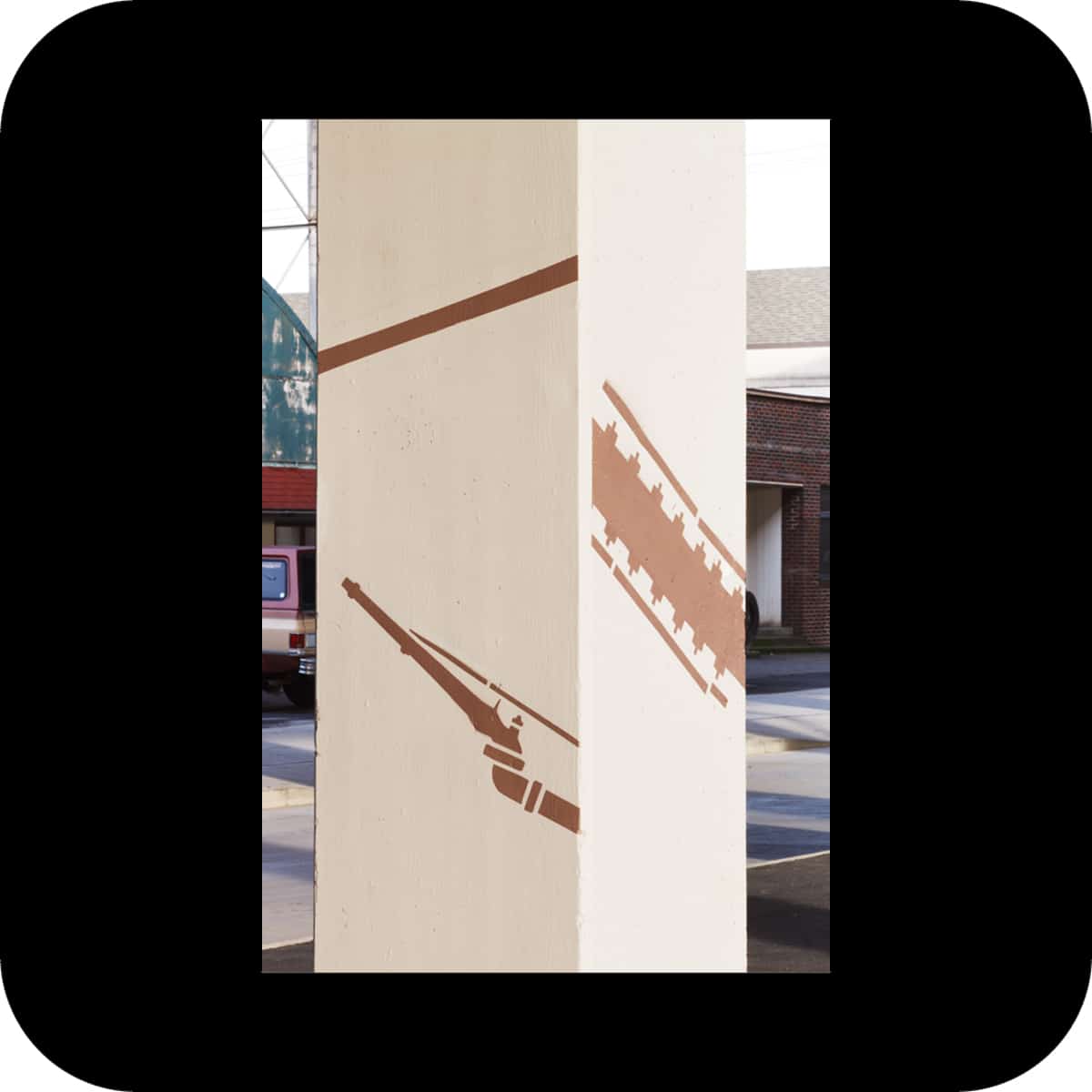 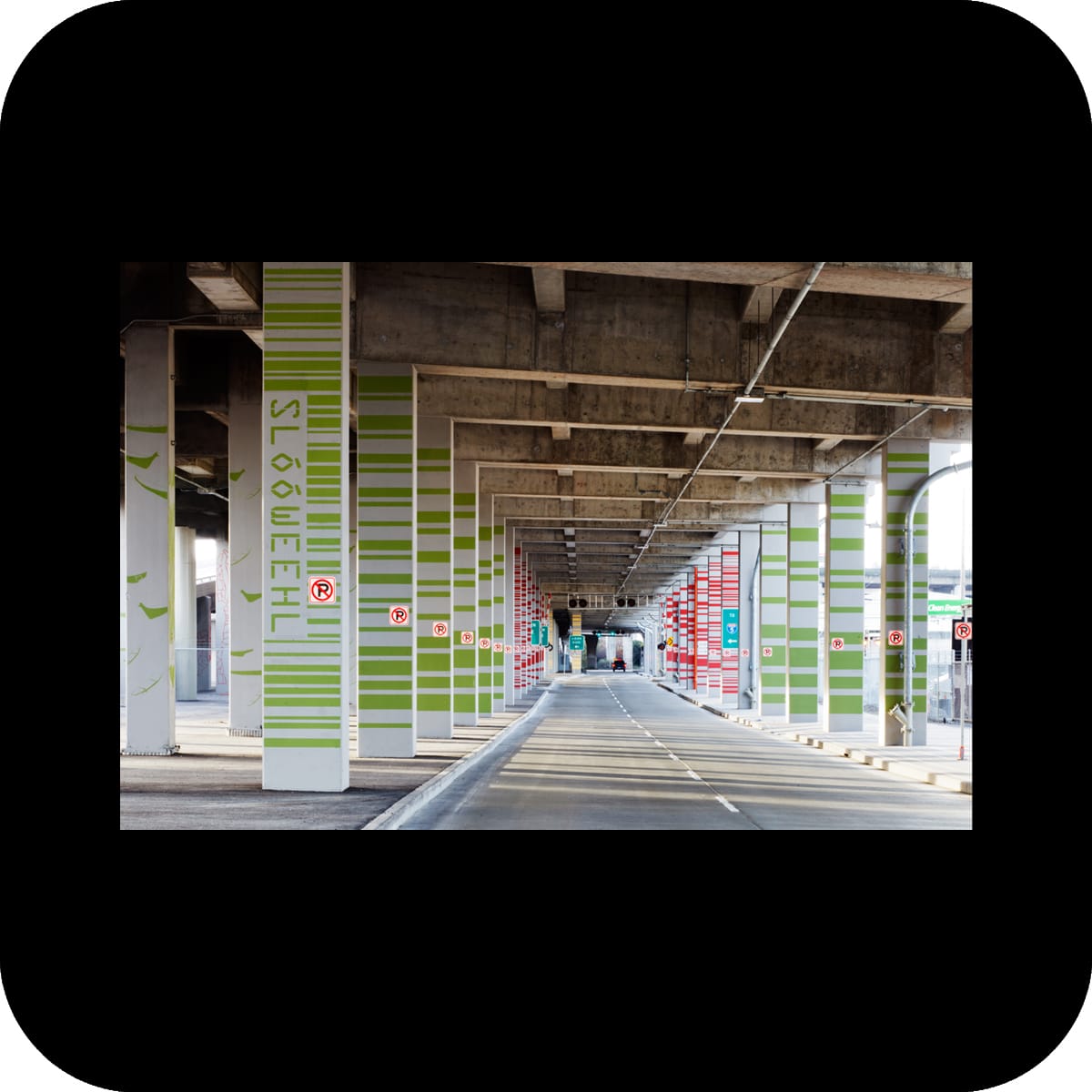 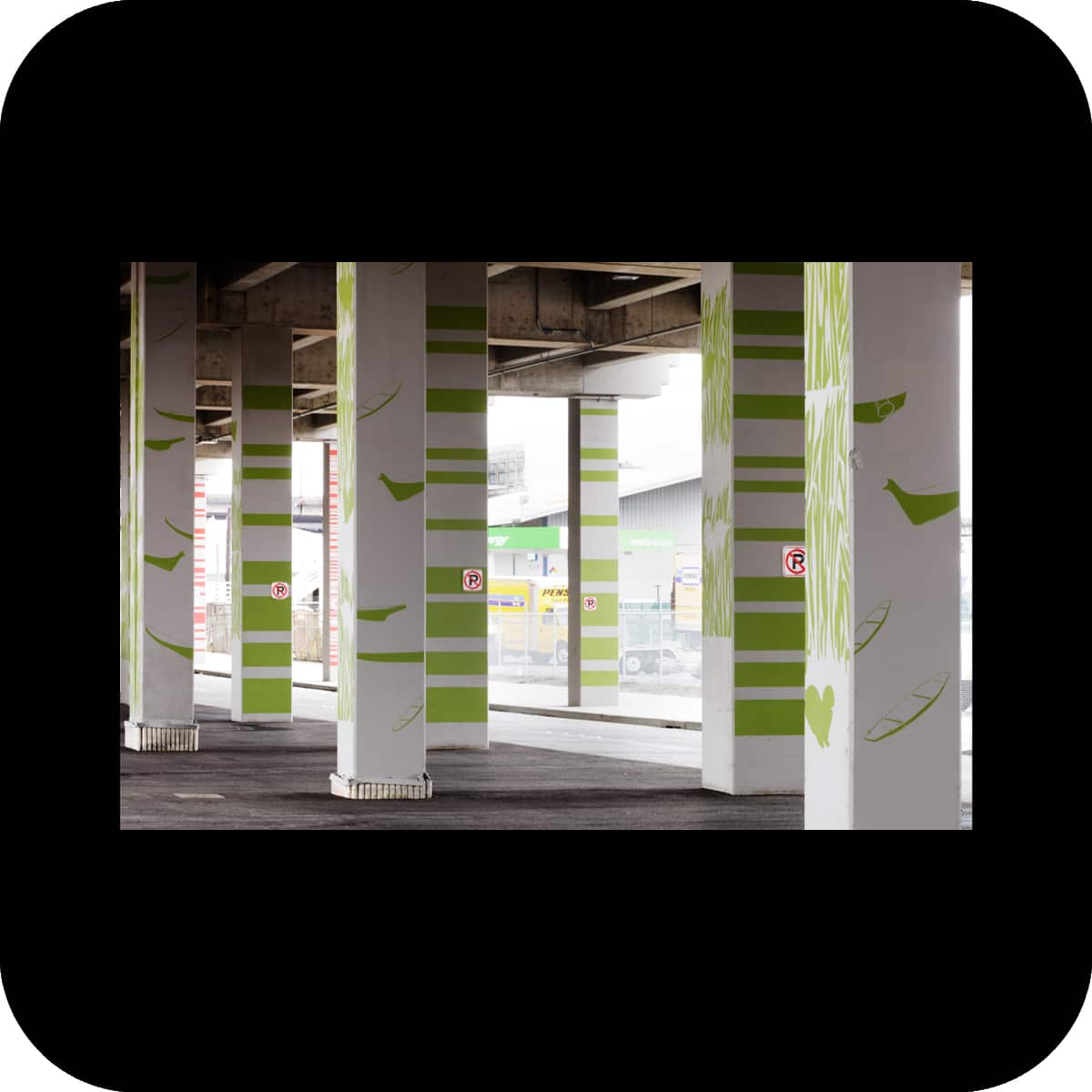 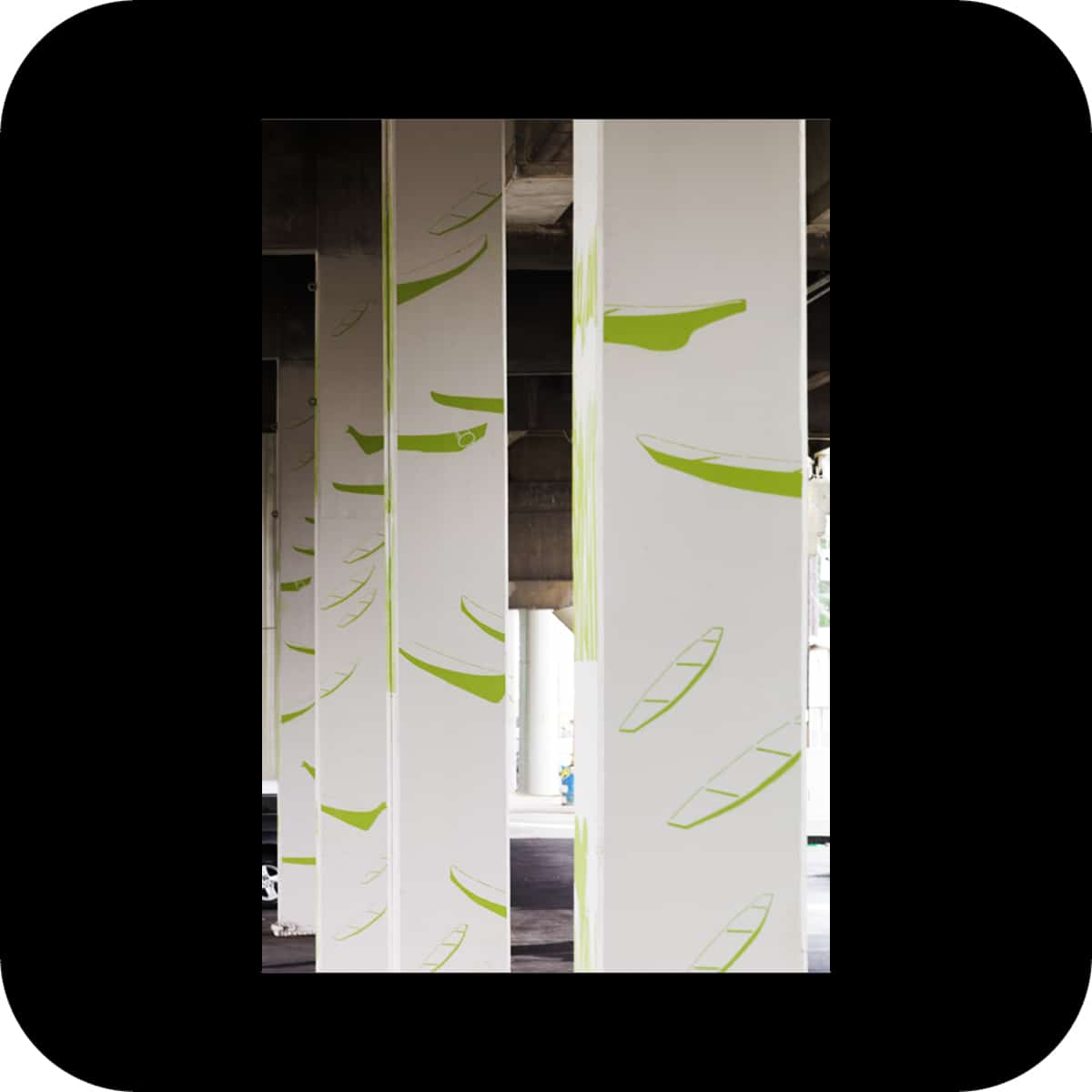 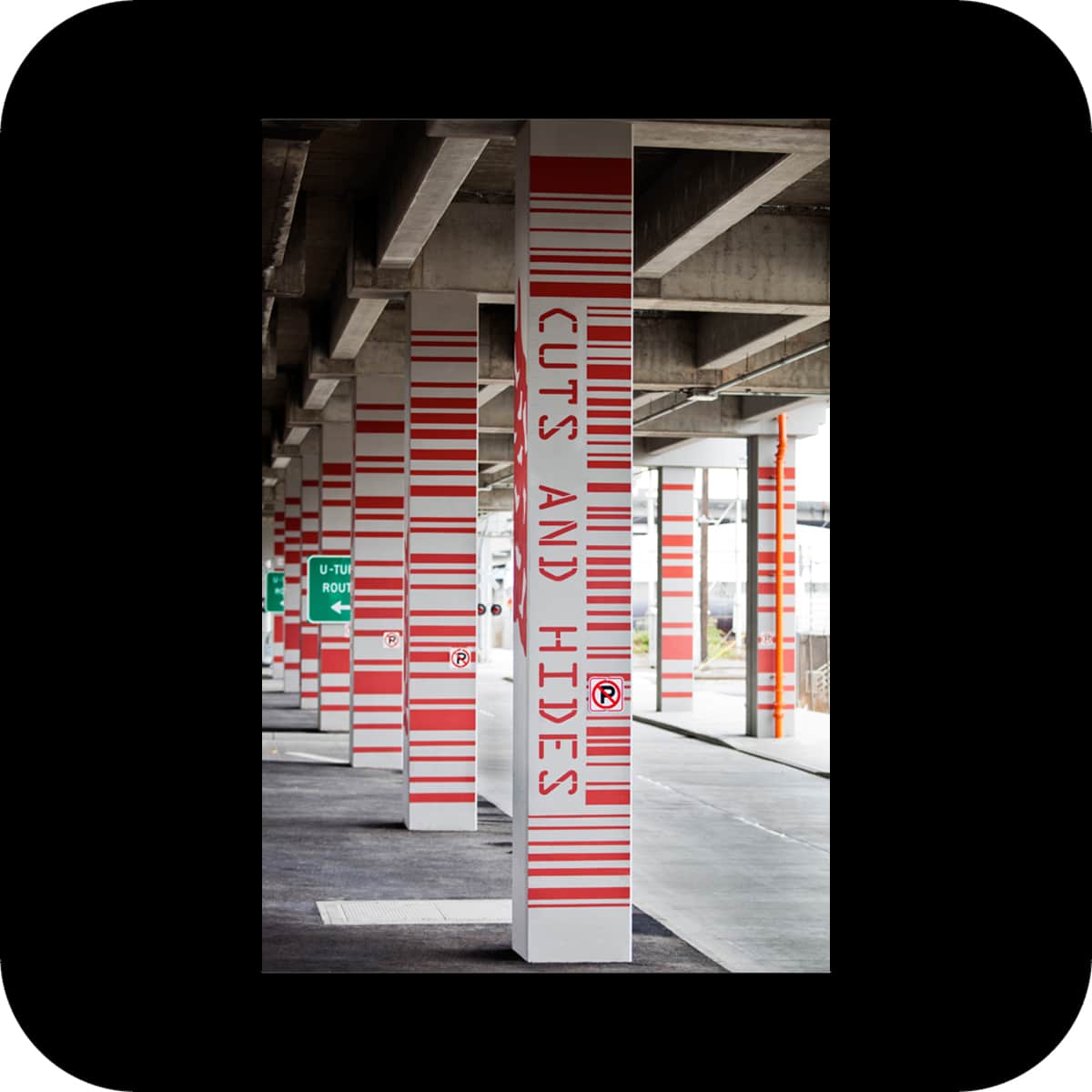 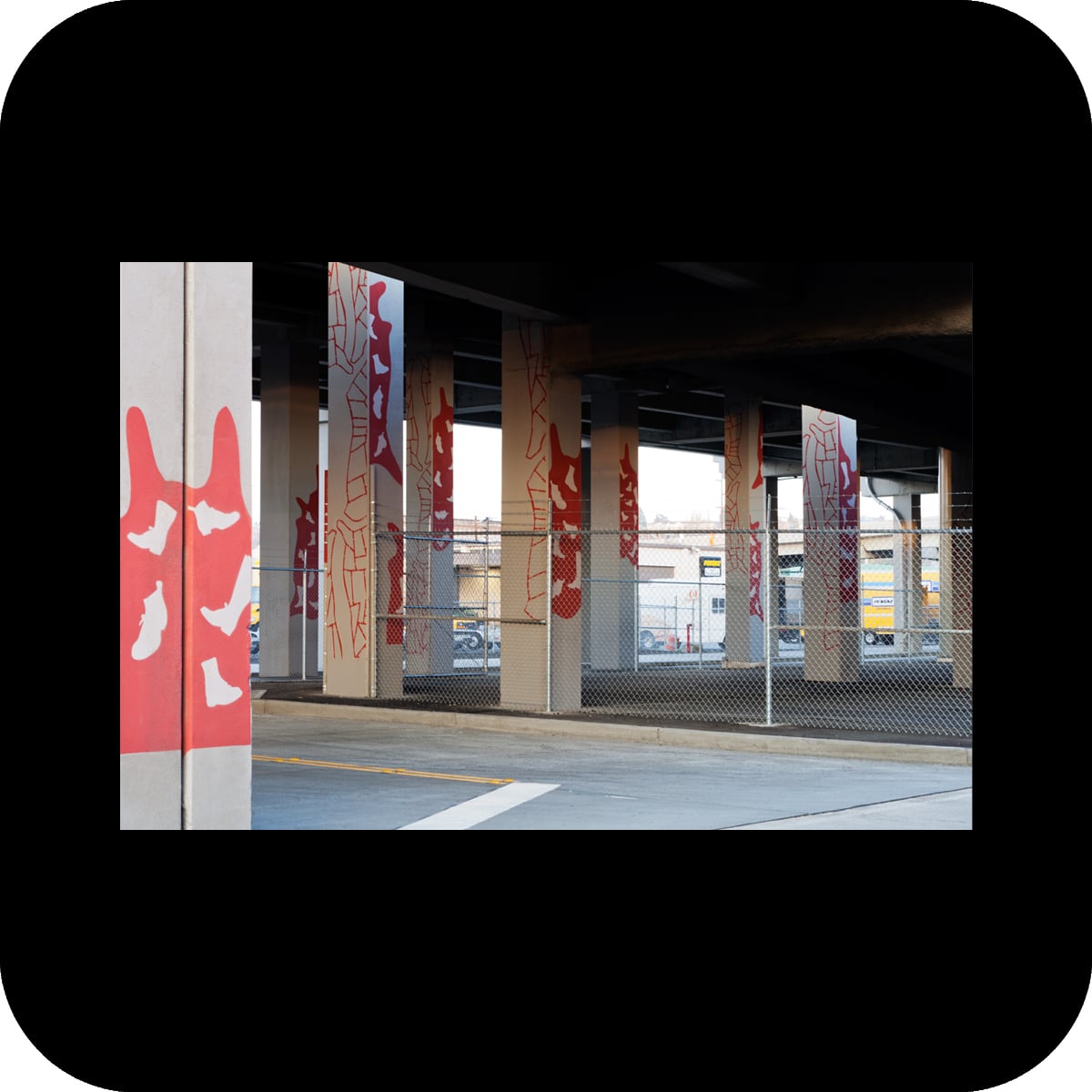 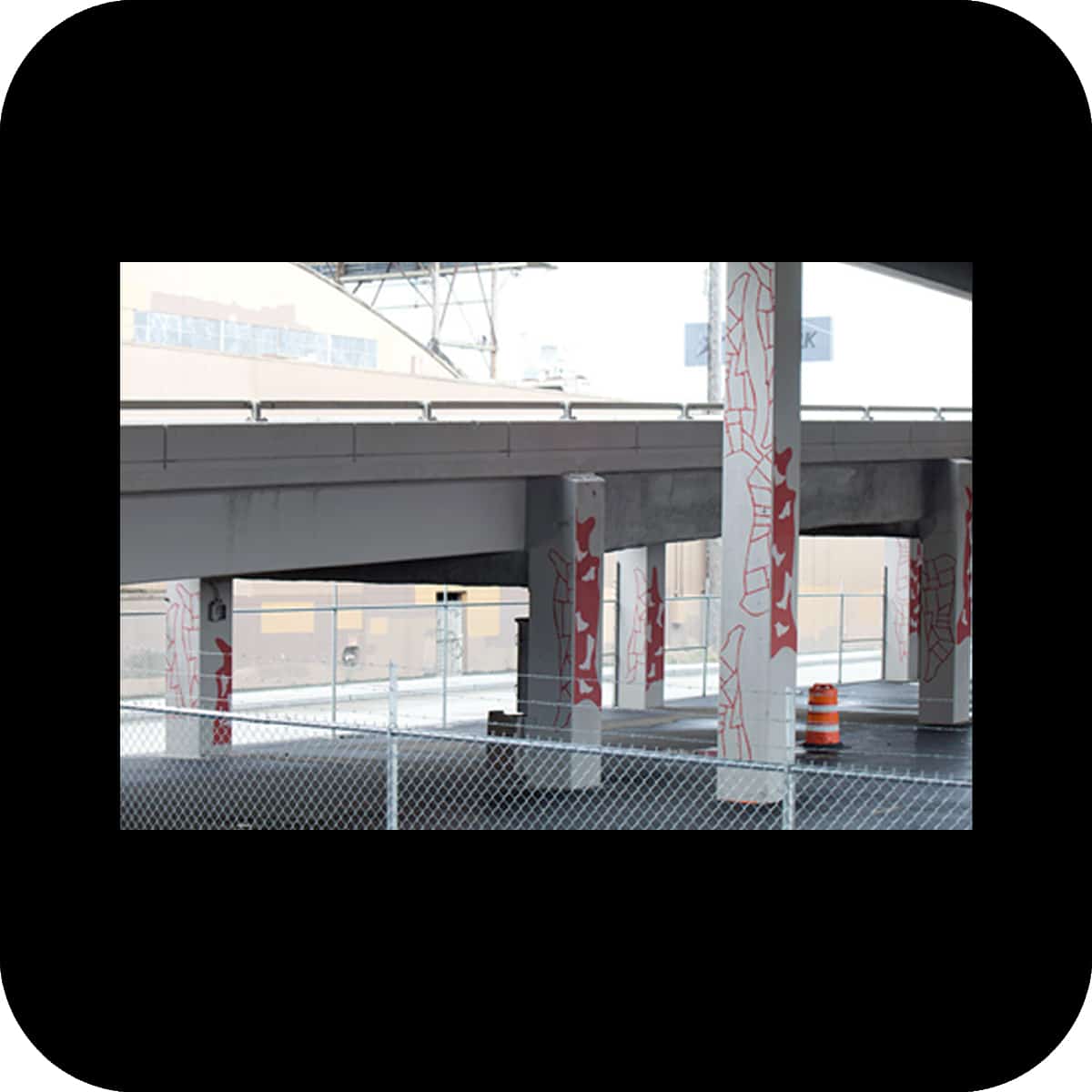 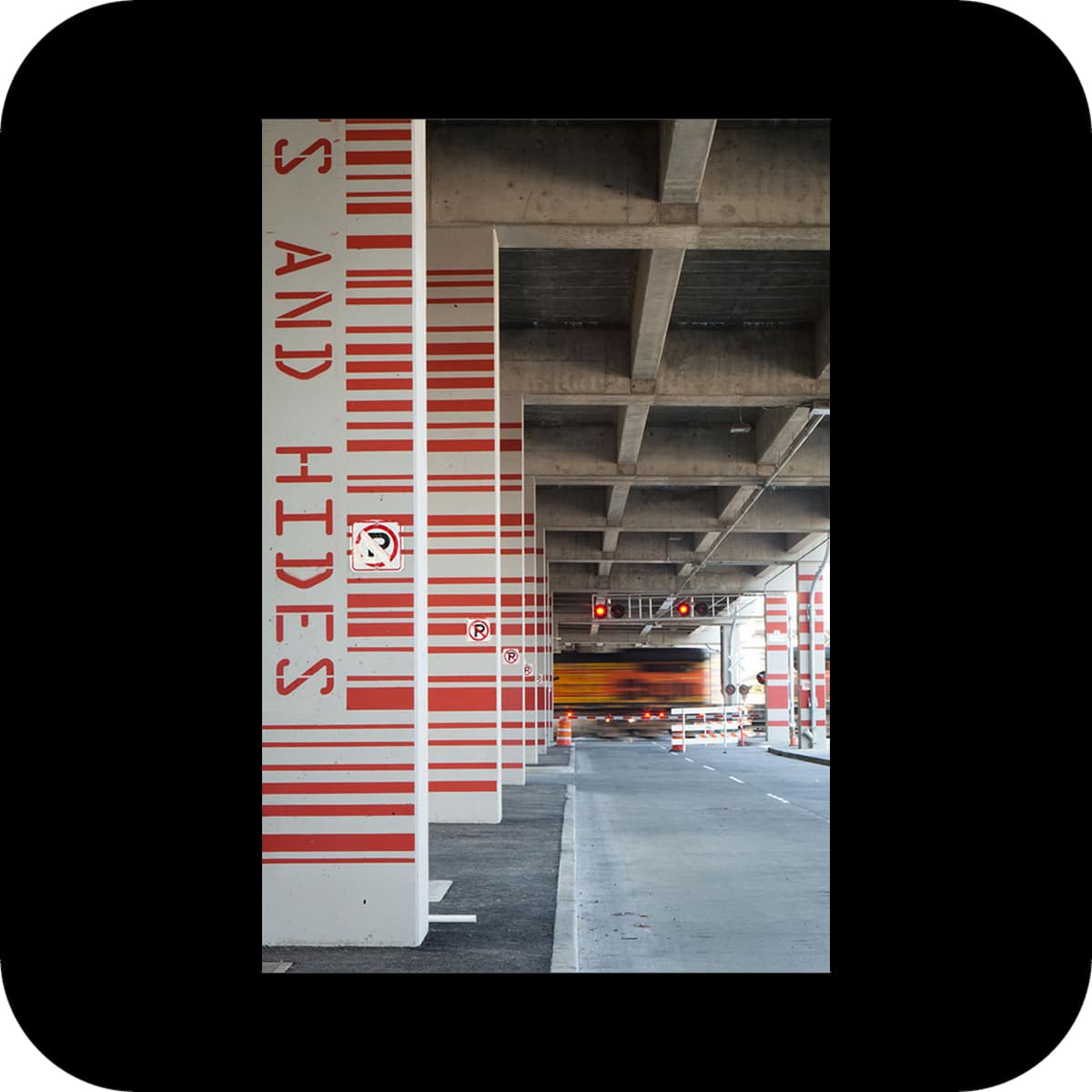 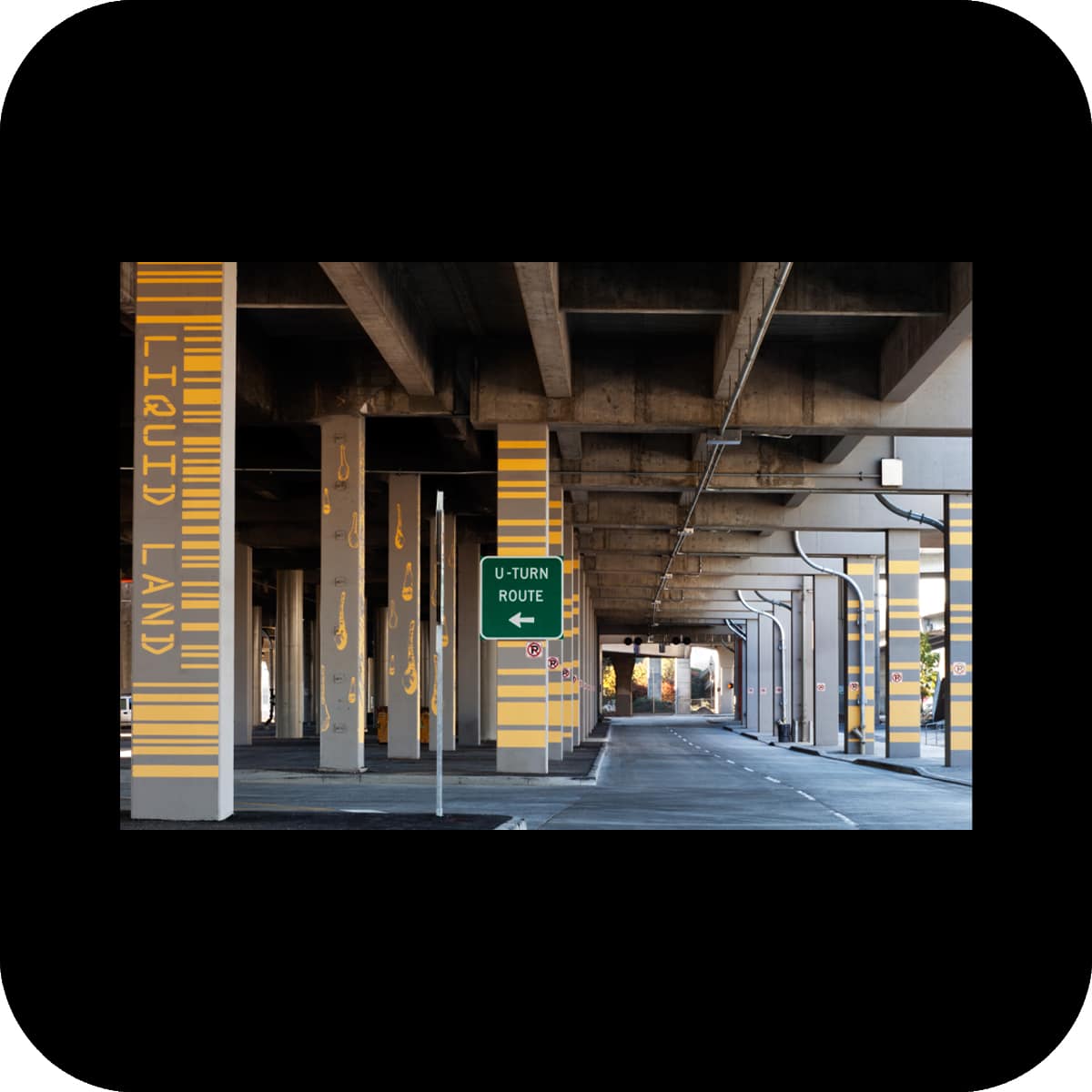 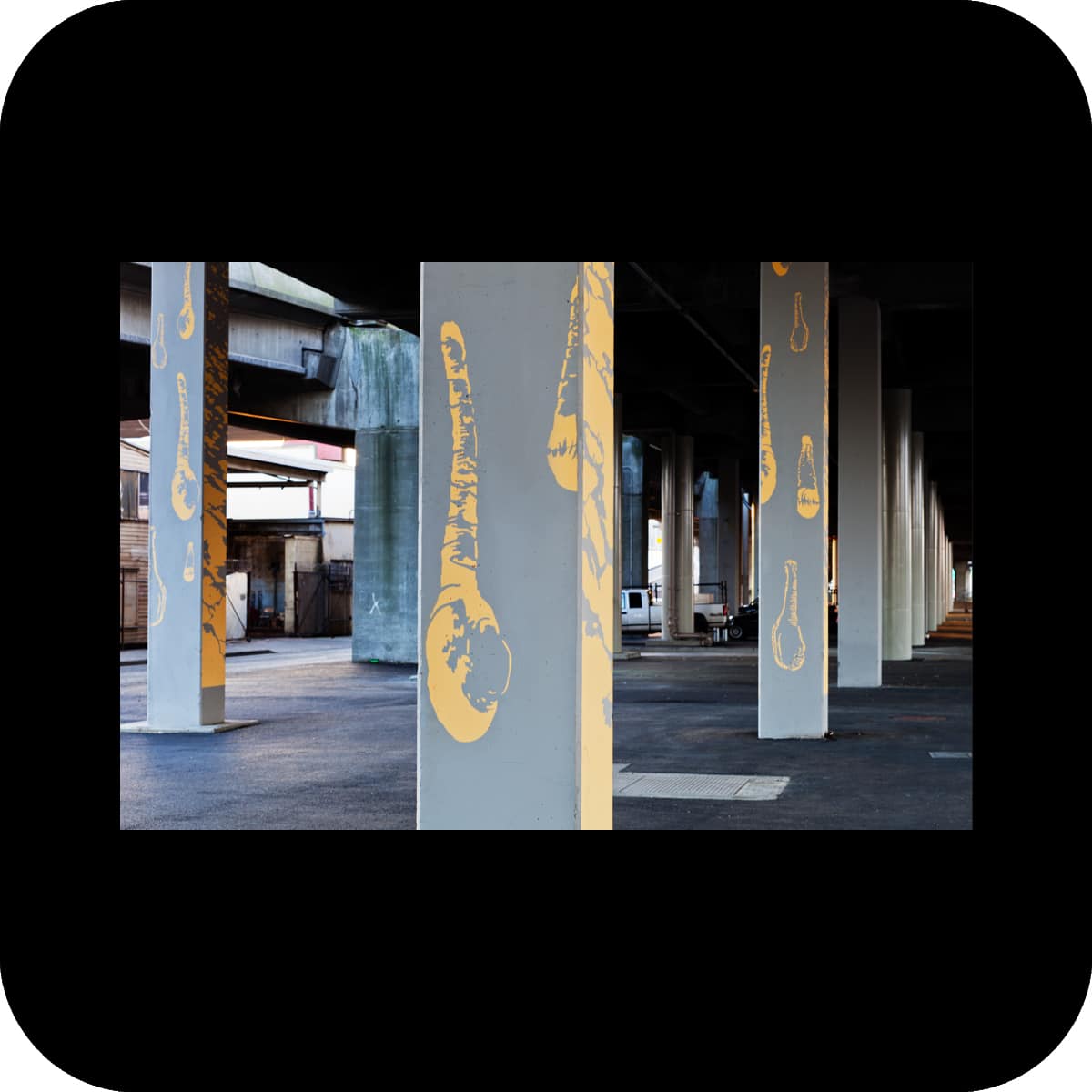 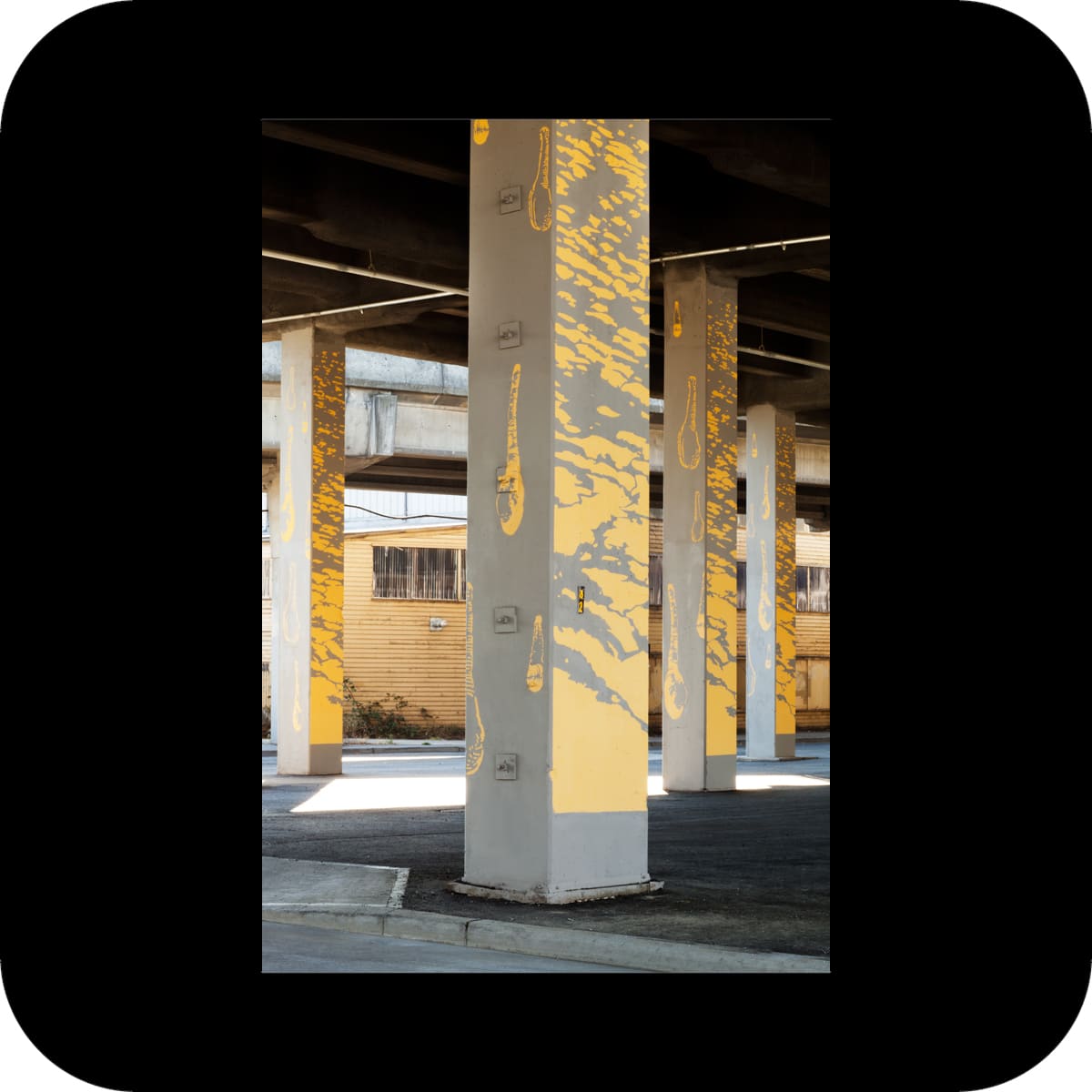 sodo is a large-scale paint application on about 300 columns that hold up the spokane street viaduct. our goal was to enliven the whole space underneath the viaduct and to create a rhythm of eight distinct identifiable zones within the large space. the installation as a whole creates an identifying marker for sodo within the city of seattle.