alum rock park, also dubbed “little yosemite”, is located in the foothills of san jose at the end of alum rock avenue.

founded in 1872, it is california’s oldest municipal park. from 1890 to 1932 it was a nationally known health spa with 27 mineral springs, an indoor swimming pool, tea garden, restaurant, and dance pavilion.

the alum rock railroad once ran from downtown san jose (starting at santa clara street and mclaughlin avenue) along alum rock avenue and ultimately to alum rock park. a round trip cost 25 cents. starting operation in 1896 as a steam railroad, the railroad was upgraded to an electric system in 1901 and ceased operation in 1931 due to increased car ownership in the area. a portion of today’s brt line follows the alignment of the original railroad.

the patterns at this shelter are inspired by vintage postcards of the alum rock park, the alum rock railroad, and of the thenardite crystals found at the park – the crystals were originally mistaken for alum and gave the park the name. all elements are arranged in a pattern similar to a victorian era wallpaper, referencing the time of the park’s heyday. a topographic map of alum rock park provided the inspiration for the paving pattern. 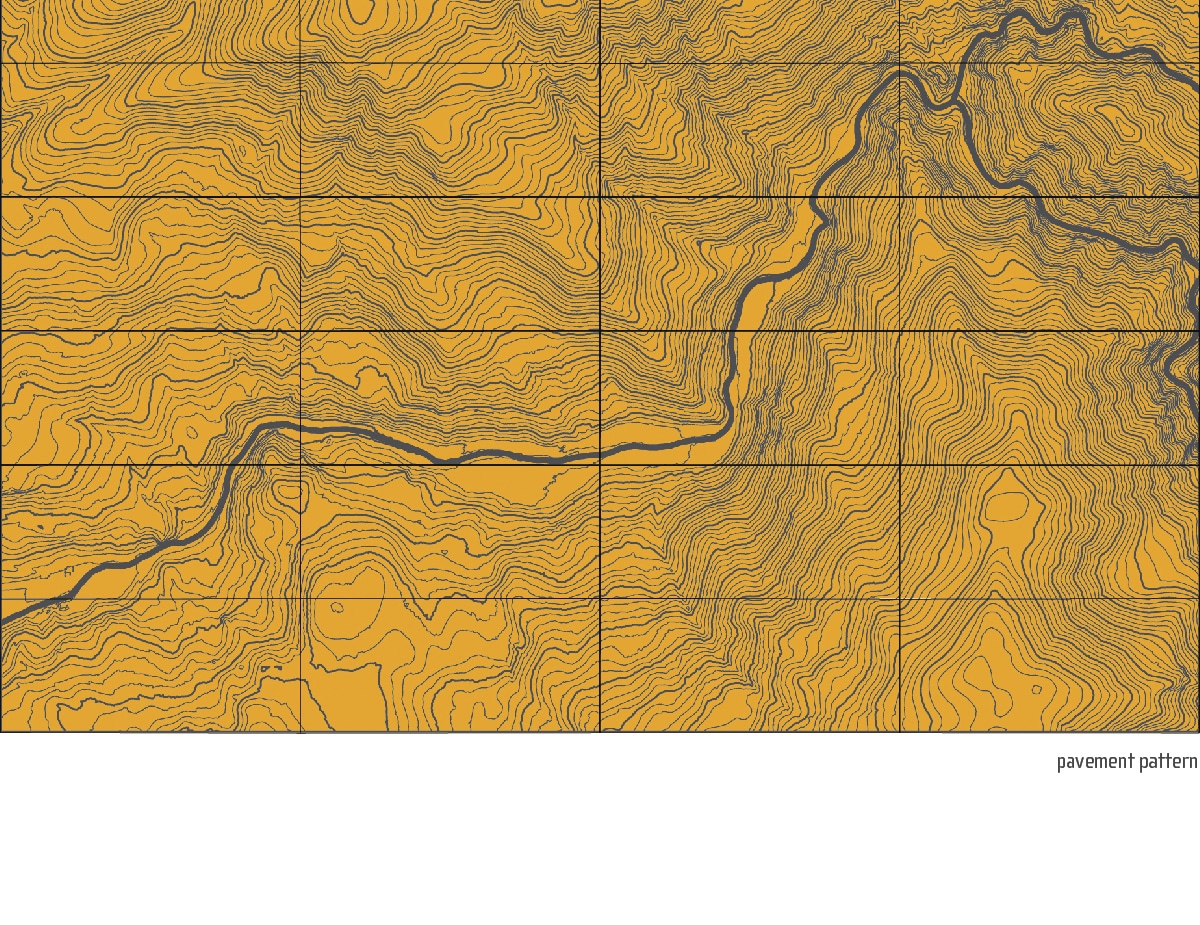 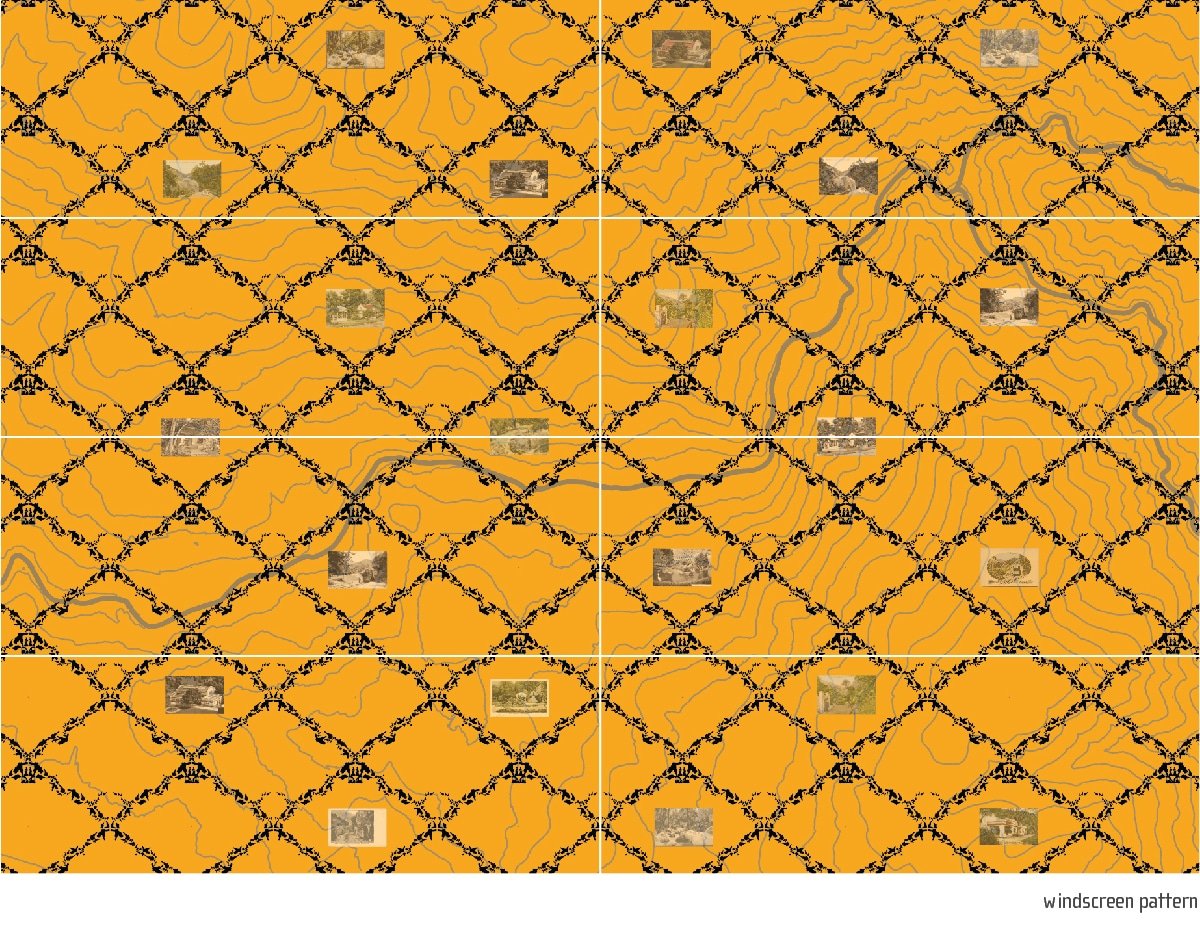 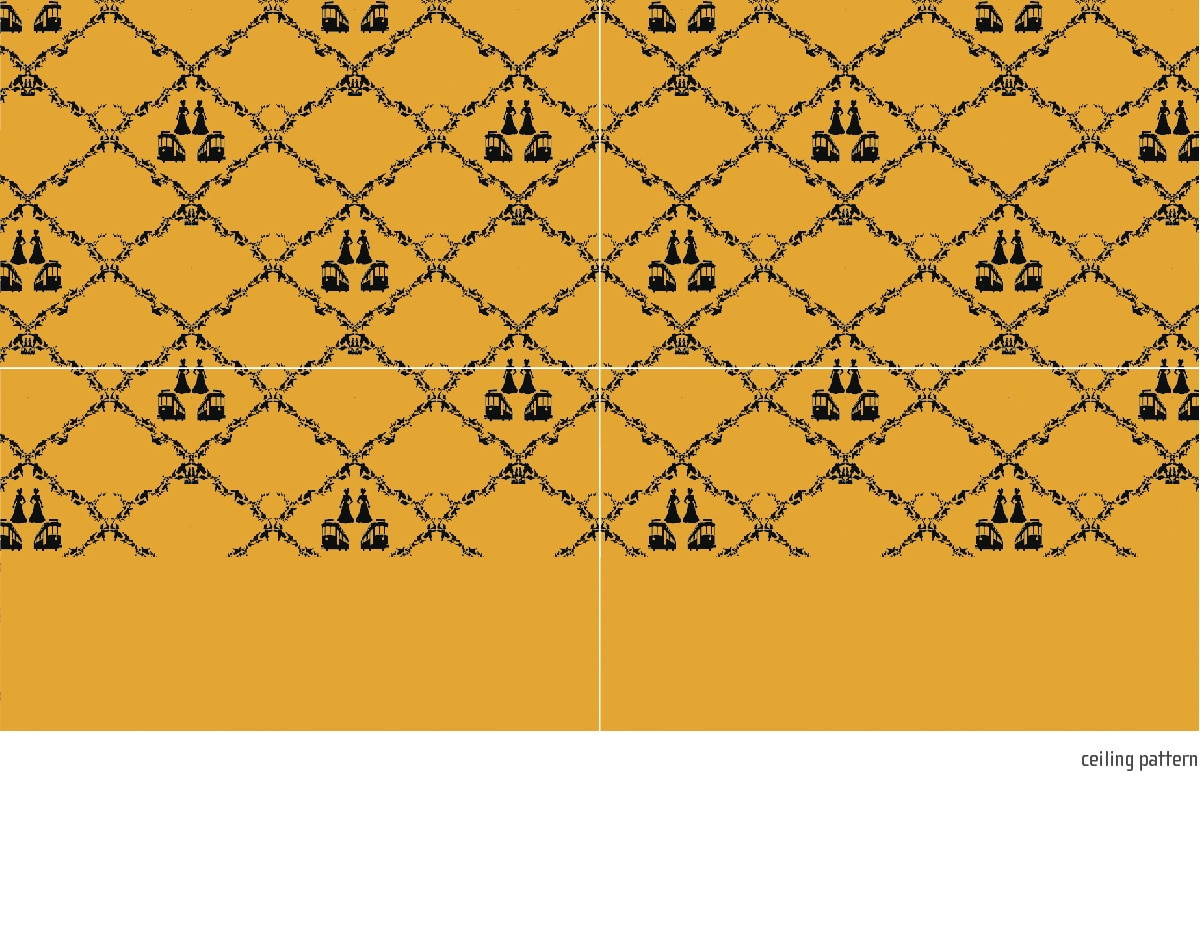 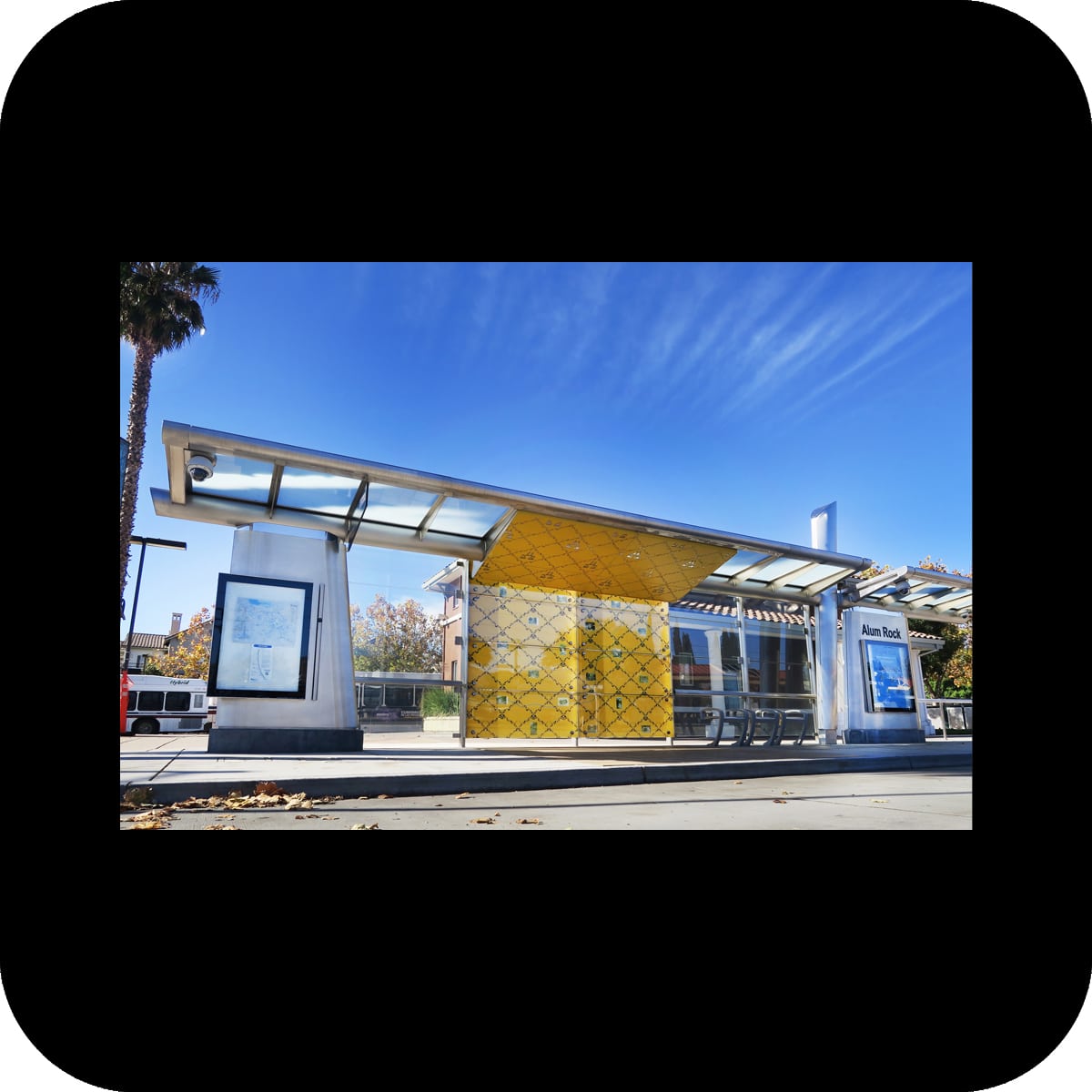 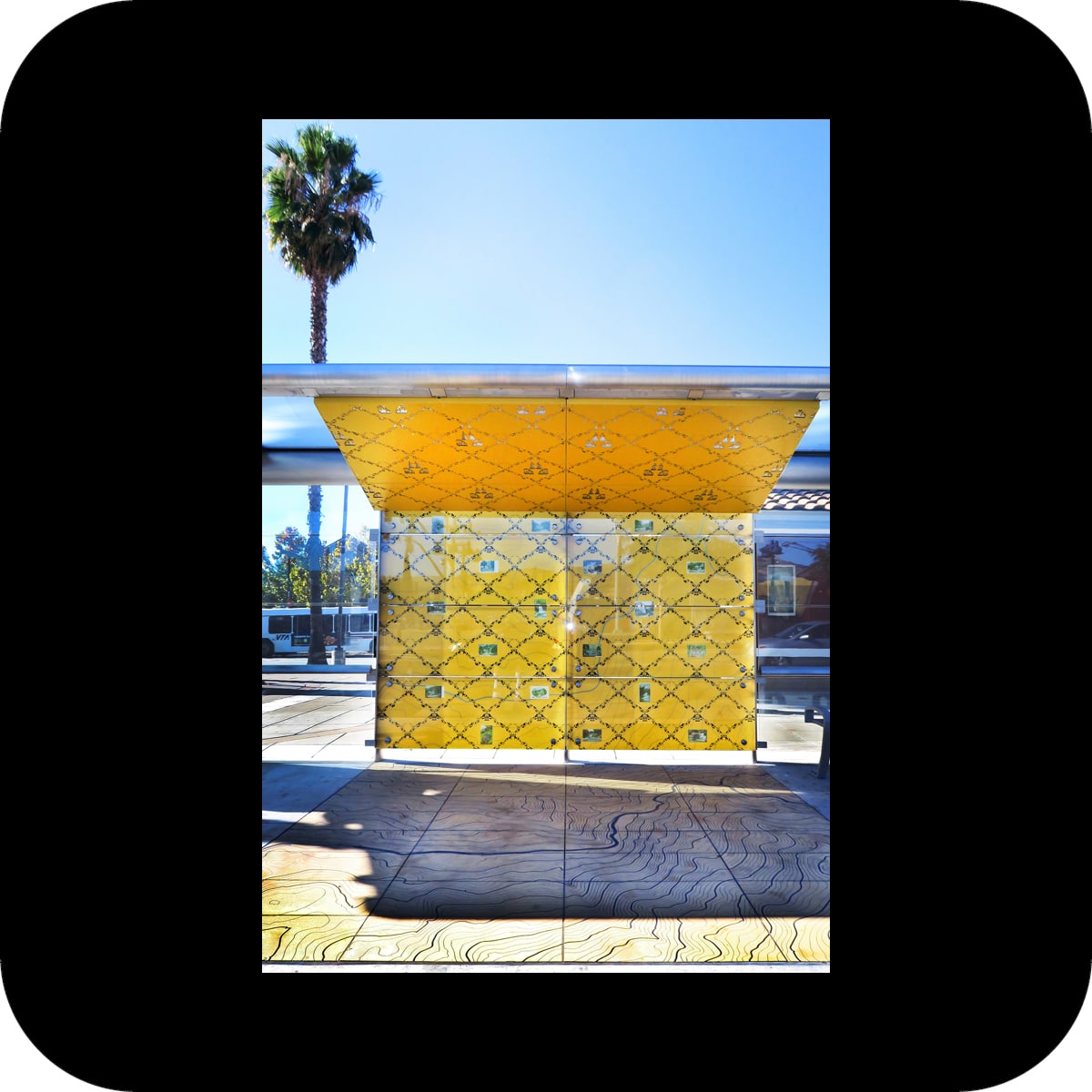 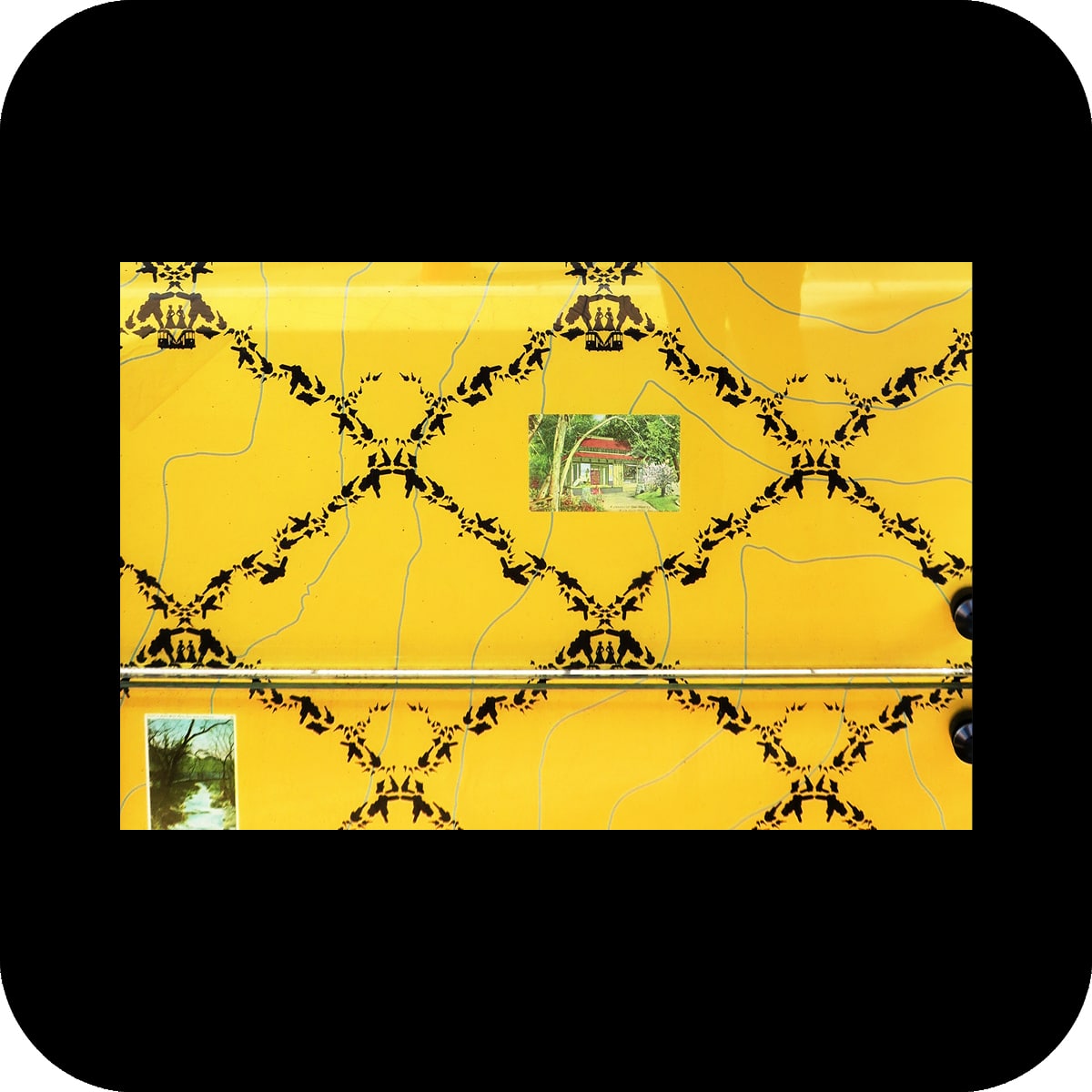 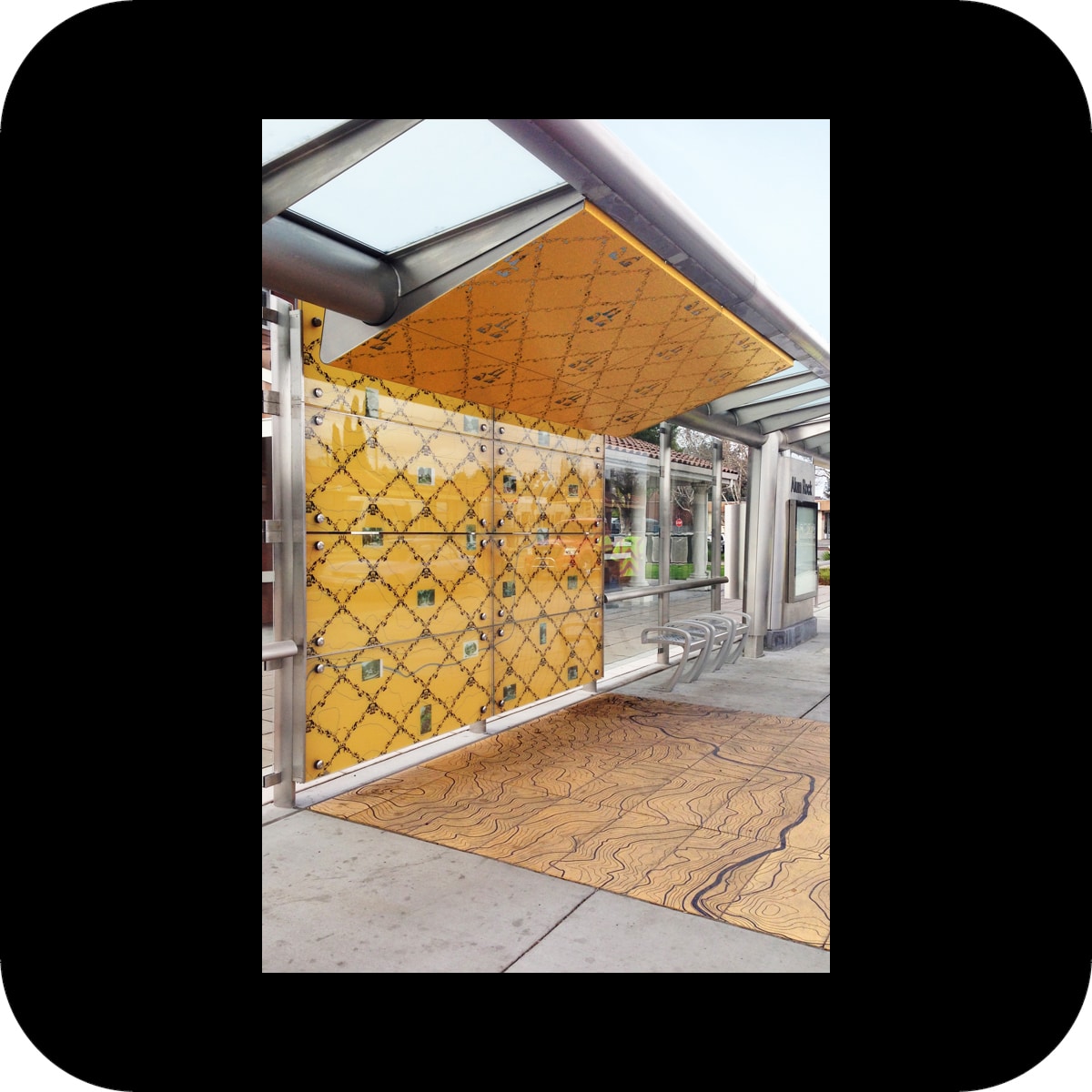