17th street eastbound – i scream, you scream, we all scream for ice cream

the patterns at this shelter were inspired by the many dairies – often owned by portuguese americans- which flourished in san jose in the 1930s. amongst them was “american dairy” which had its creamery at 17th st & santa clara until it closed in 1960. the building was known by its water tank, which was shaped like a milk bottle and illuminated at night. in 1929, the dairy distributed 2,750 gallons of milk on a daily basis and was especially revered for its ice cream. today, one of the last remnants of the dairy industry in the area is “treat ice cream co.”, located at santa clara & 19th st.

the windscreen pattern is a collage composed of a historic photograph of the american dairy, artifacts related to the industry and the dairy’s sign that was part of its building. historic ice cream doilies adorn the ceiling; and the pavers are embossed with milk bottle seals and caps from a number of san jose’s historic dairies. 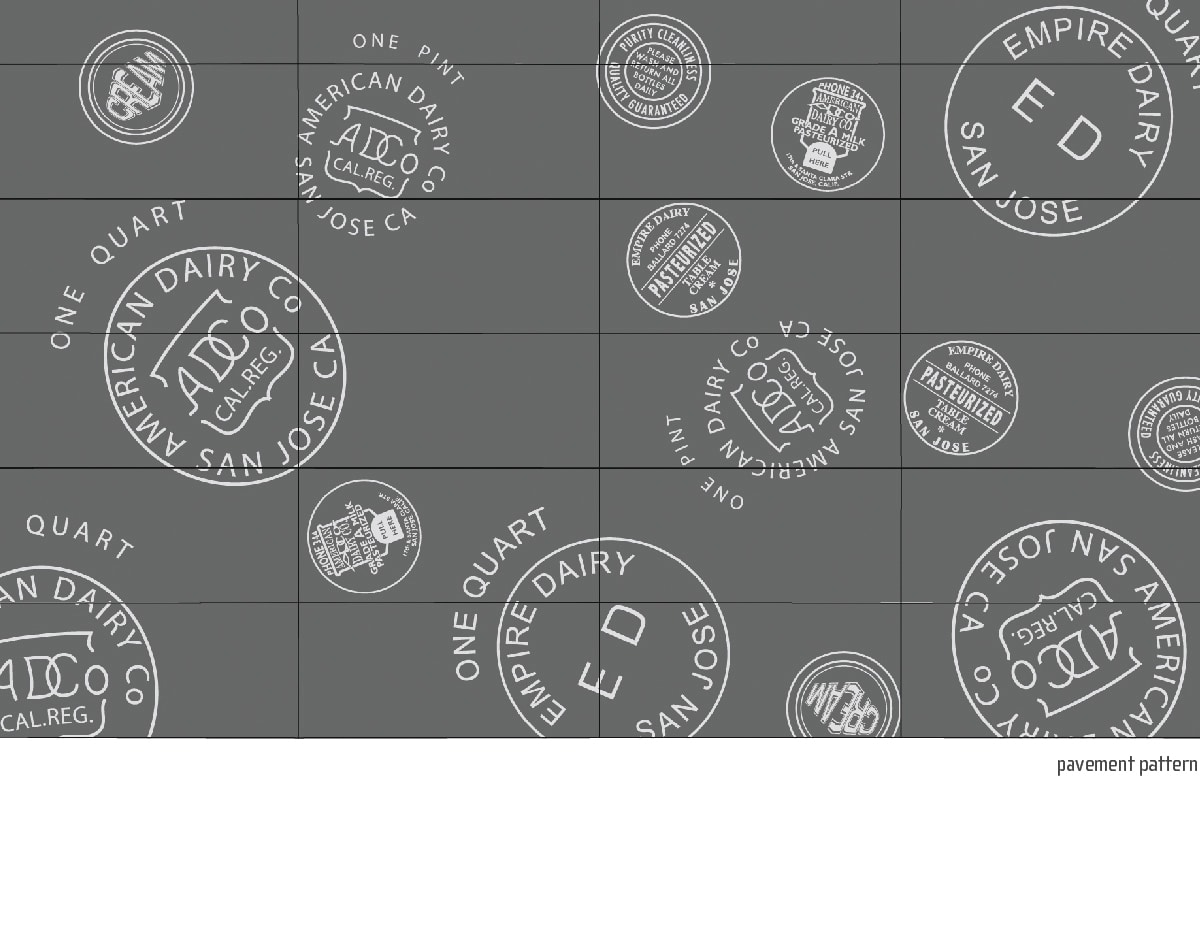 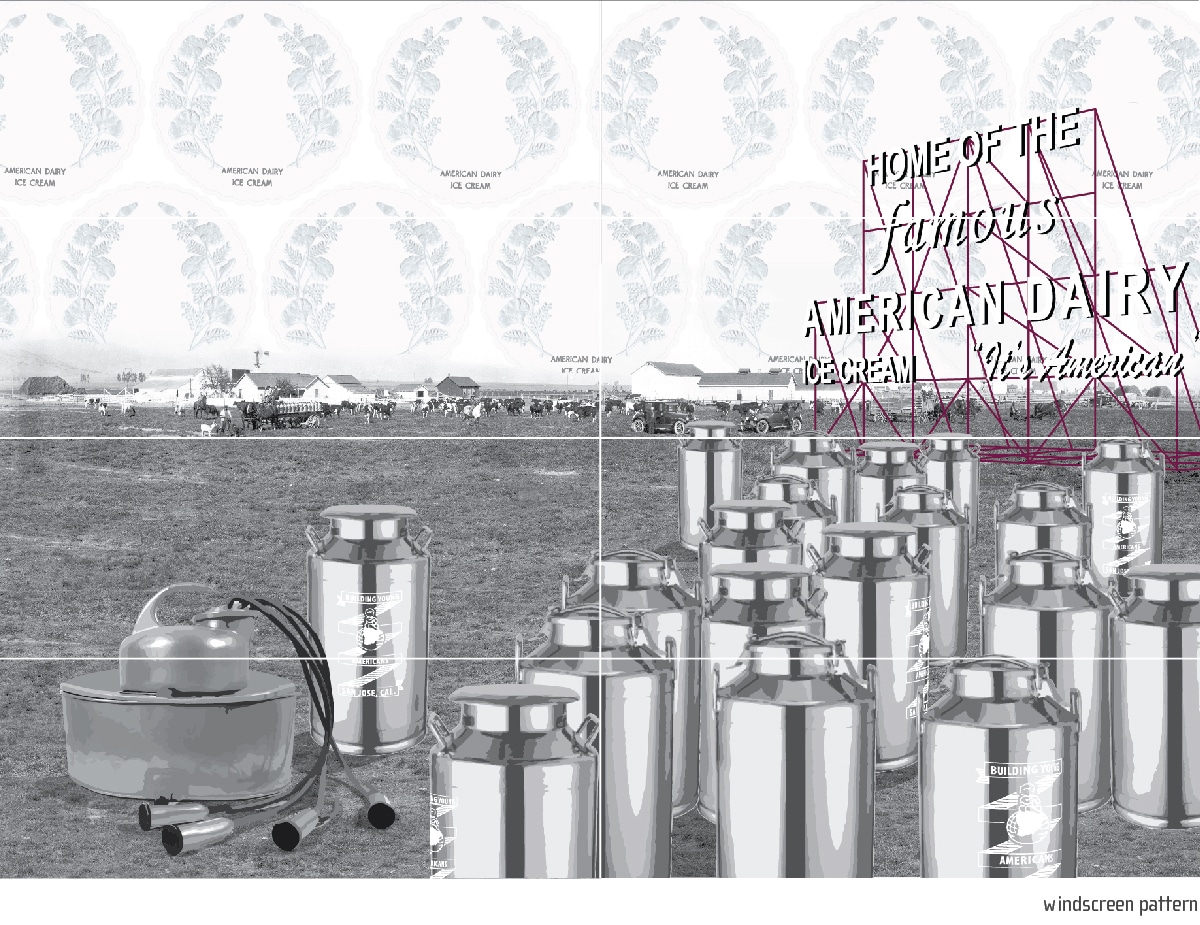 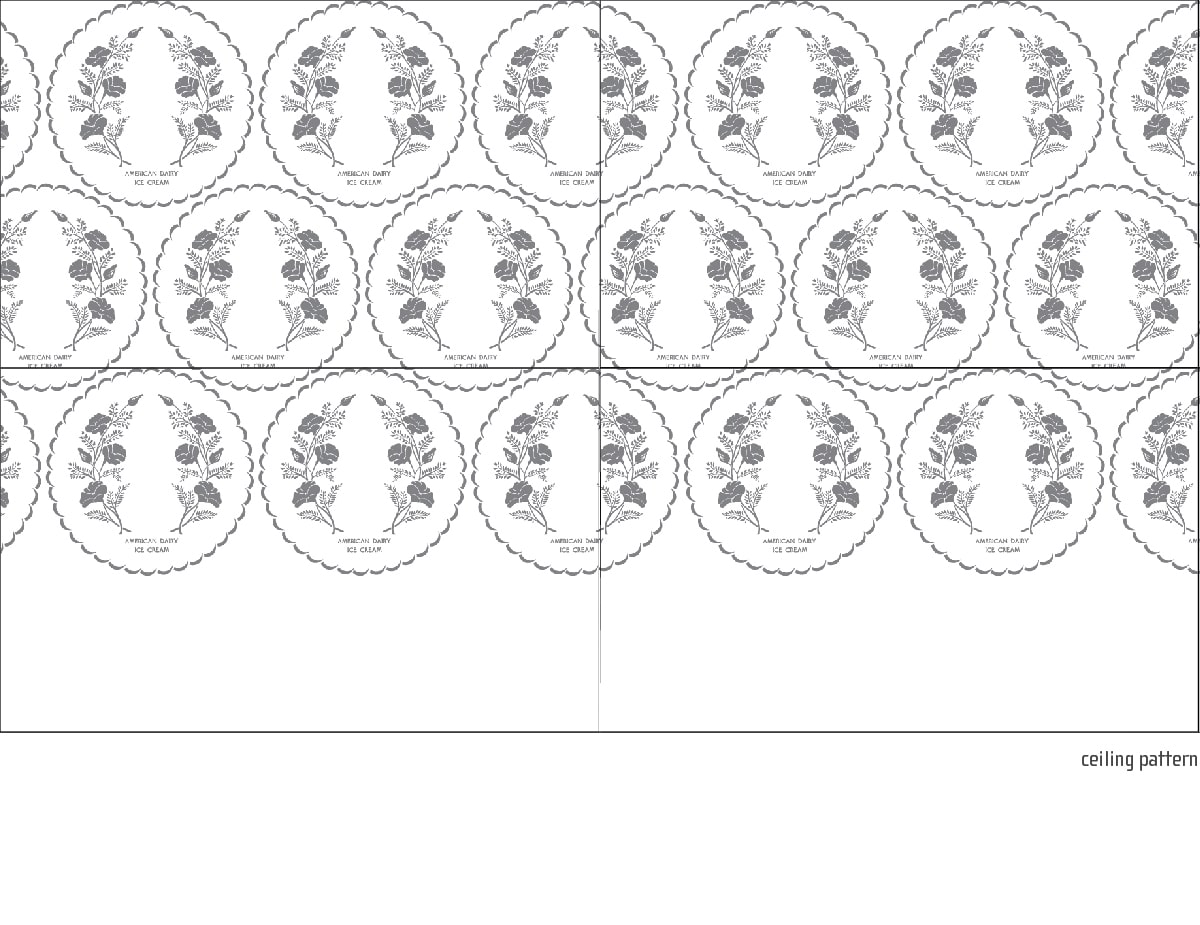 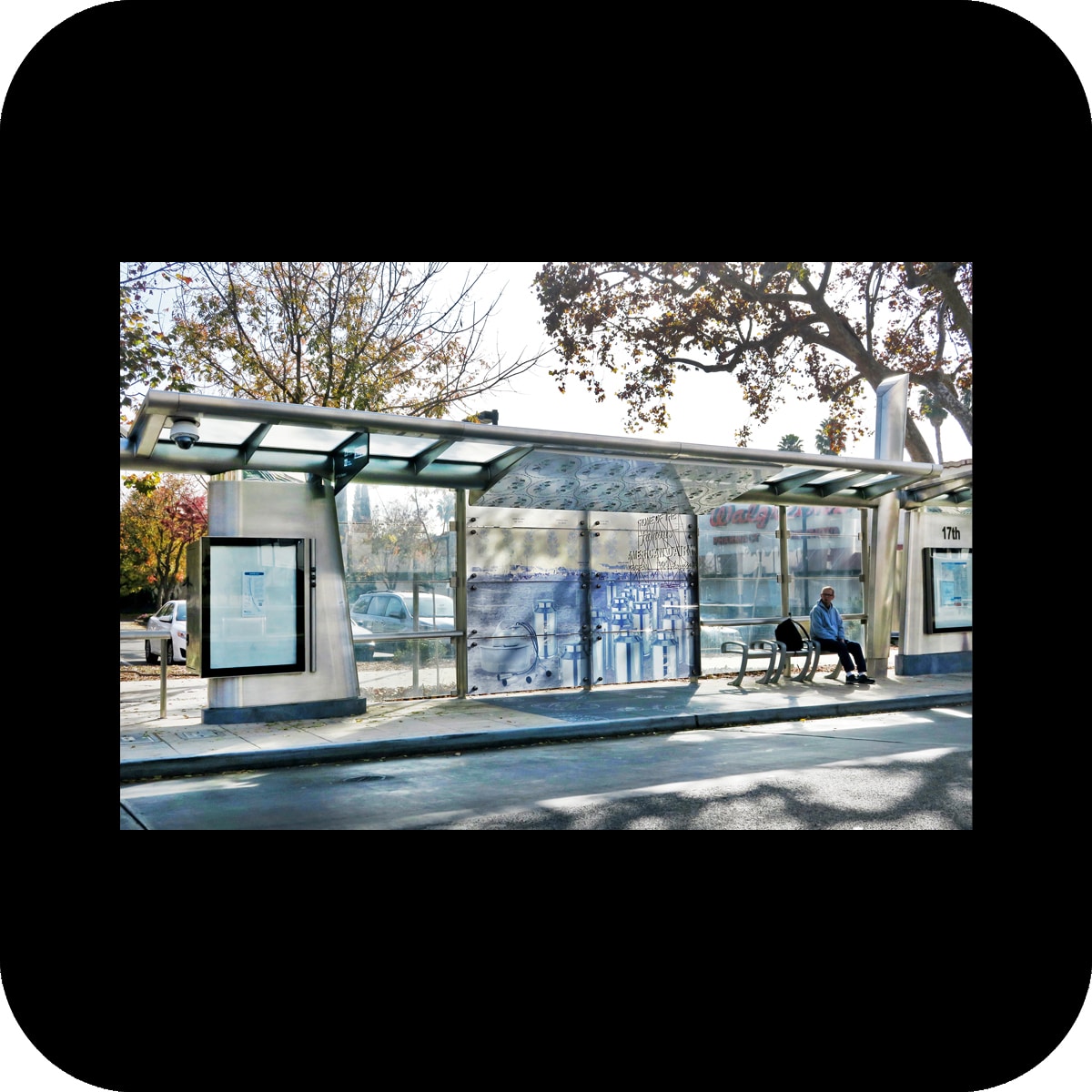 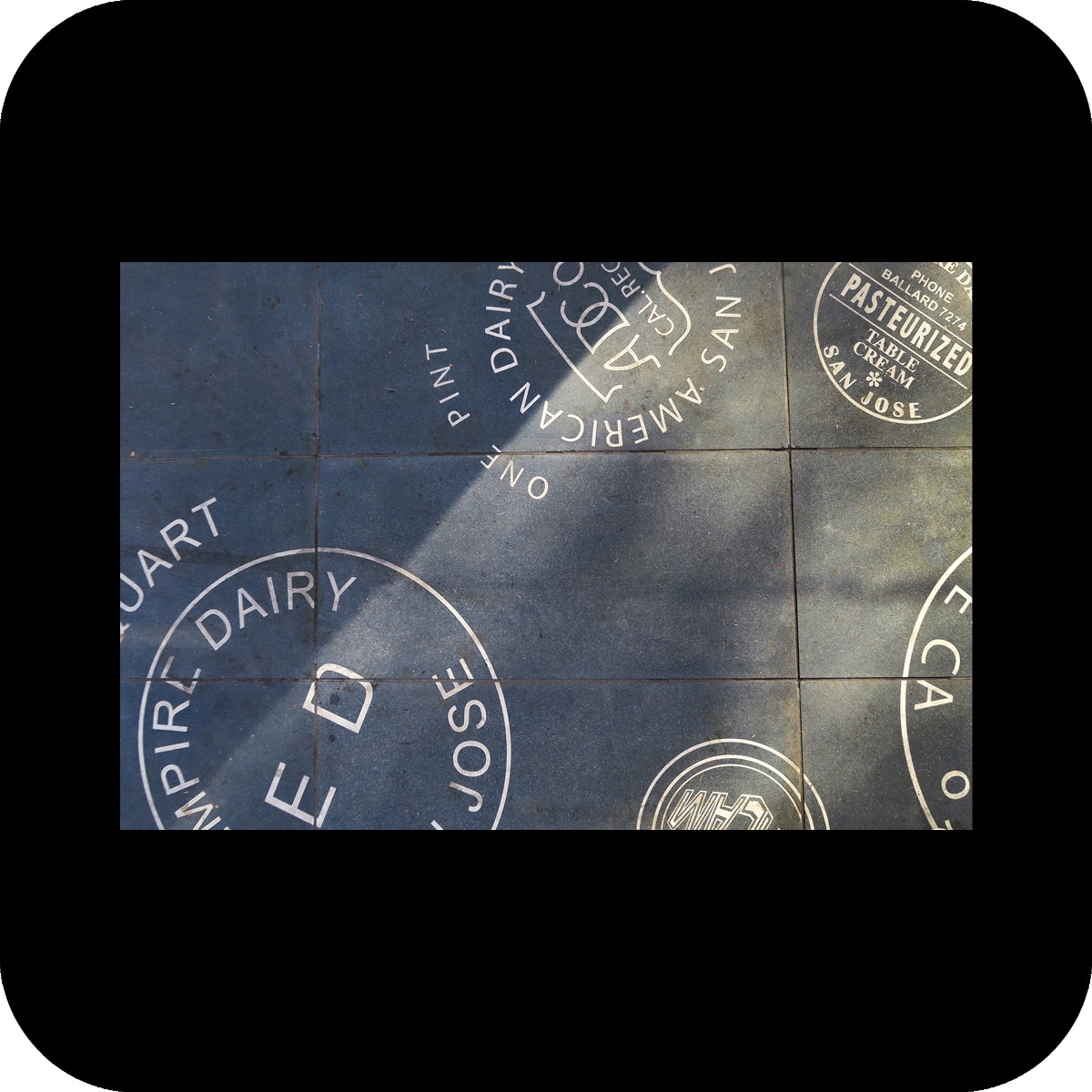 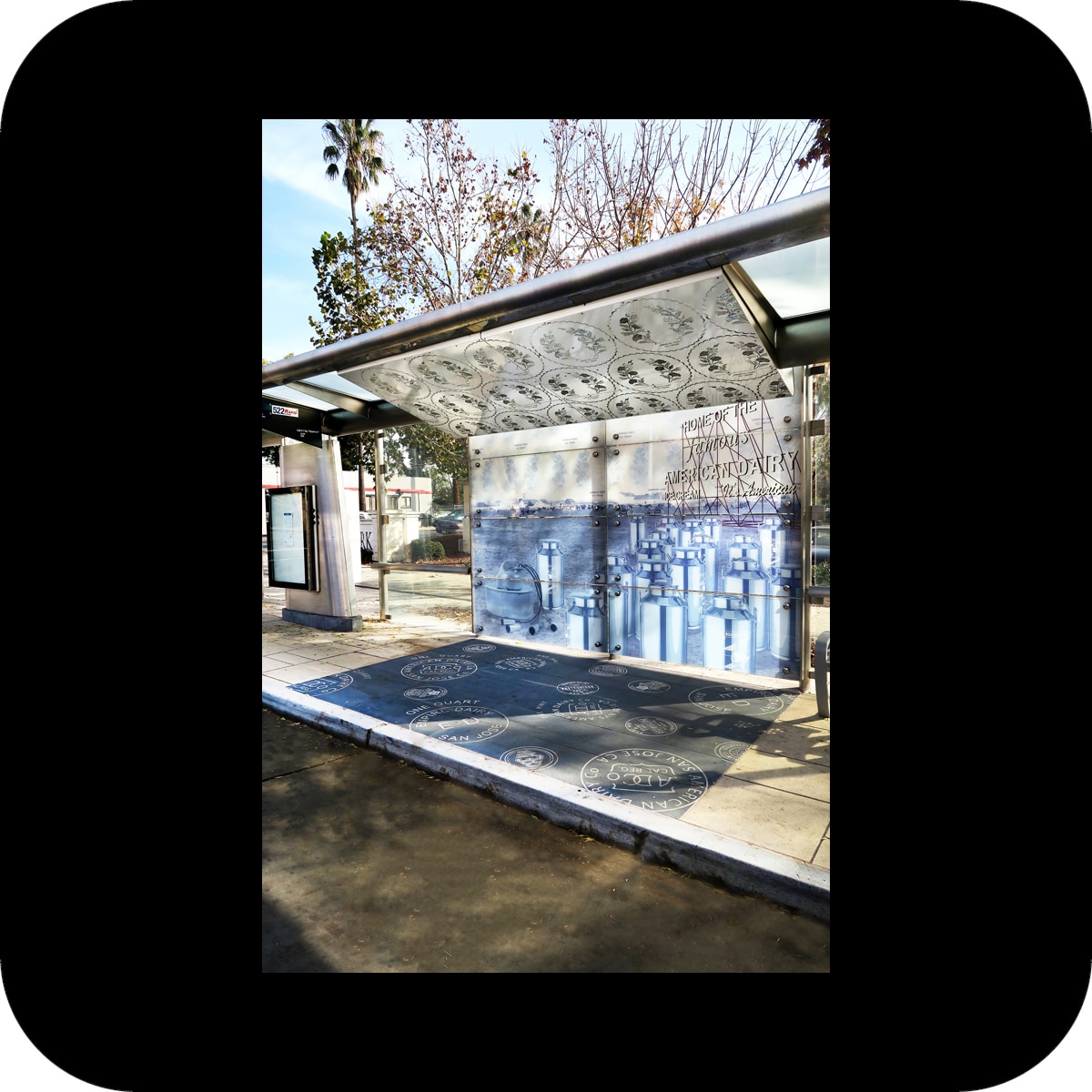 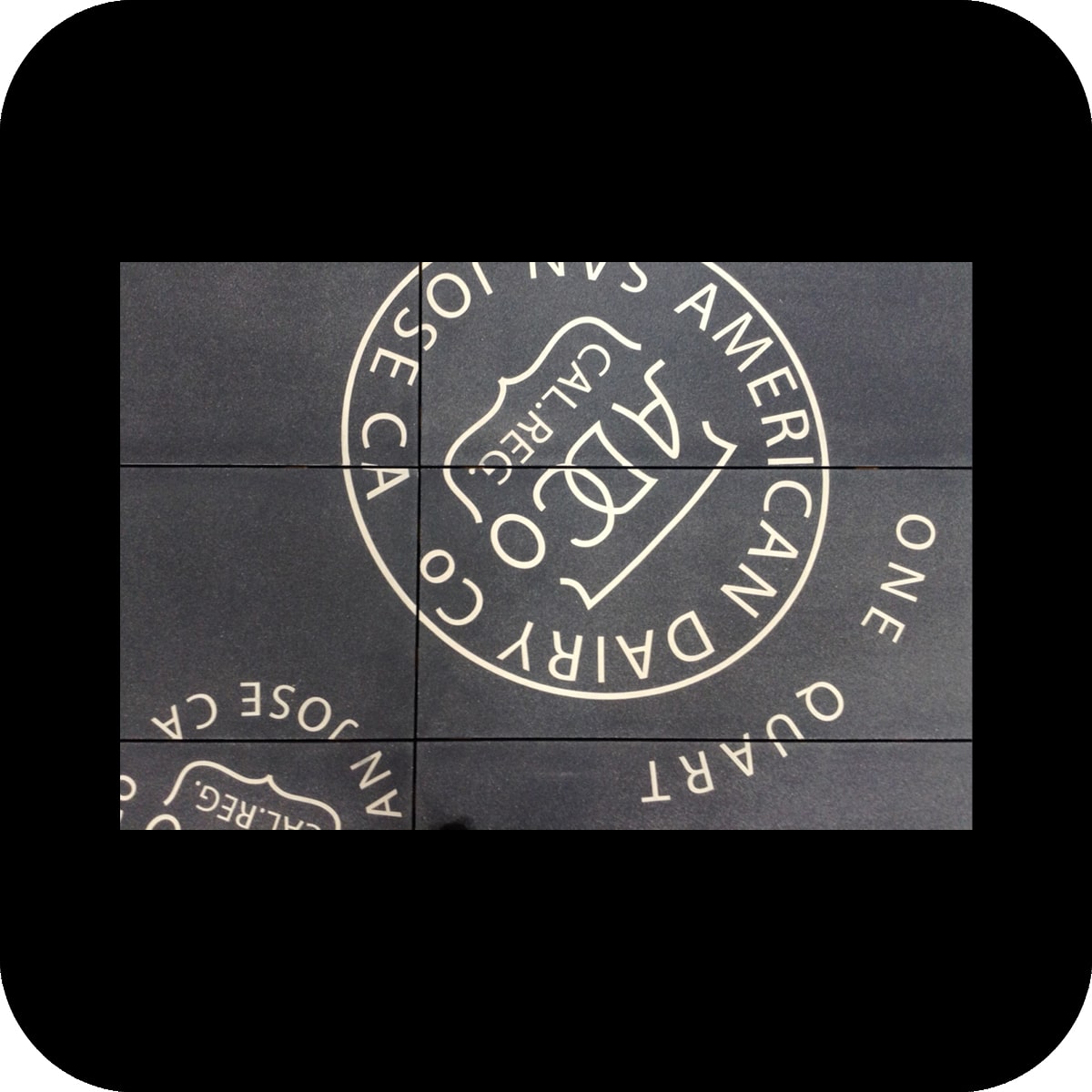 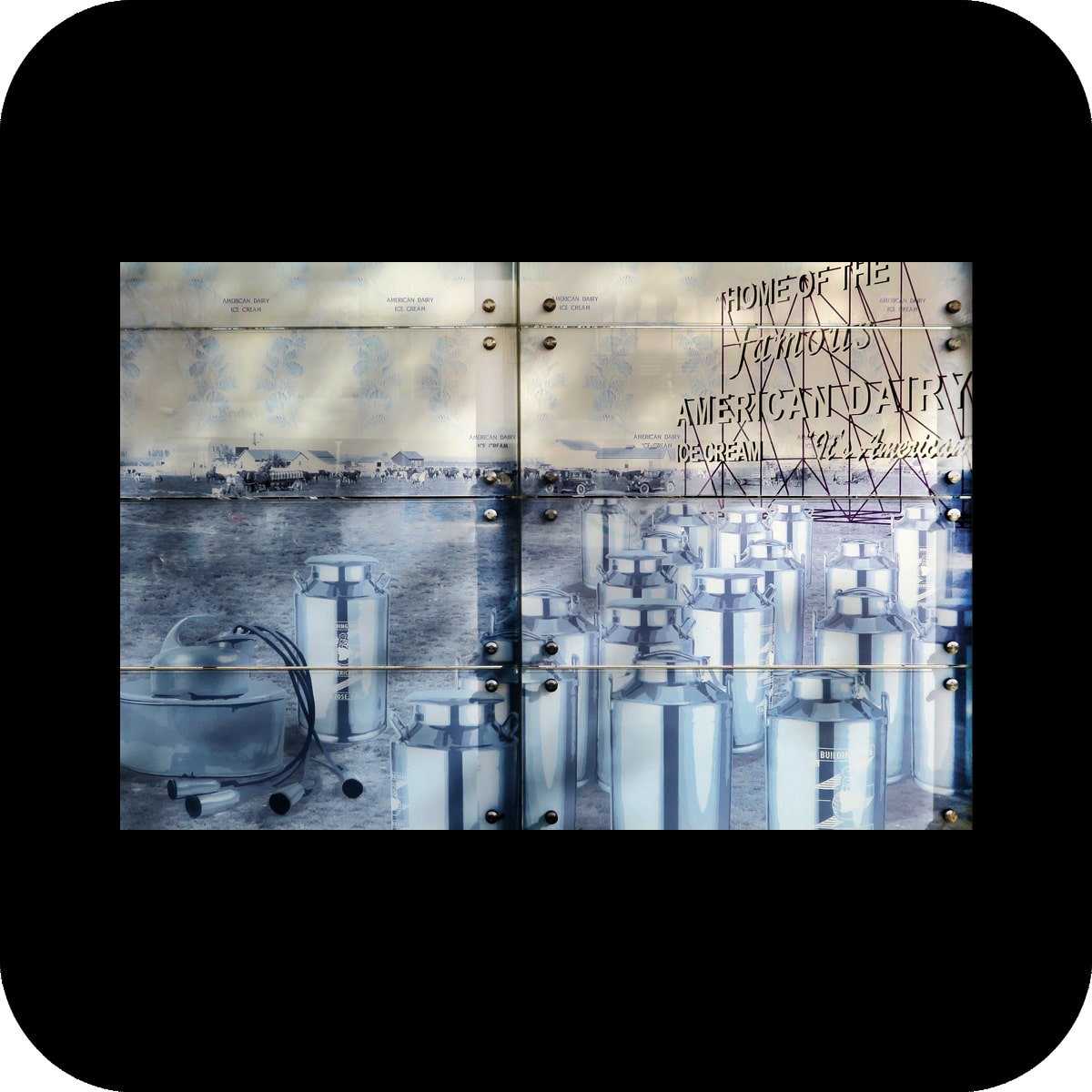 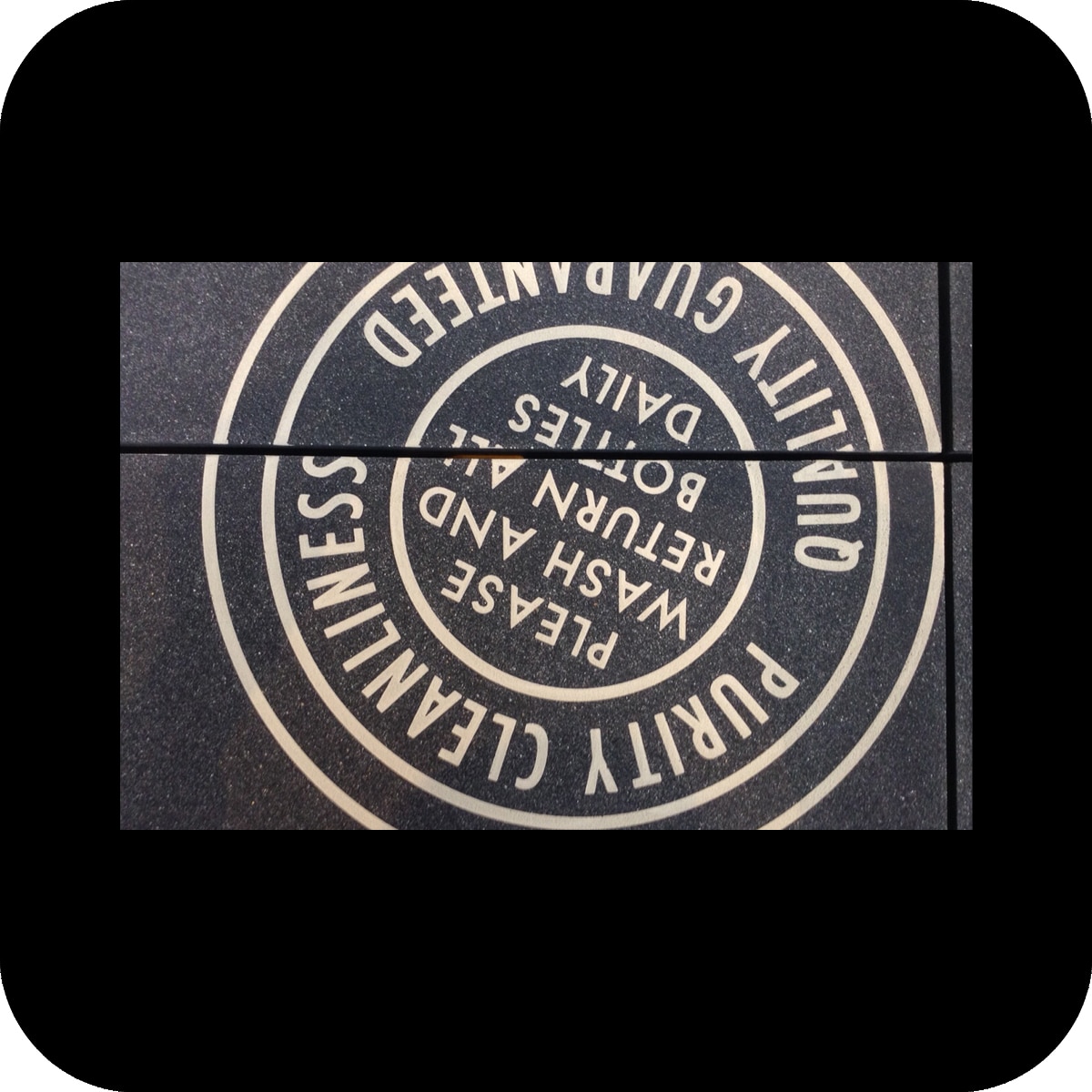 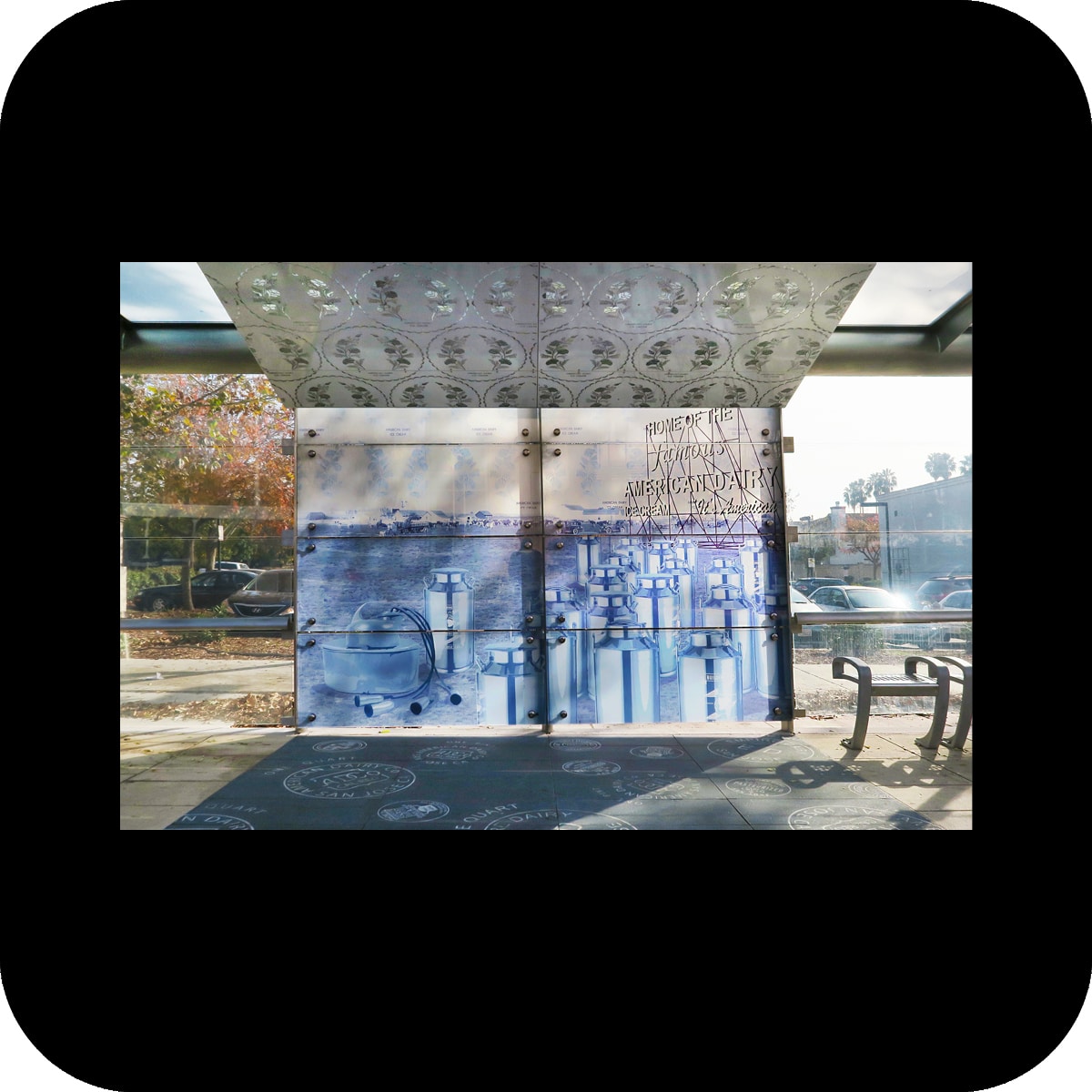 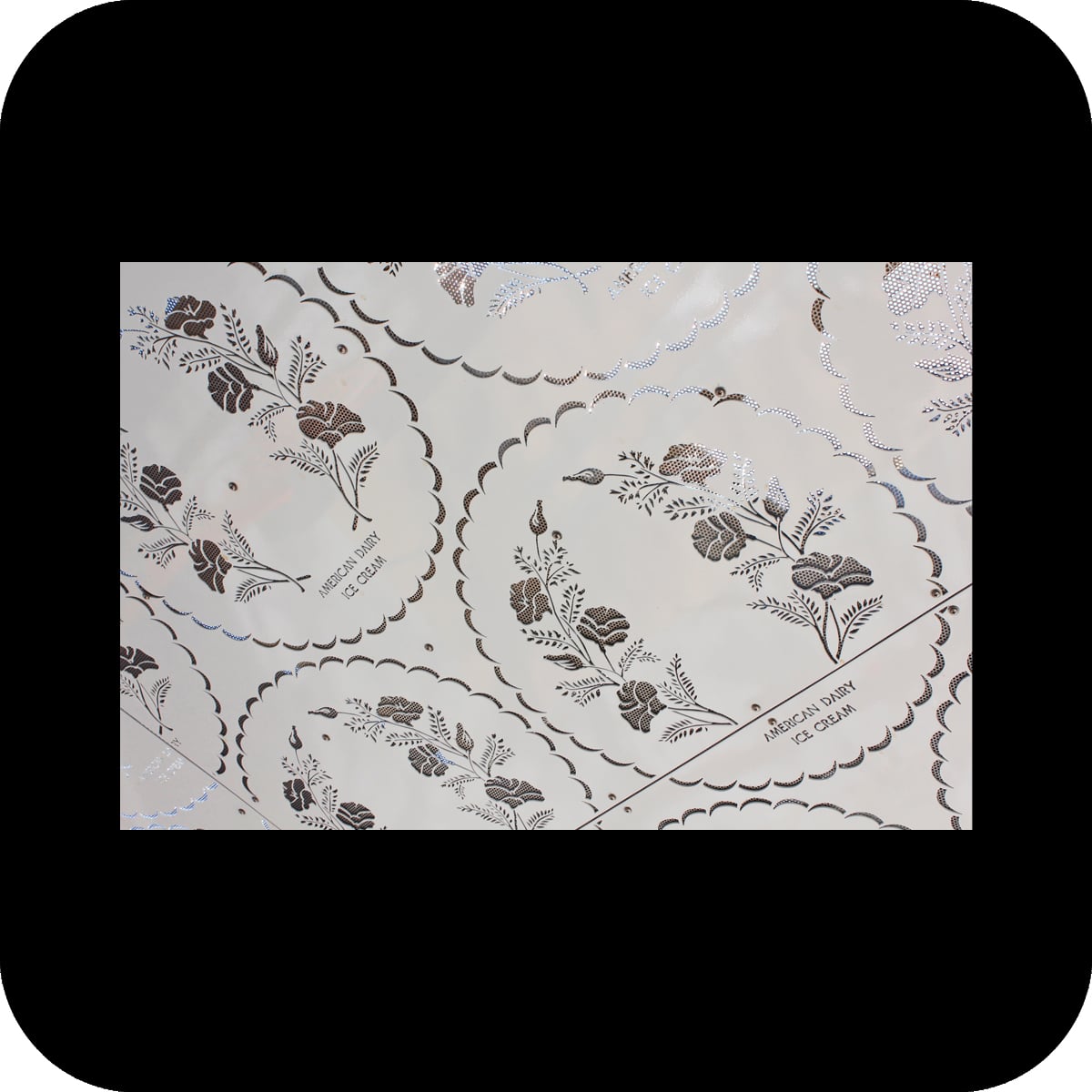