this shelter is located adjacent to the reid-hillview airport, which is home to a large number of small propeller aircraft. the airport was built in 1937, and encompasses currently 179 acres of land. it hosts more than 250,000 arrivals and departures every year on its two runways.

during wwII all airports within a certain distance from the coast had to move their planes further inland. reid-hillview airport removed the propellers from the planes and thus cleverly was able to negotiate keeping the planes stored at the airport. playing off this story, the art patterns at this shelter are composed of various propeller types that are arranged to form delicate patterns reminiscent of typical craft patterns, which were recorded in the surrounding neighborhood. 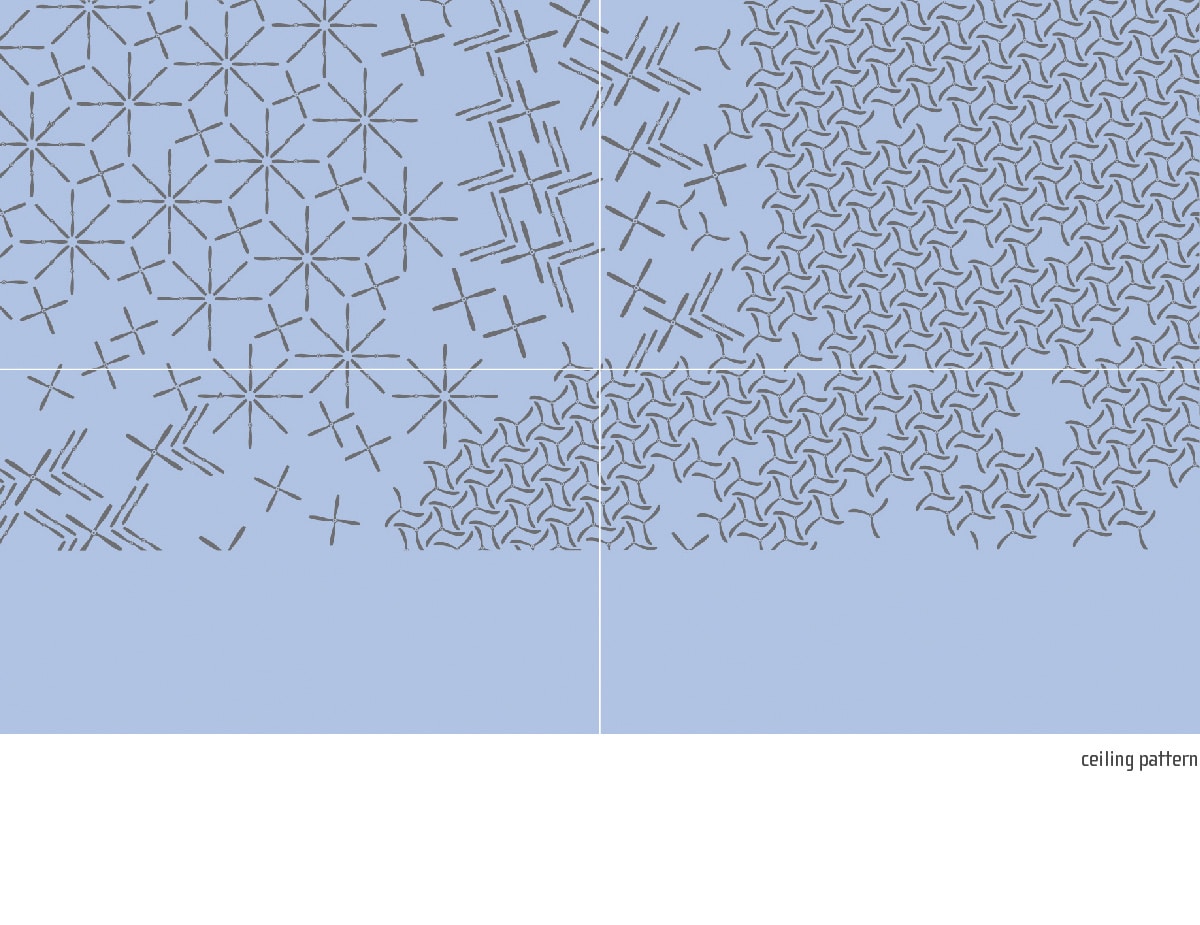 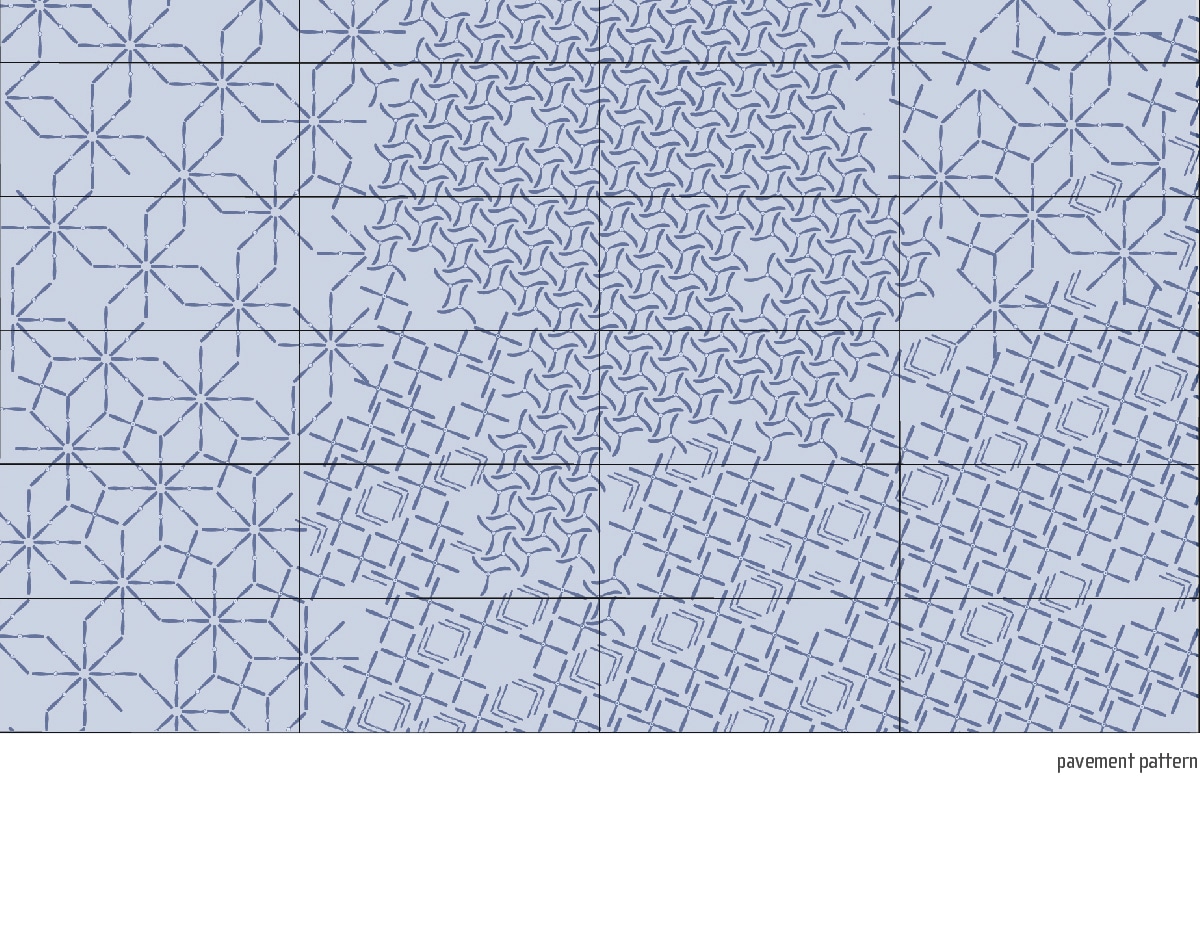 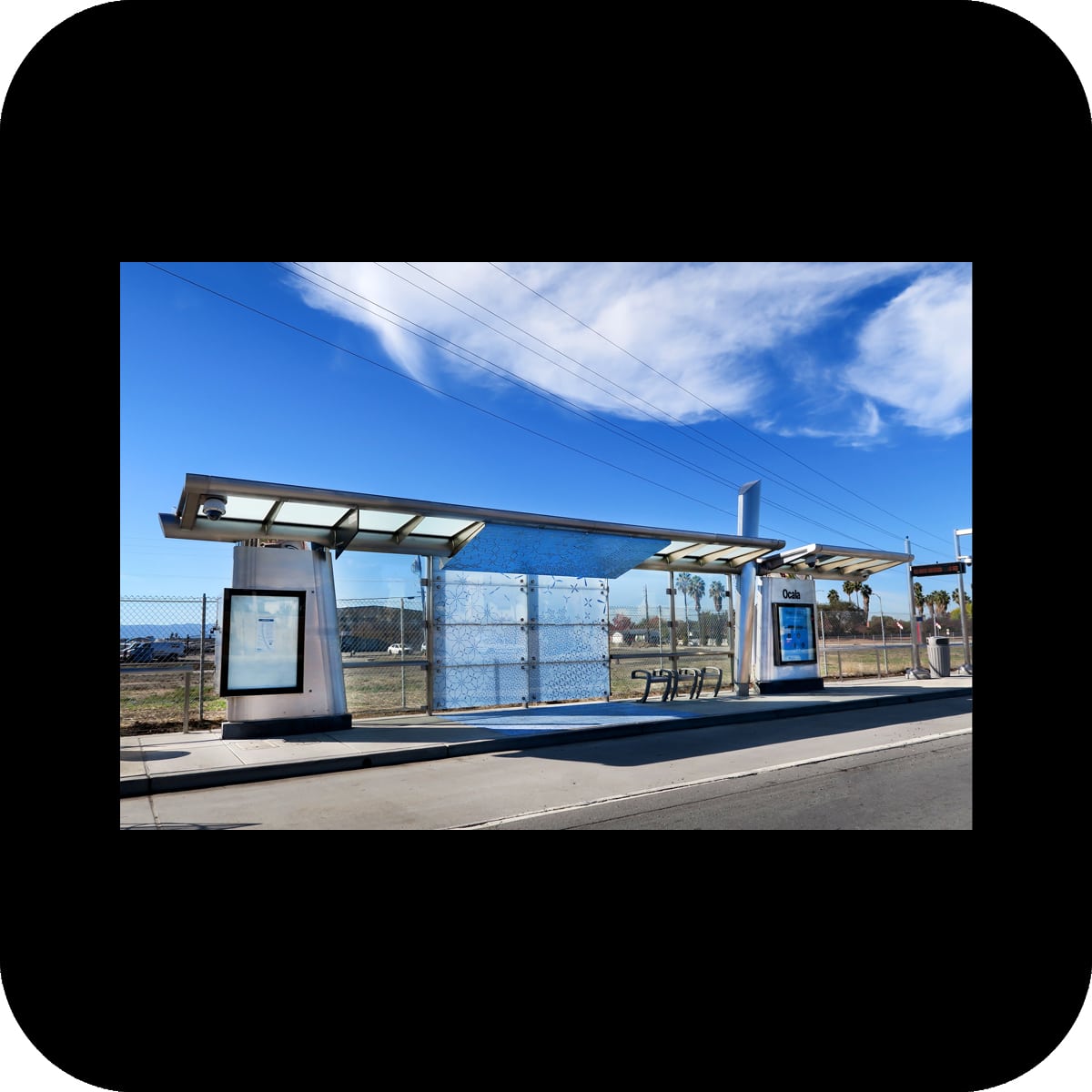 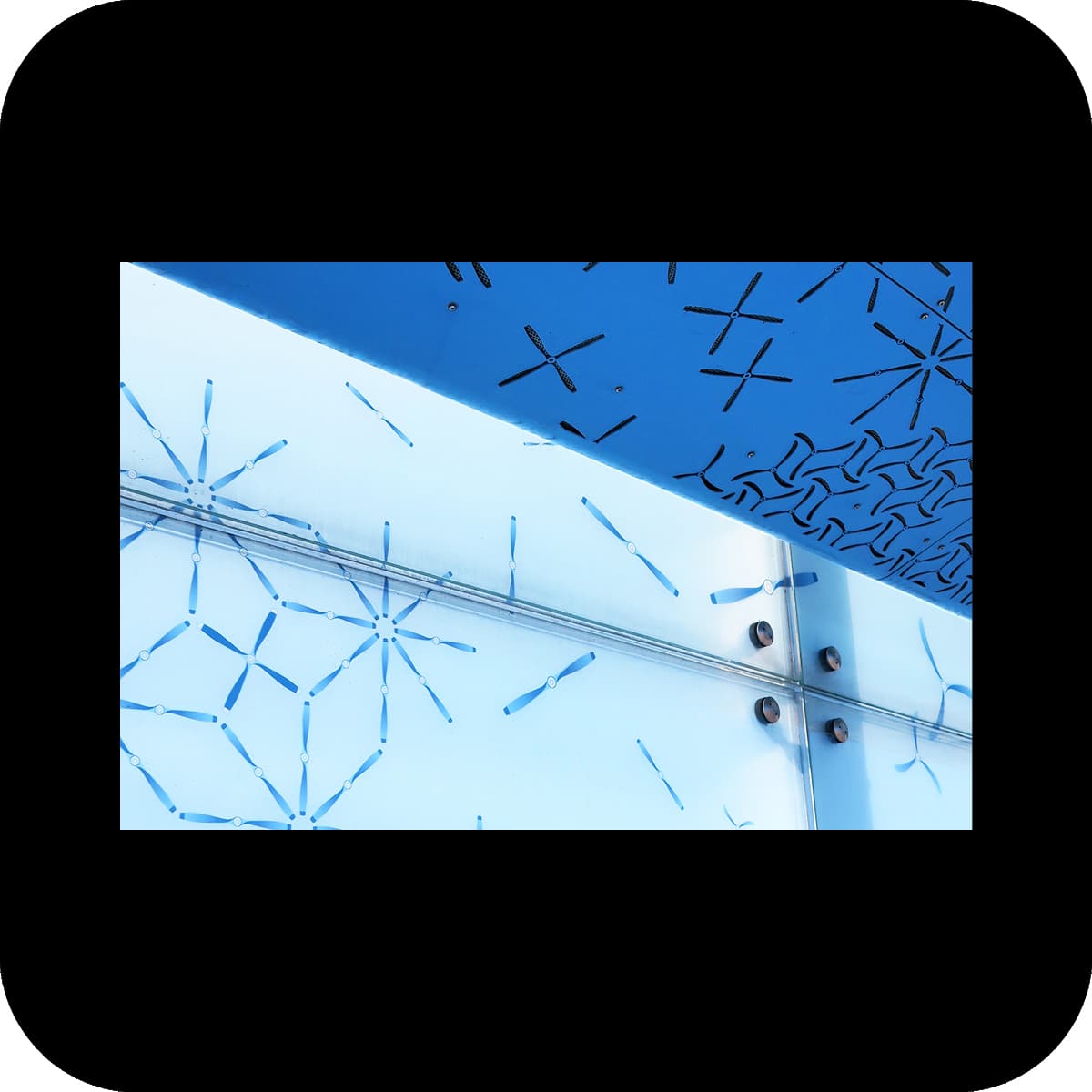 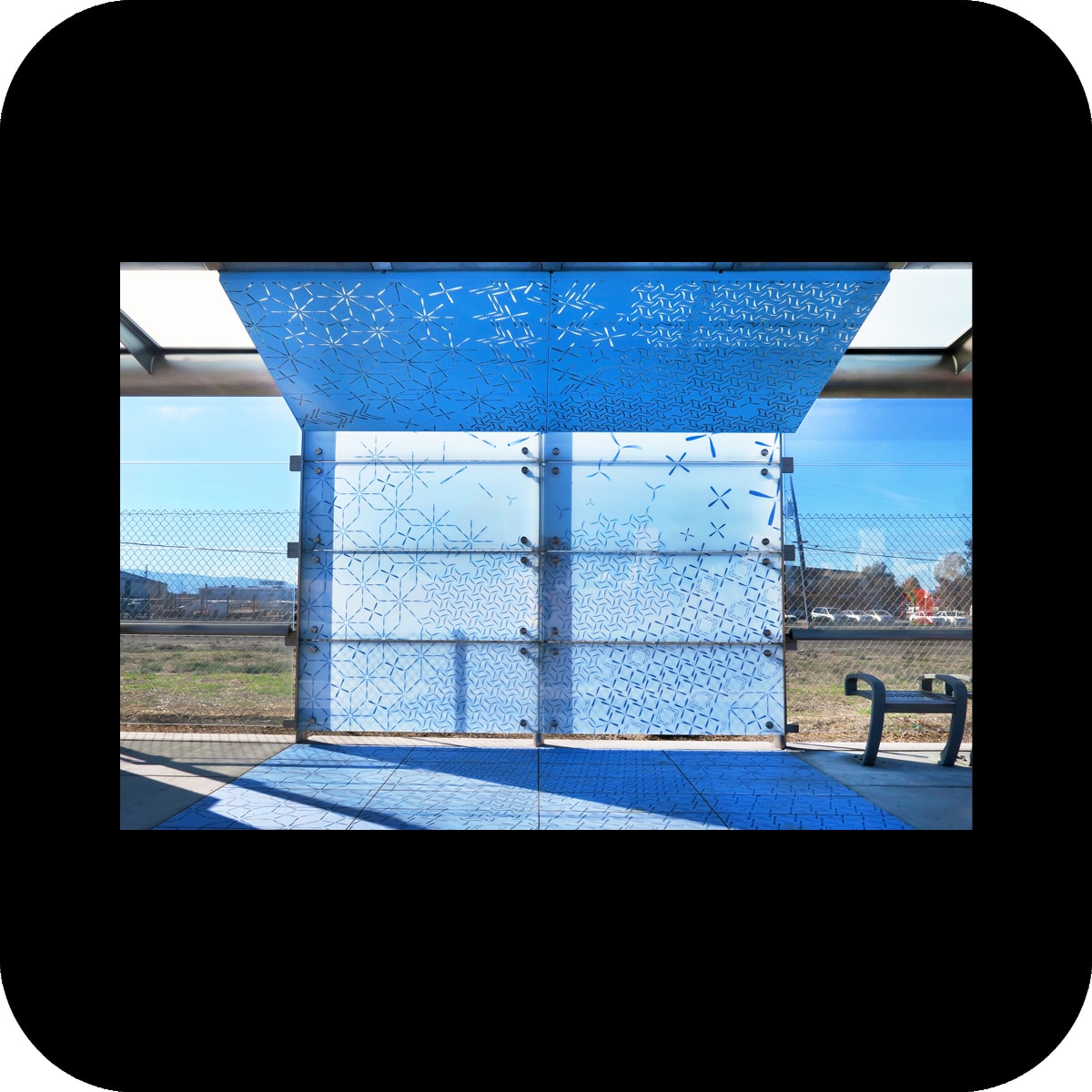 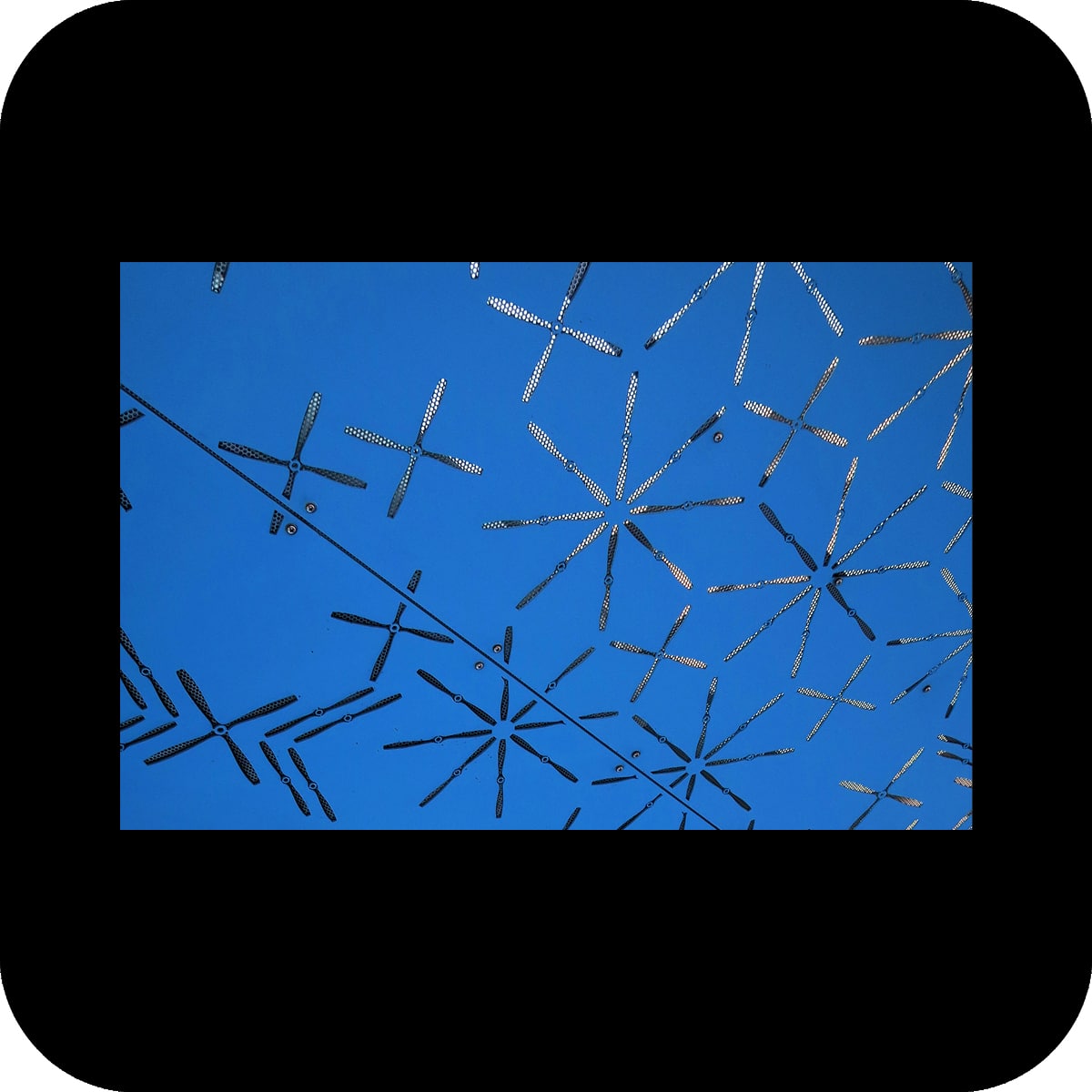 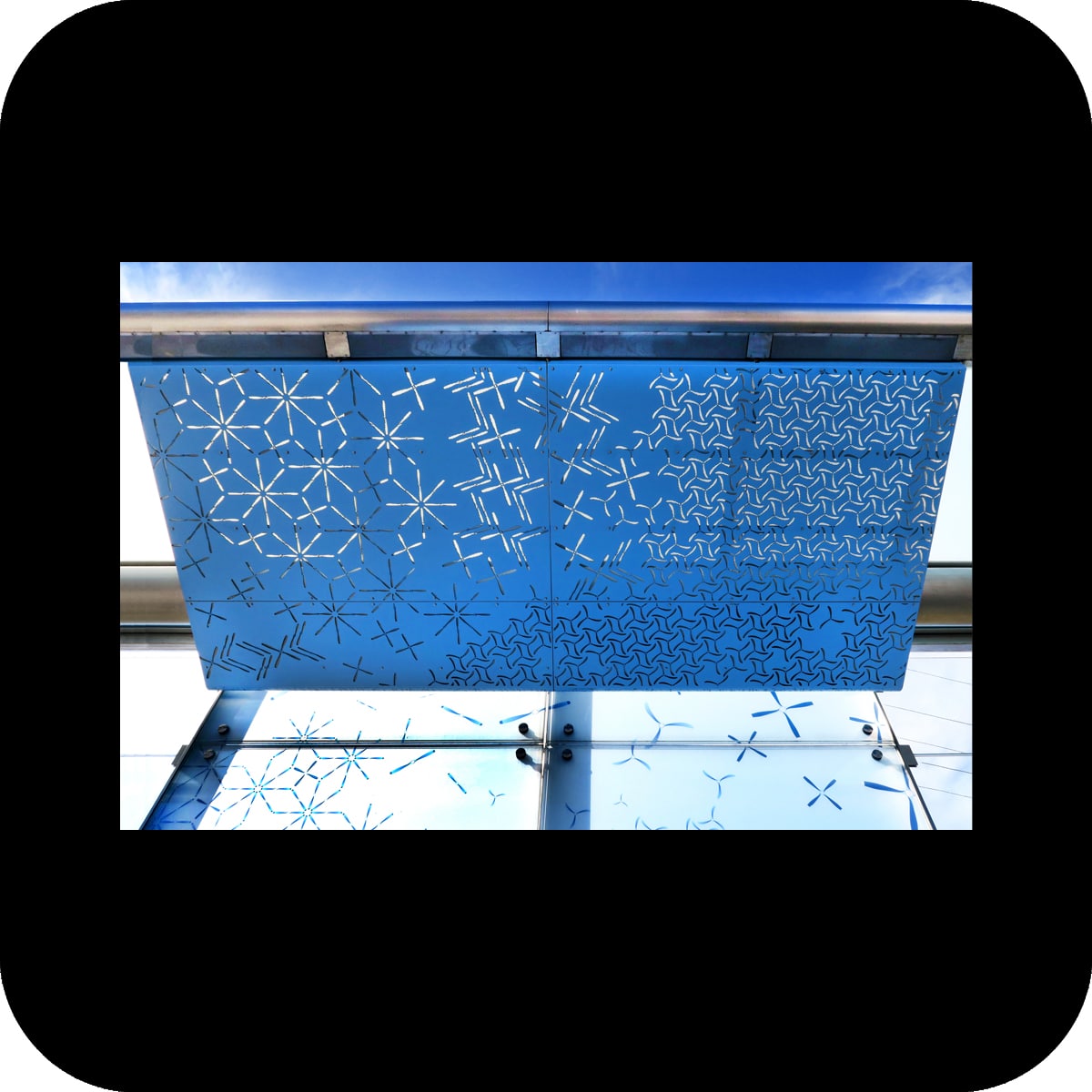 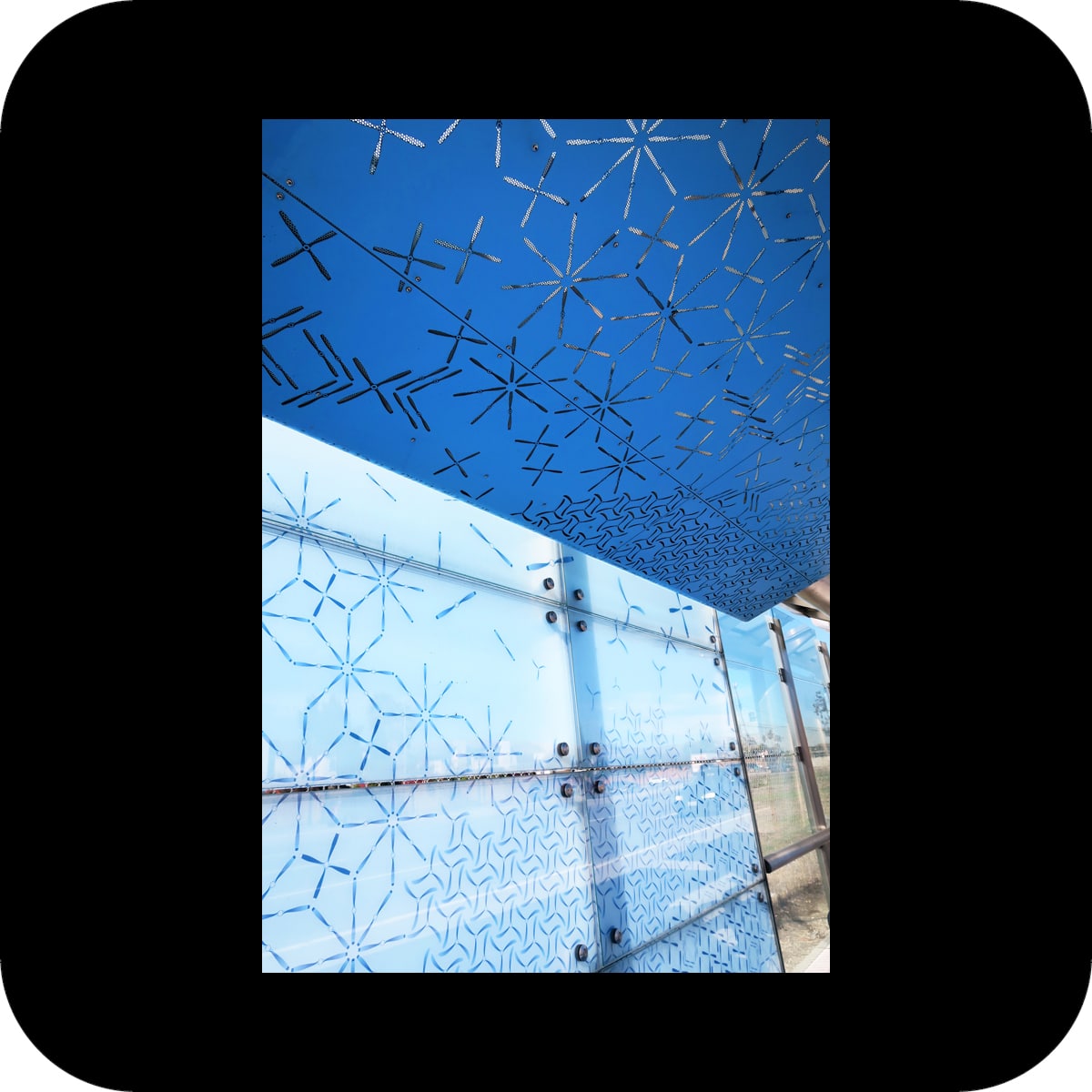