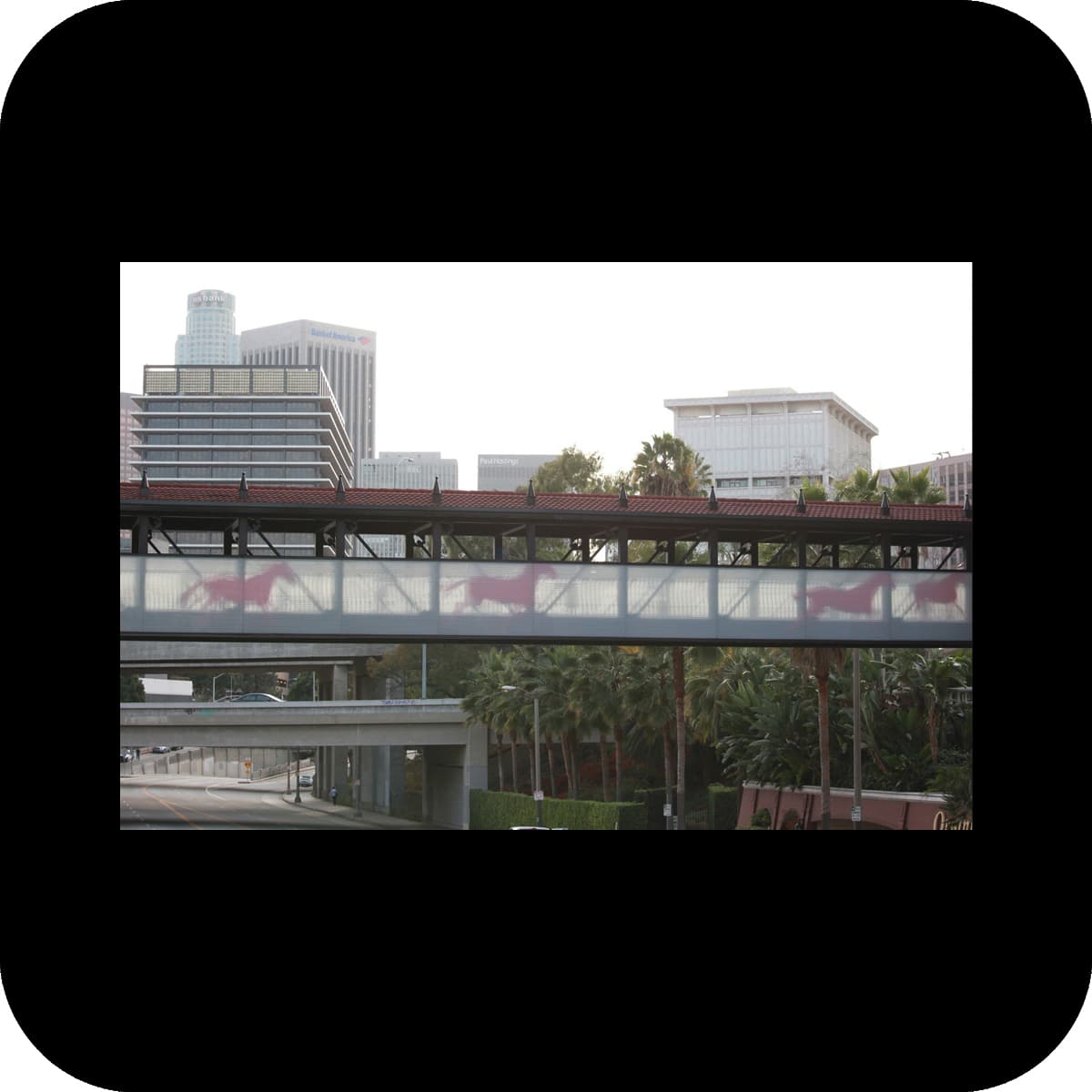 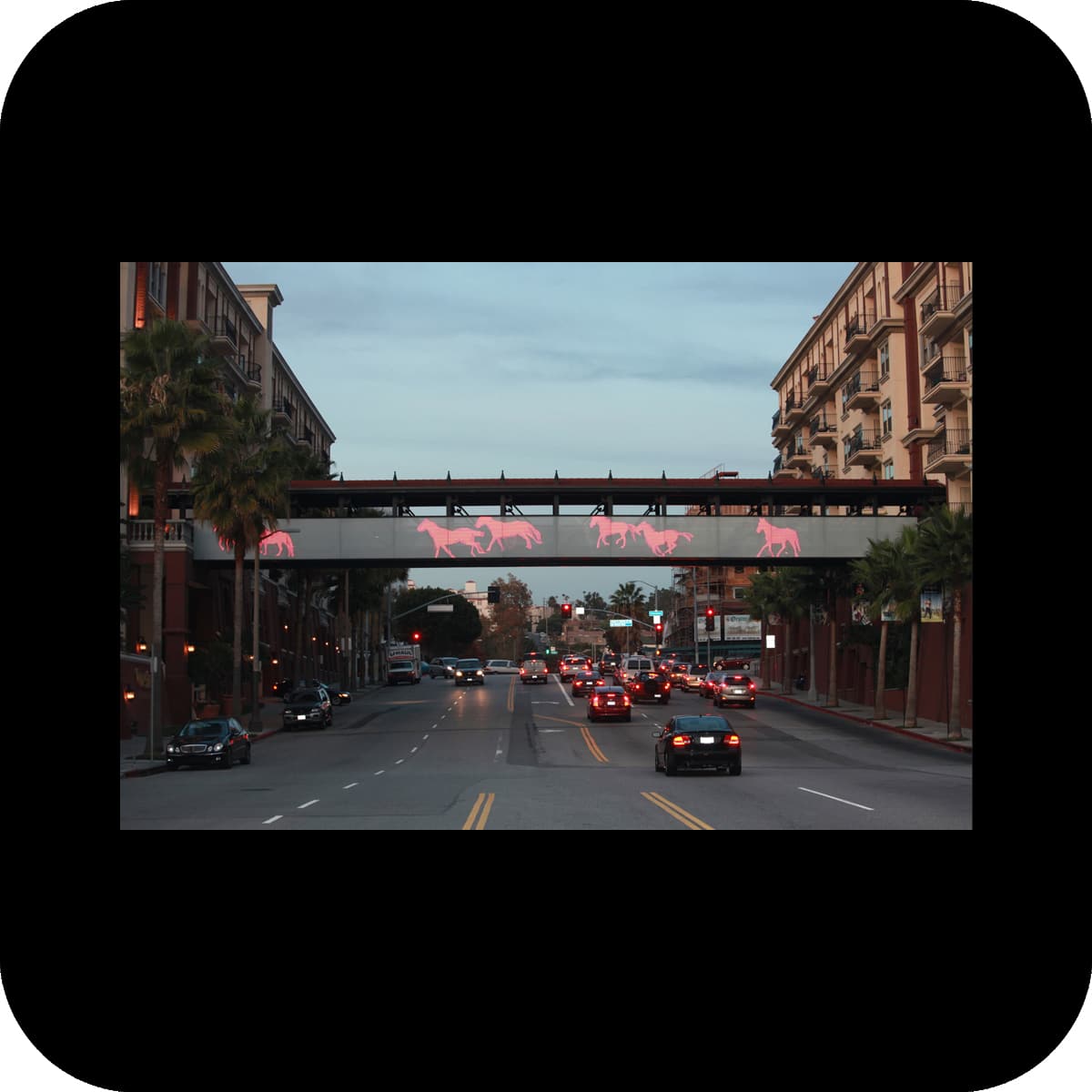 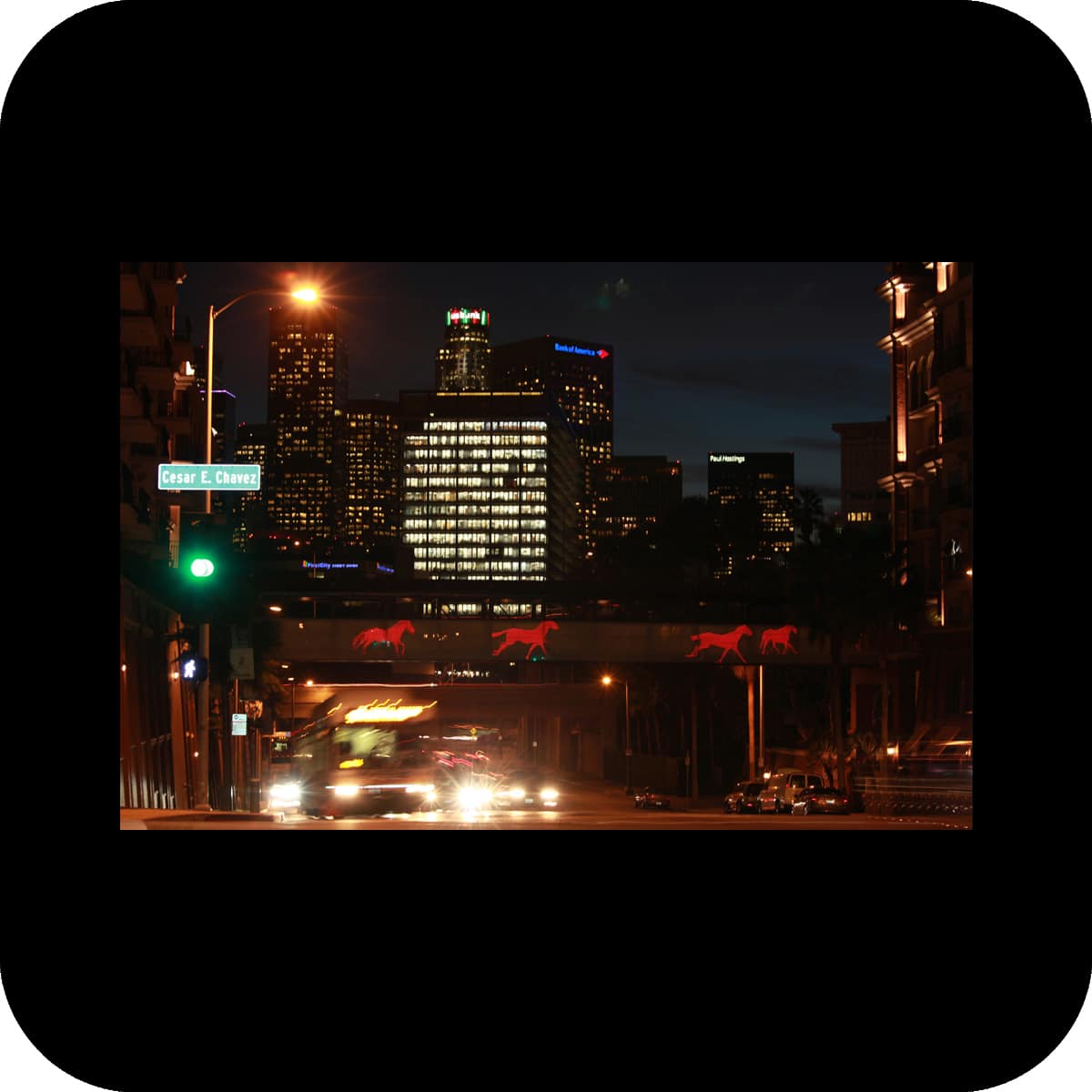 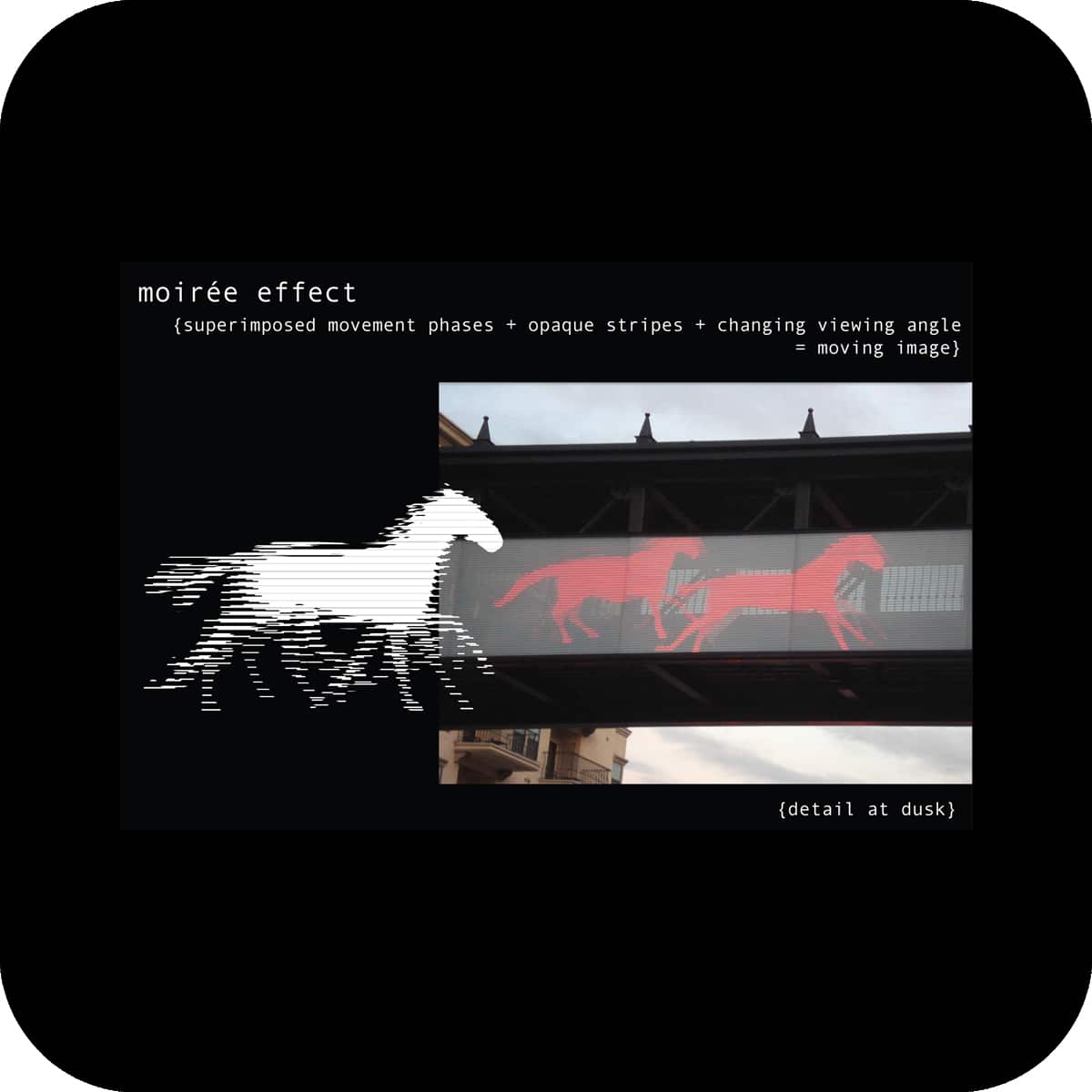 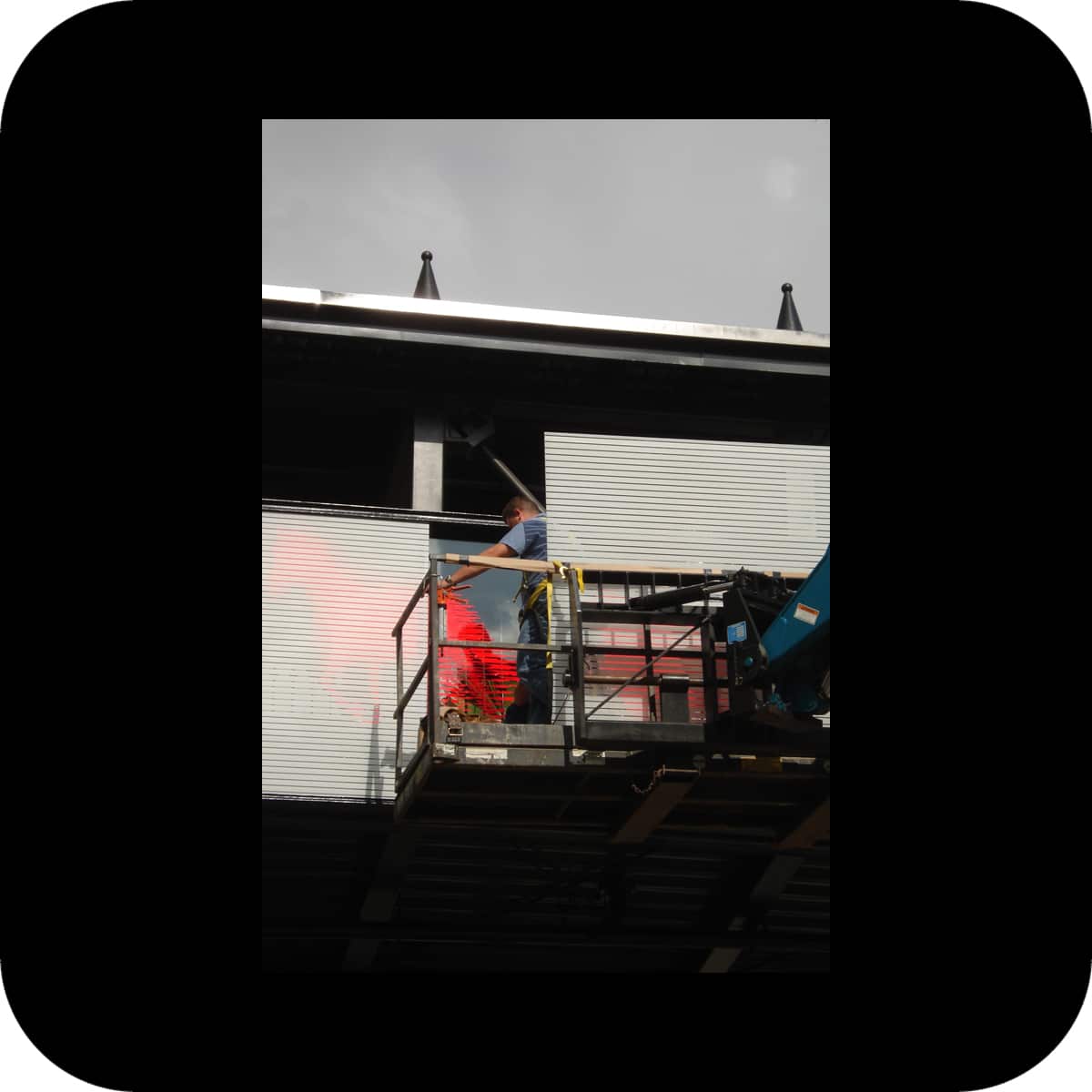 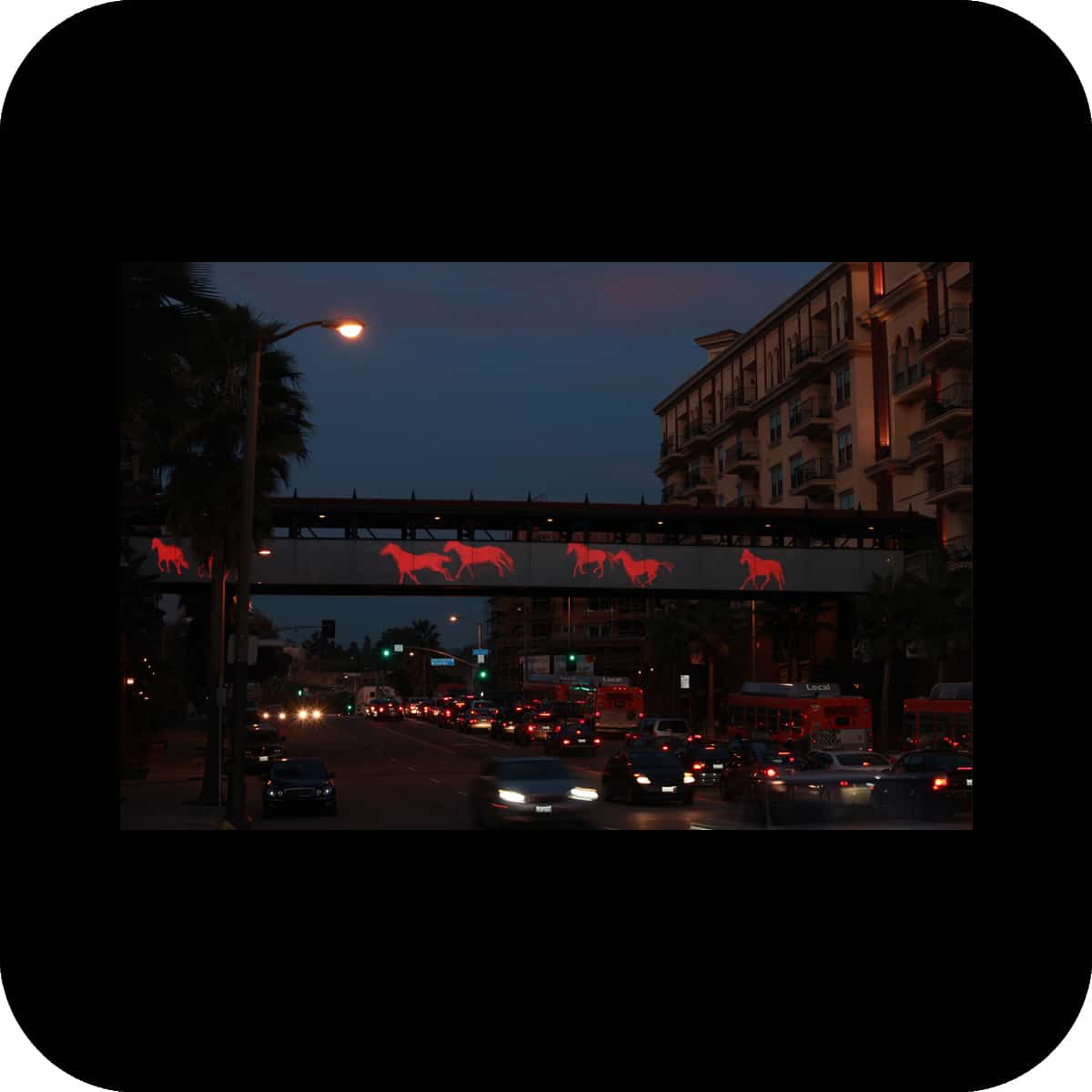 the premise of the project was to design a scenic gateway to chinatown utilizing images related to the chinese zodiac at a pedestrian bridge across north figueroa street.

in our artwork we created the illusion of horses moving across the bridge, aiming at a poetic moment of surprise when the viewer experiences wild animals moving through urban space.

a 7’ high glass-steel structure was applied to the exterior sides of the bridge. to achieve the illusion of movement the structure consisted of two layers: the front layer acted like a screen, while the back layer was composed of overlapping motion phases. the screen layer let the viewer experience only one of these image phases at a time. through the motion of the viewer passing under the bridge, the relationship of the two layers shifted and a different motion stage of the animal became visible, thus creating the impression of a moving animal. this illusion worked similarly to a “moiré effect”, a phenomenon well known since the beginning of the 20th century.

the front and back layers of the installation were made of laminated glass. the front “screen layer” was installed as a continuous glass surface with a rhythm of opaque stripes printed onto it. the images on the back layer were applied with a reflective traffic film, thus making them especially alive at night, when a passing car’s lights hit the bridge.

the project was illegally decommissioned in 2012 after the community redevelopment agency of los angeles was dissolved. the client replaced it with a traditional coat of arms reflecting his personal aesthetic preferences.