the shelter’s surrounding area used to have a significant african american population. while this population has largely moved away to other areas of the city, several predominantly african american churches remain: st. paul missionary baptist church and st. james african methodist episcopal (ame) church are both located close to the brt line on san antonio st.

in reaching out to this community, we learned about “church hats”, a tradition of wearing ornate hats to sunday mass and especially on high holidays. we documented this tradition in a community photo shoot at st. paul missionary baptist church on march 2nd 2014. the photos of the hats and their owners were abstracted into silhouettes and applied to the windscreen and ceiling. hat boxes pattern the ground pavers. 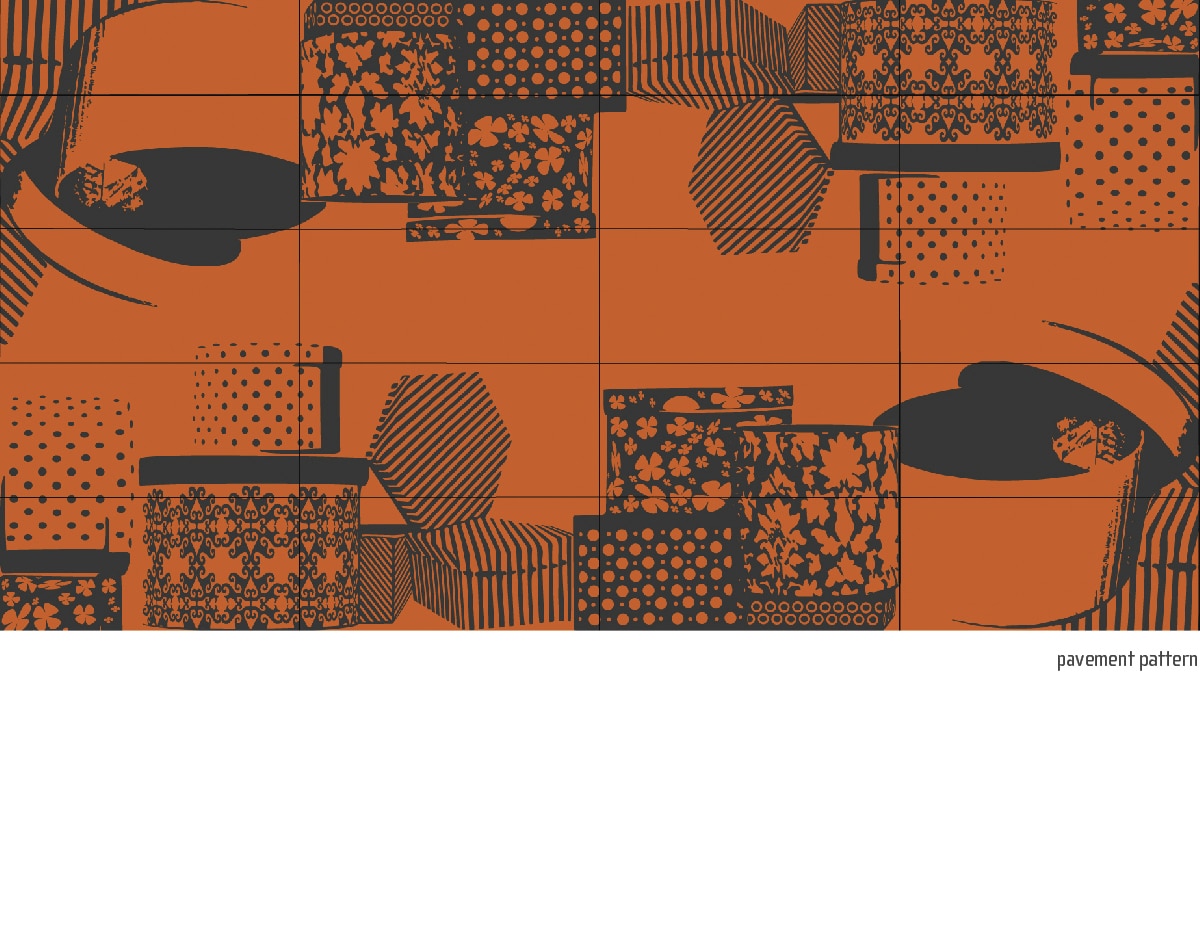 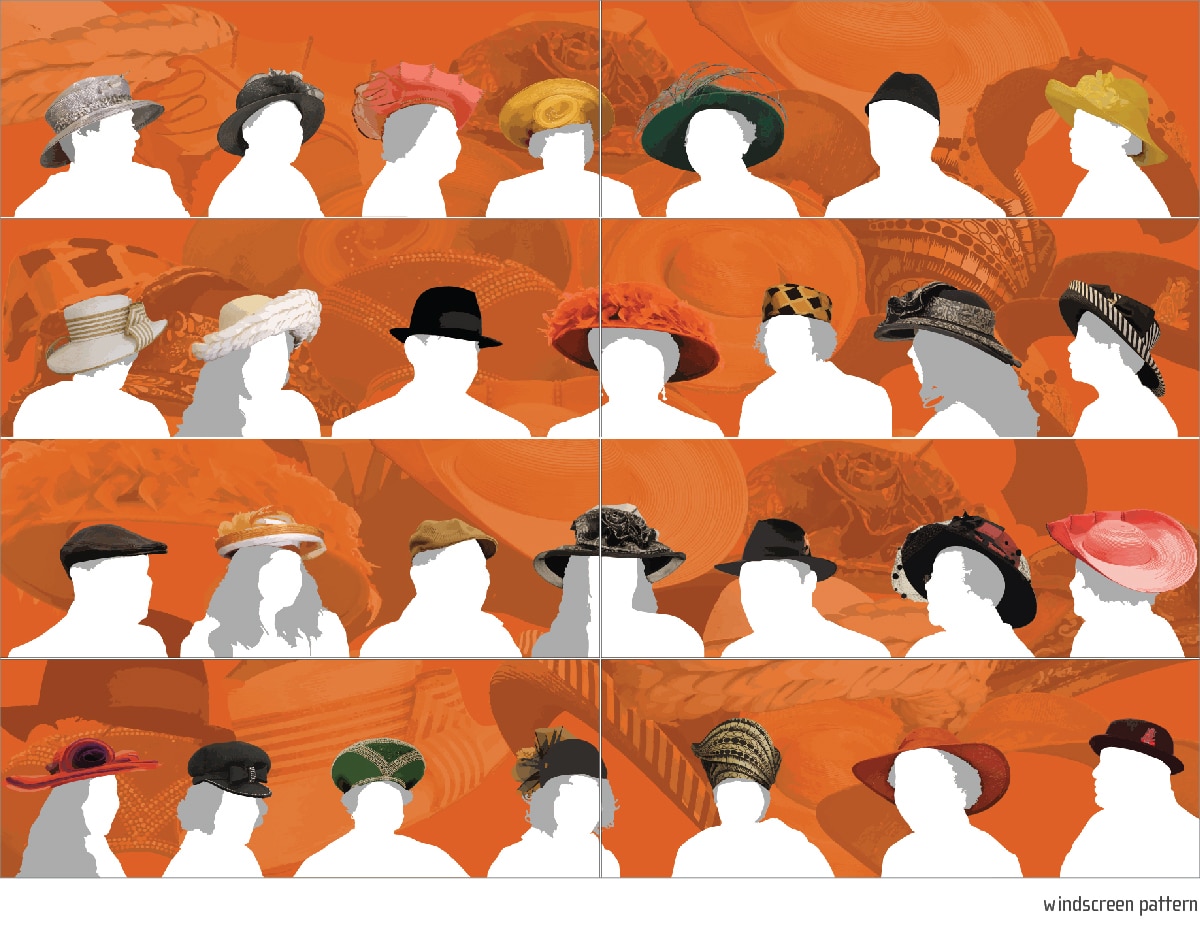 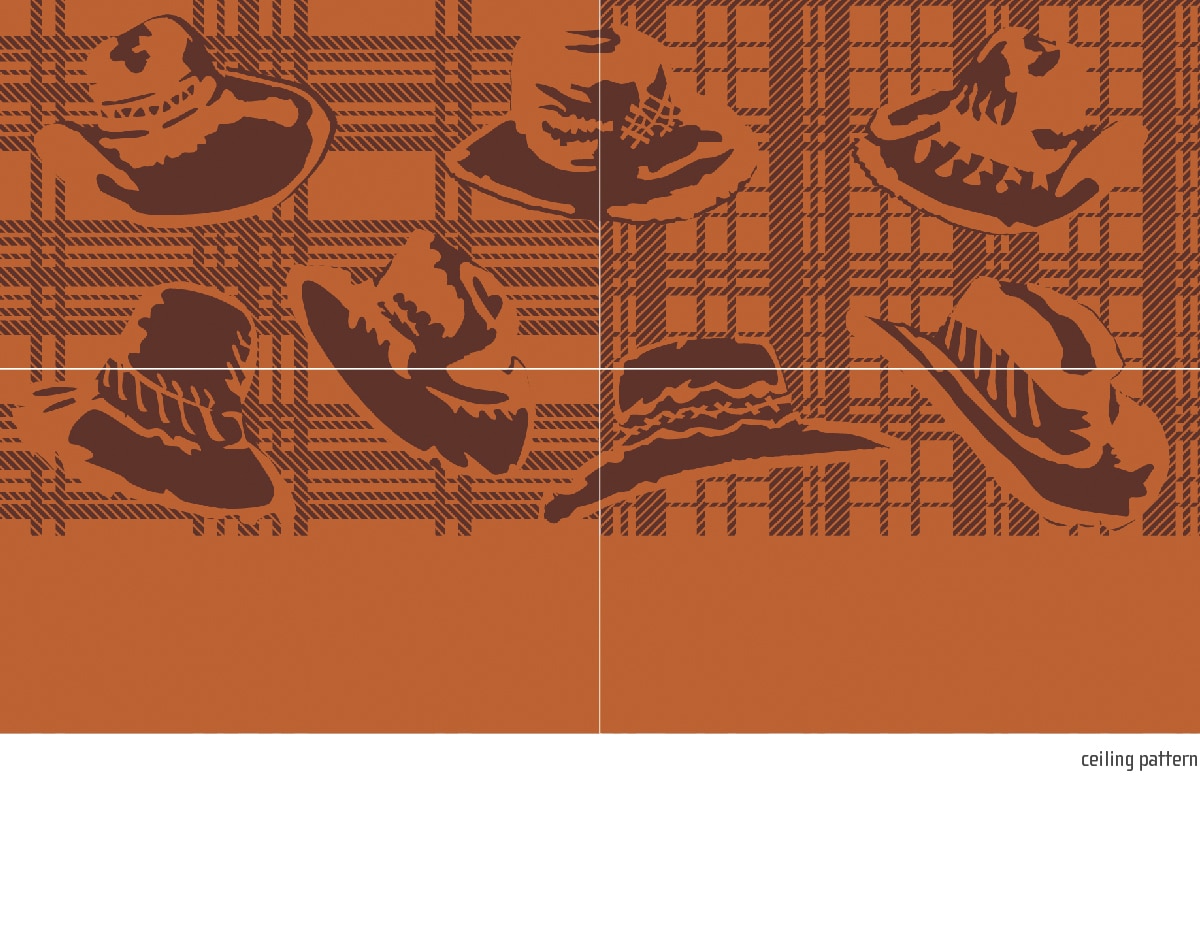 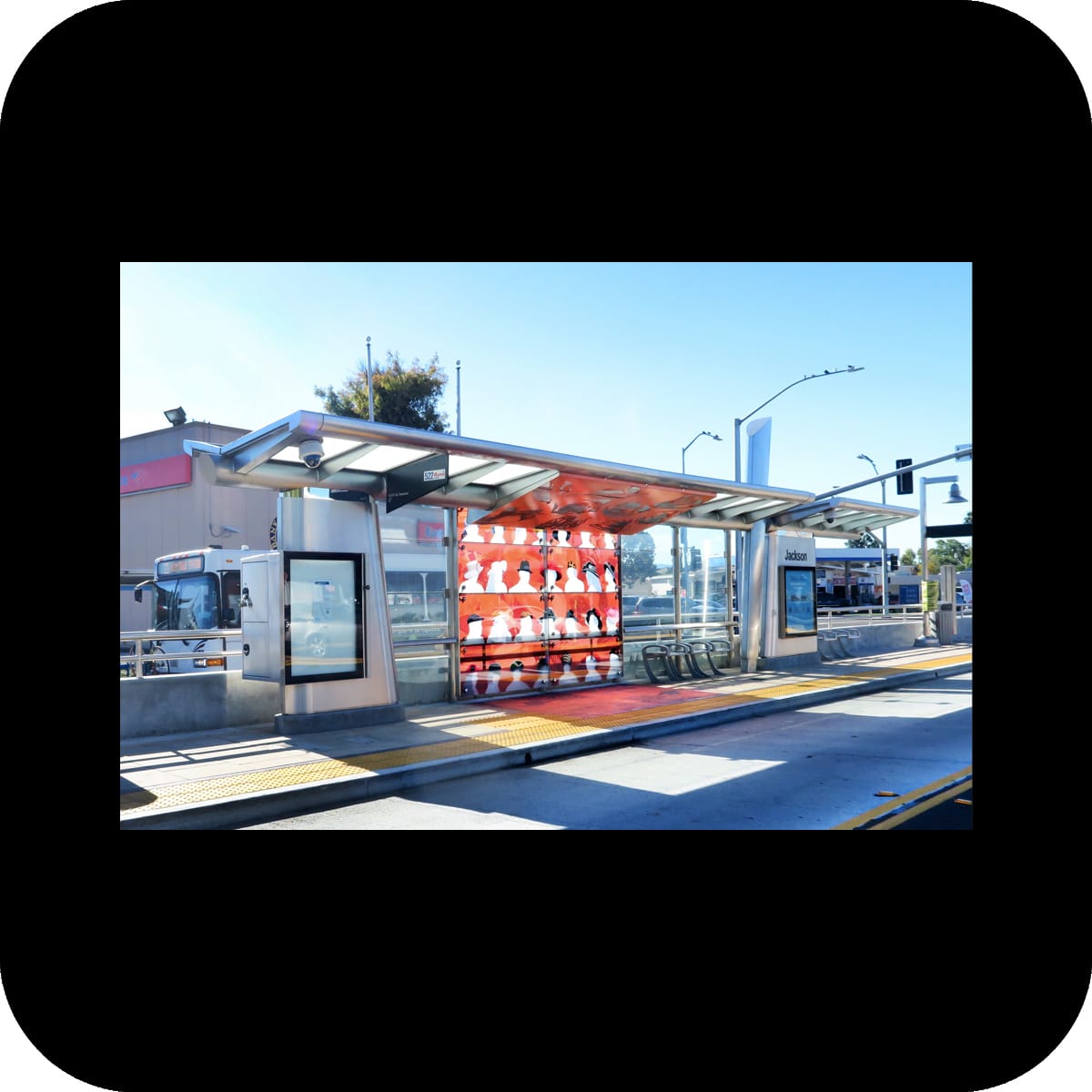 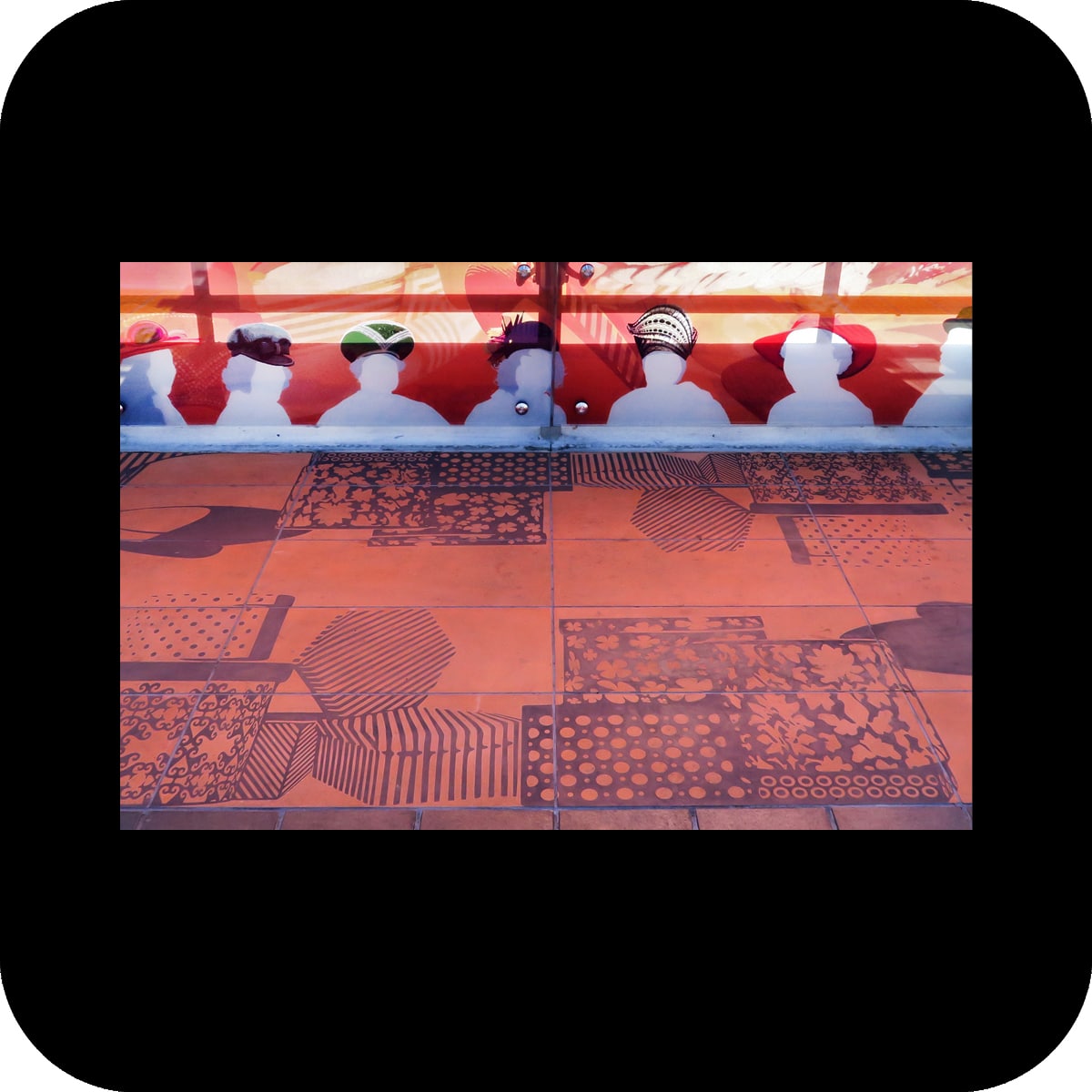 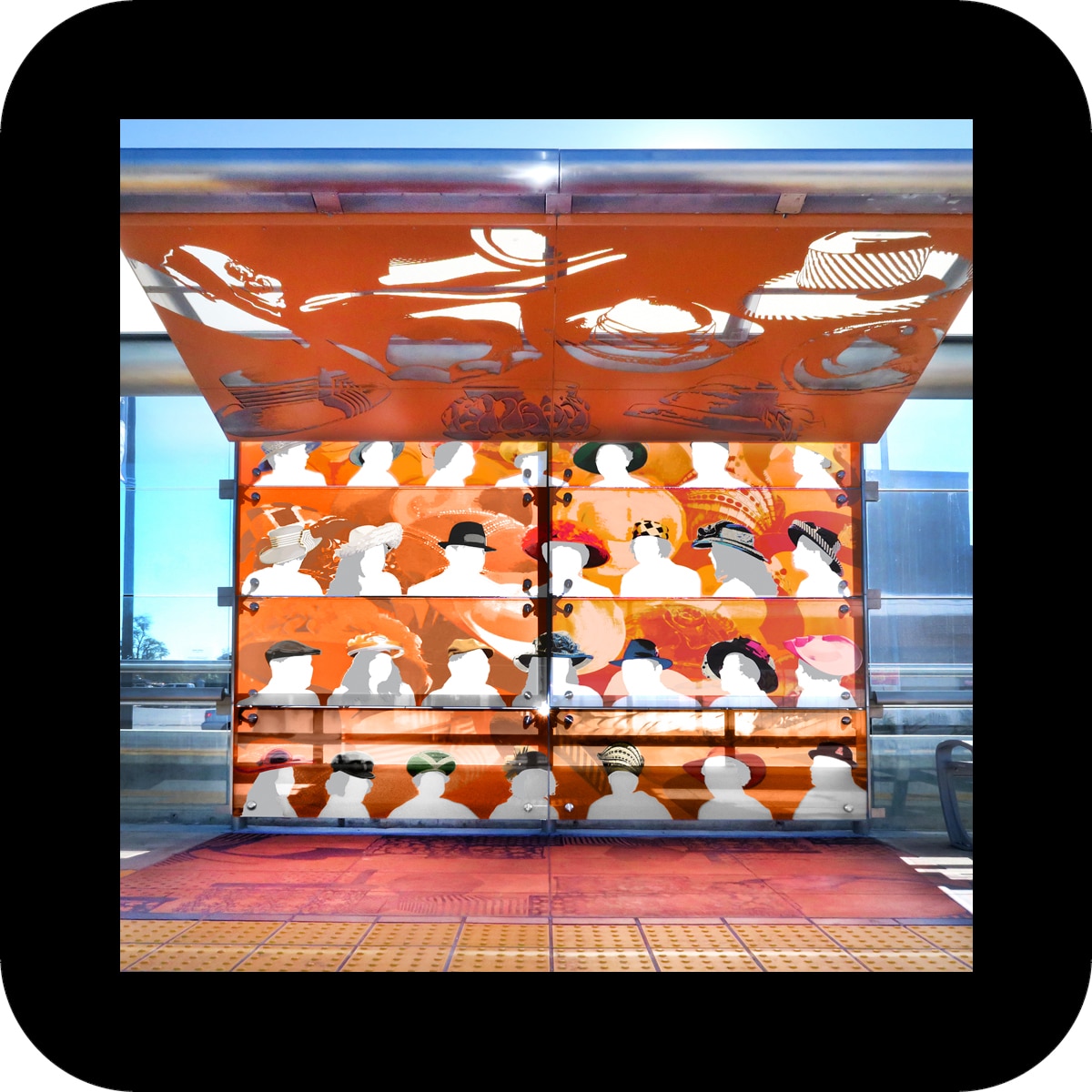 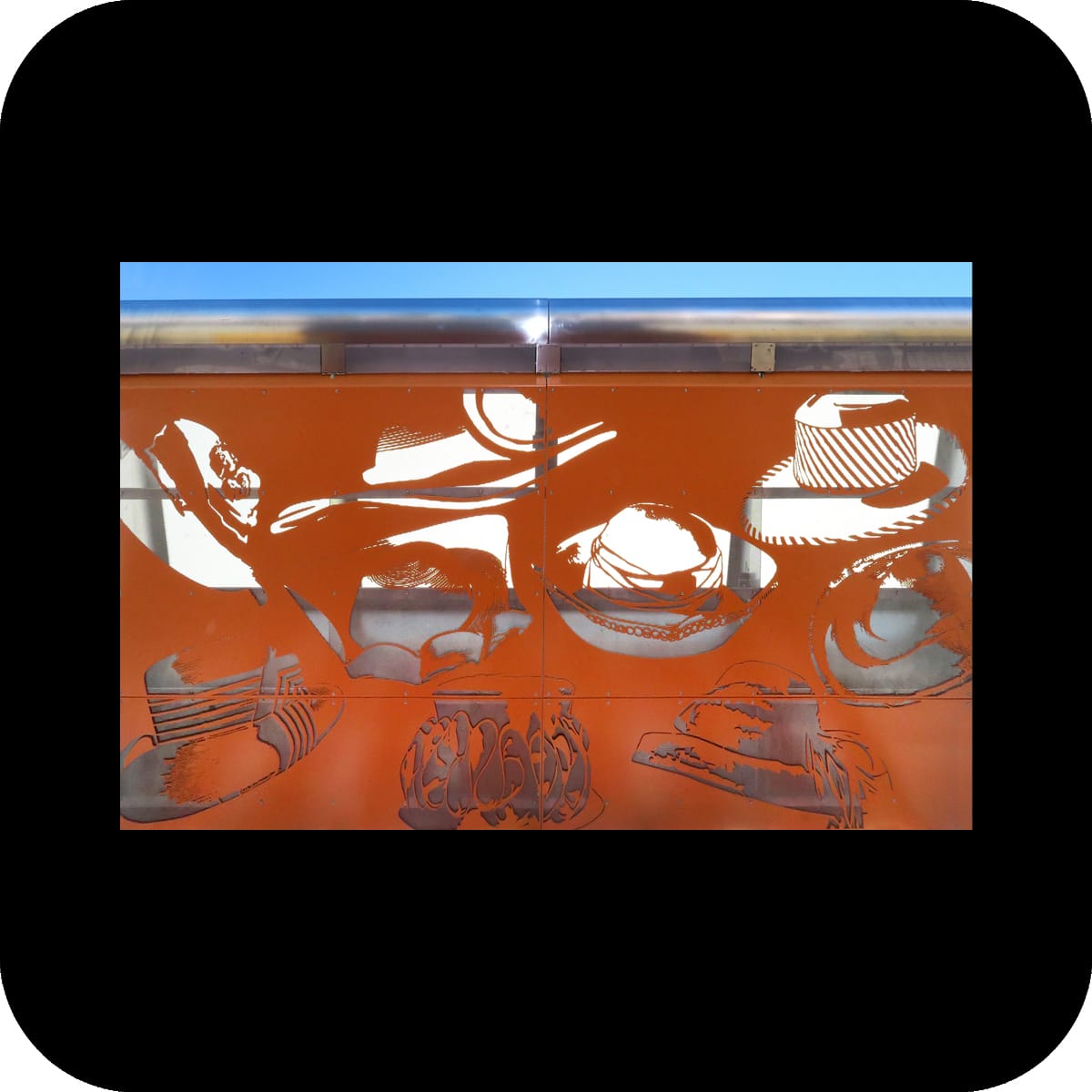 this area was home to many farm workers when san jose was still heavily defined by agriculture. “our lady of guadalupe church” located close to the brt line at 2020 e. san antonio street is a catholic parish heavily engaged in issues of social justice. it was here that cesar chavez – who lived in the neighborhood at 53 scharff avenue from 1948 to 1962- was introduced by father donald mcdonnell to other labor activists, and consequently started his work as community organizer. many members of this community played an active role in the early farm workers movement, which continues to be a source of pride and identification to this day.

the pattern at this shelter references this history with a landscape drawing taken from the 1967 letterhead of the united farm workers’ movement. the landscape drawing is expanded and overlaid by a design composed from the traditional plaid pattern of farmworkers’ garments. fruit and crops are inserted into the pattern in the field, and in “fruit crates” on the pavement. farmworkers hats enliven the ceiling and are a nod to the church hat pattern at the westbound shelter.

information provided by the garza family and jaime alvarado 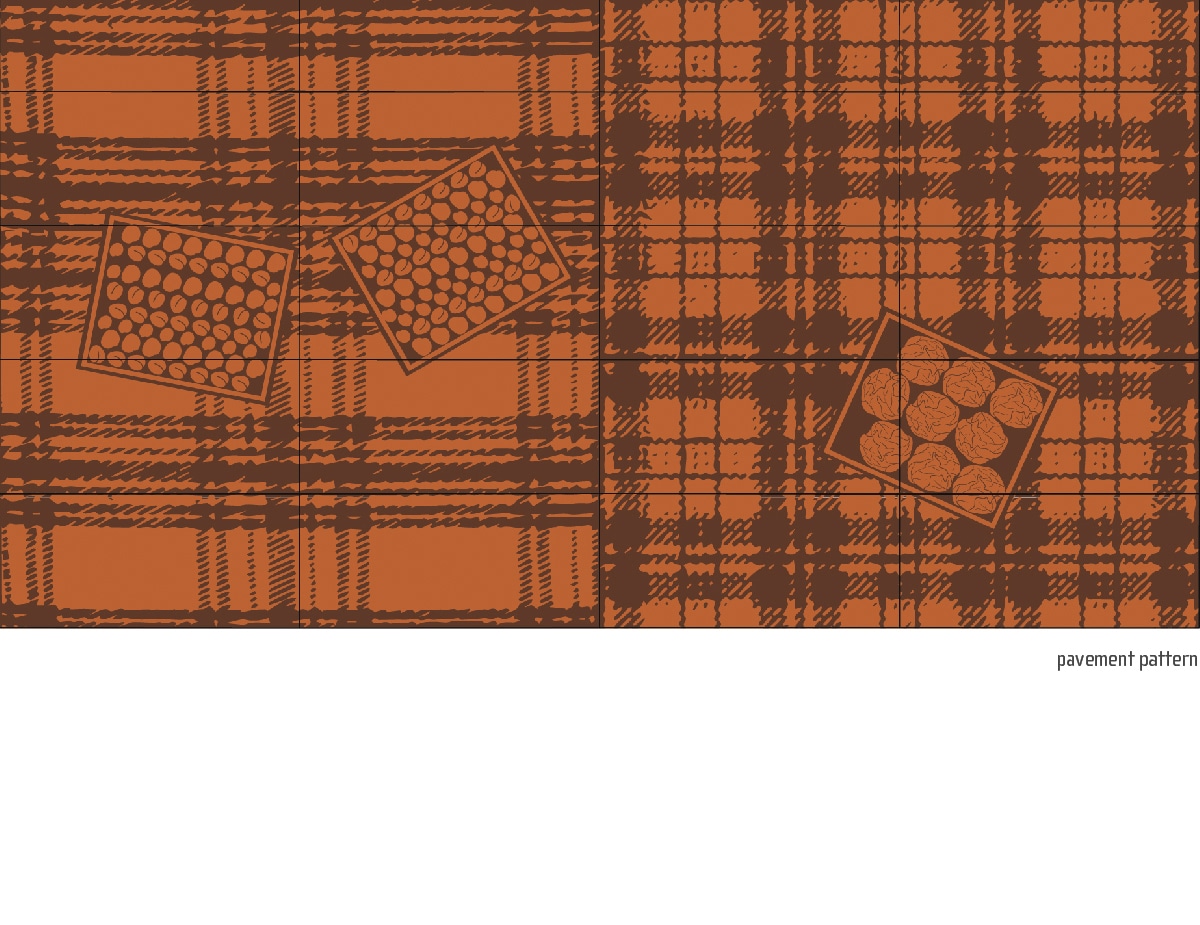 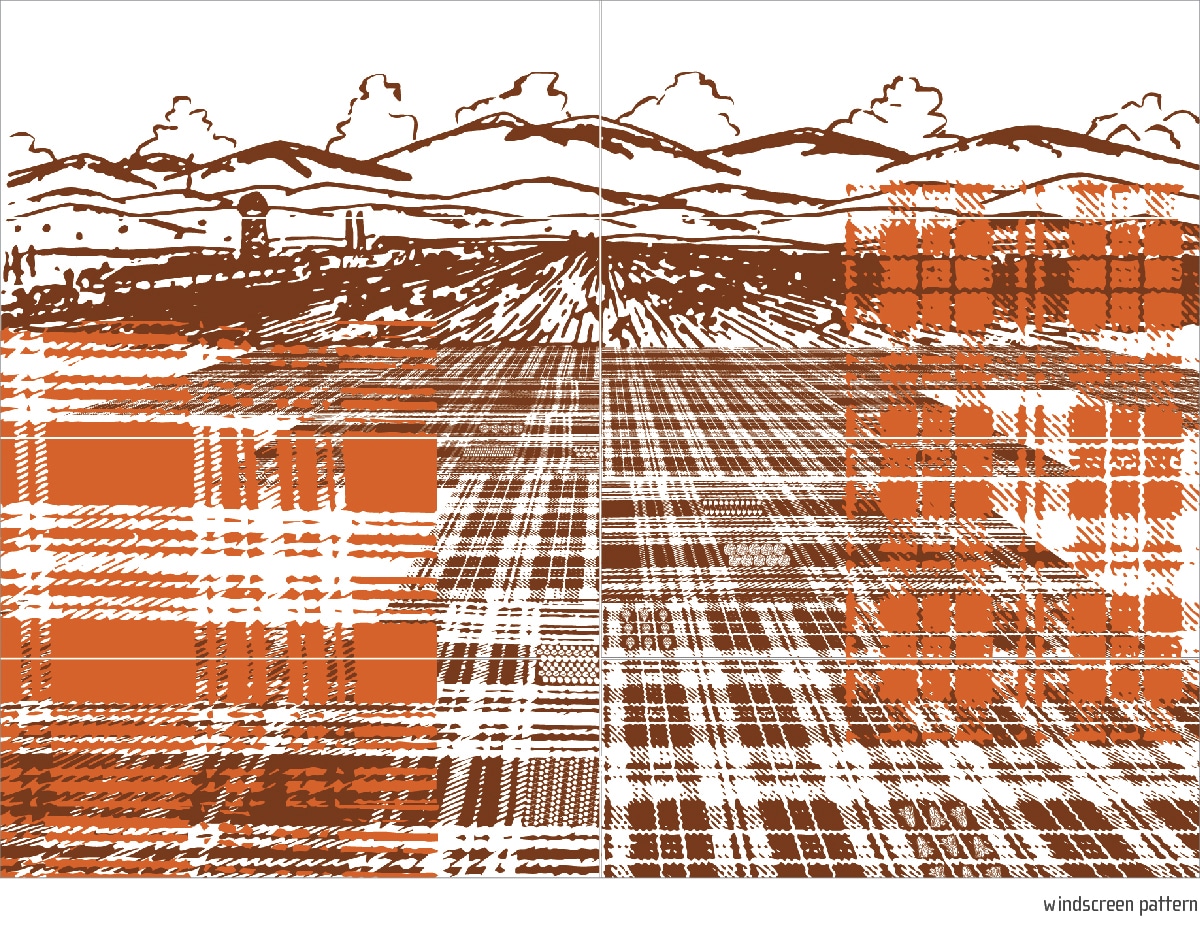 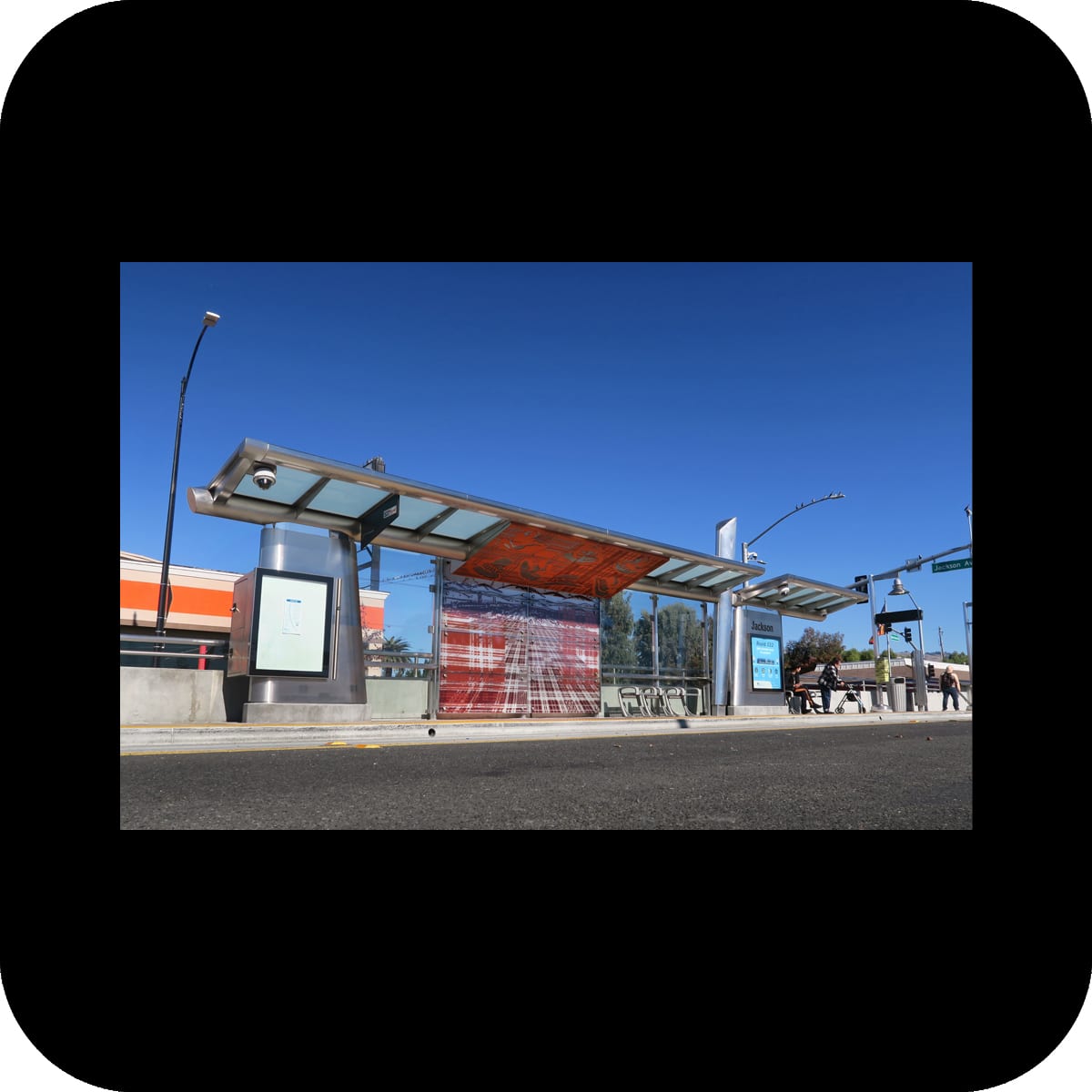 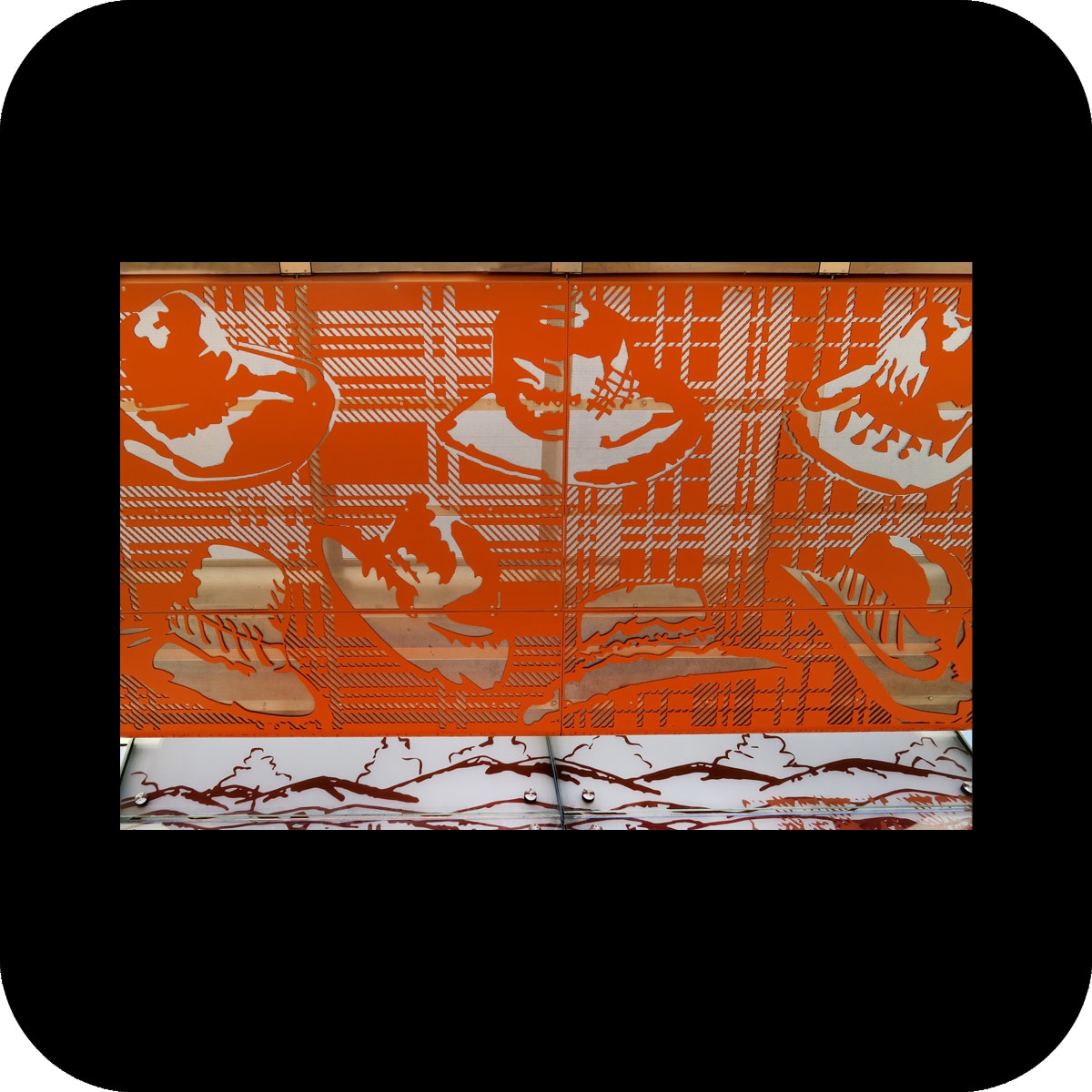 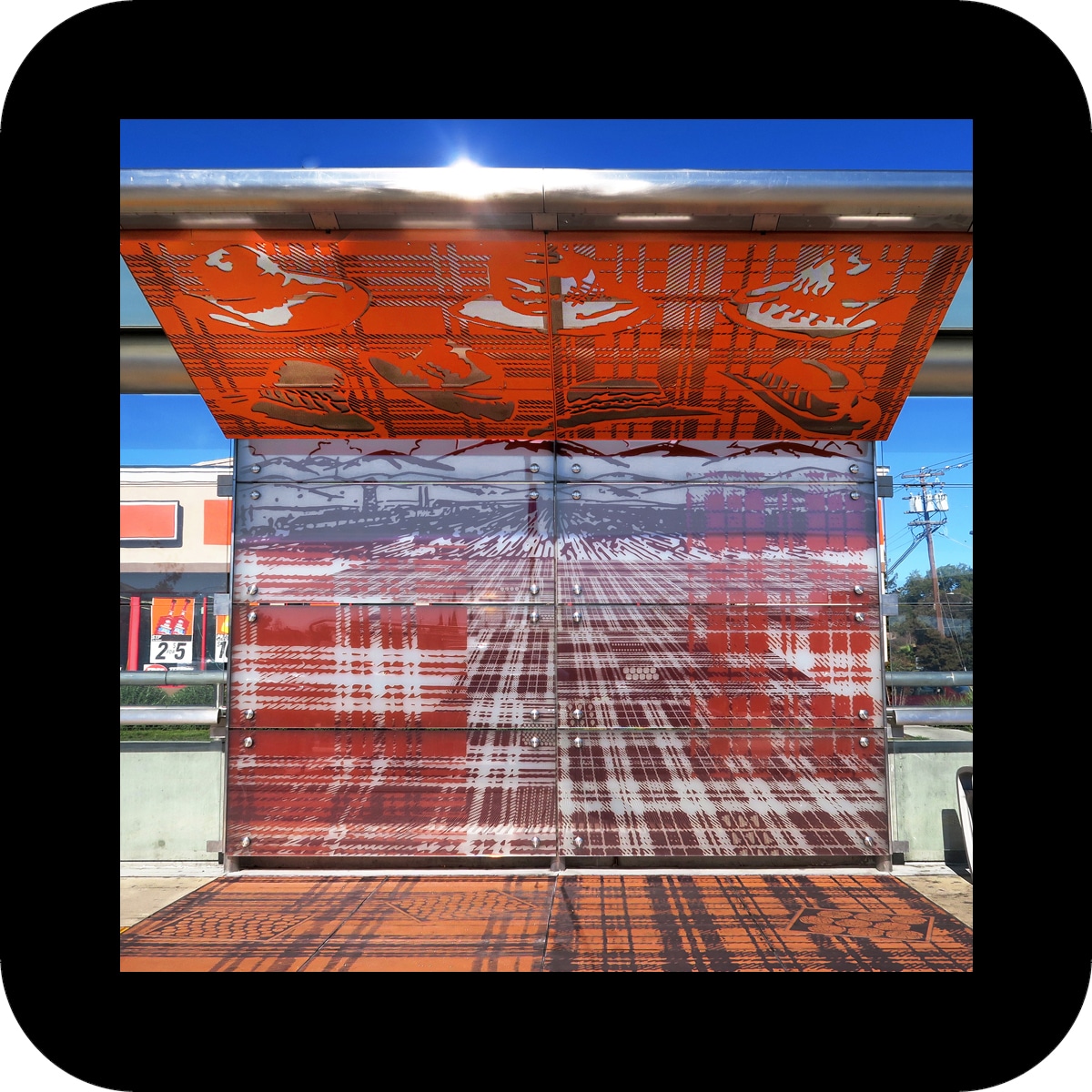 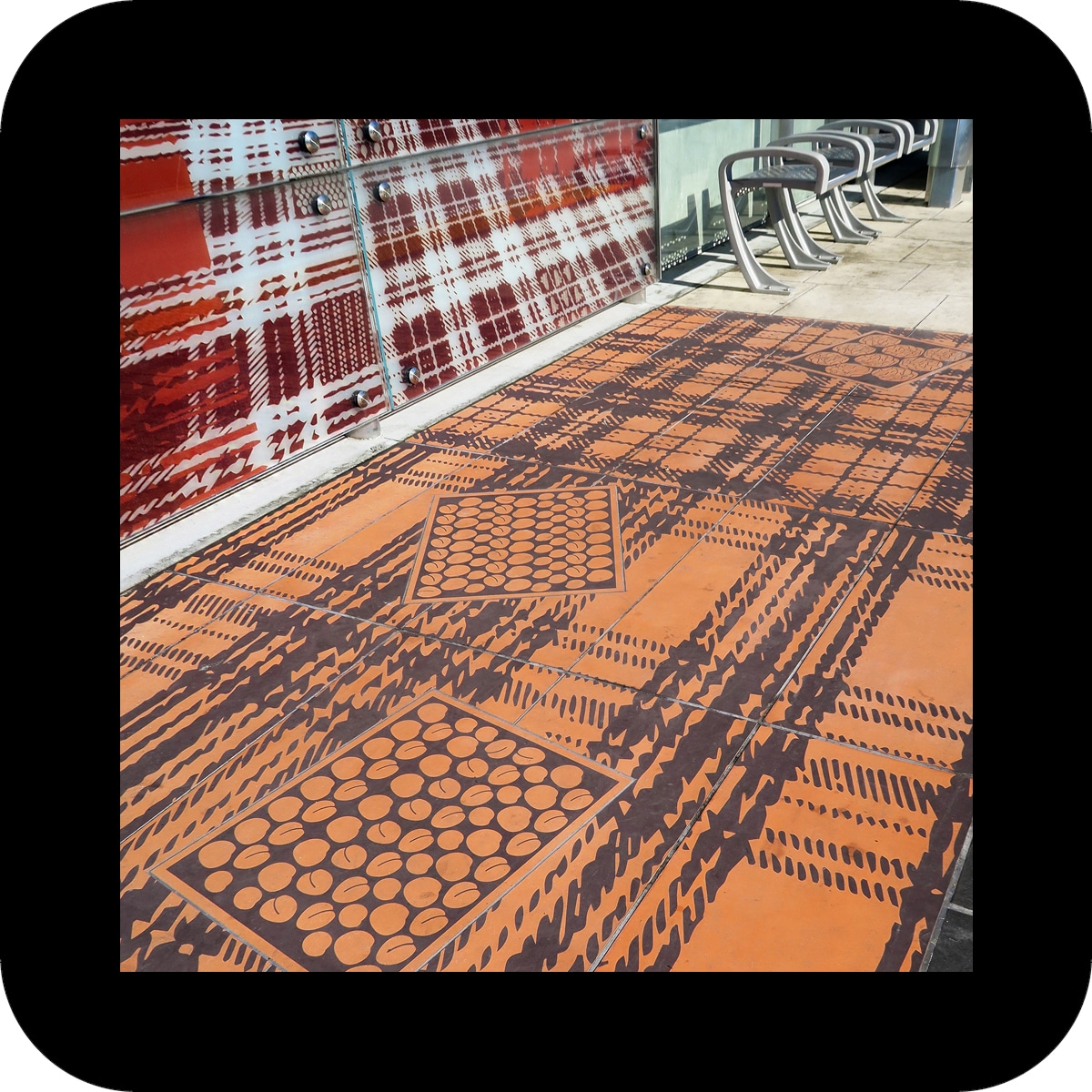 similarly to king road eastbound, patterns are based on the art form of papel picado. while the eastbound station uses images derived from indigenous traditions, the westbound patterns are based on mexican folkloric traditions, including mariachi music and dance. they also include several important native american symbols, i.e. hummingbird (regeneration and strength), monarch butterfly (migration), marigolds (fragility of life), and the trio of agricultural crops known as the “three sisters”: beans, squash and corn. the elements are set within traditional papel picado patterns and were designed in collaboration with local artist rick moreno. 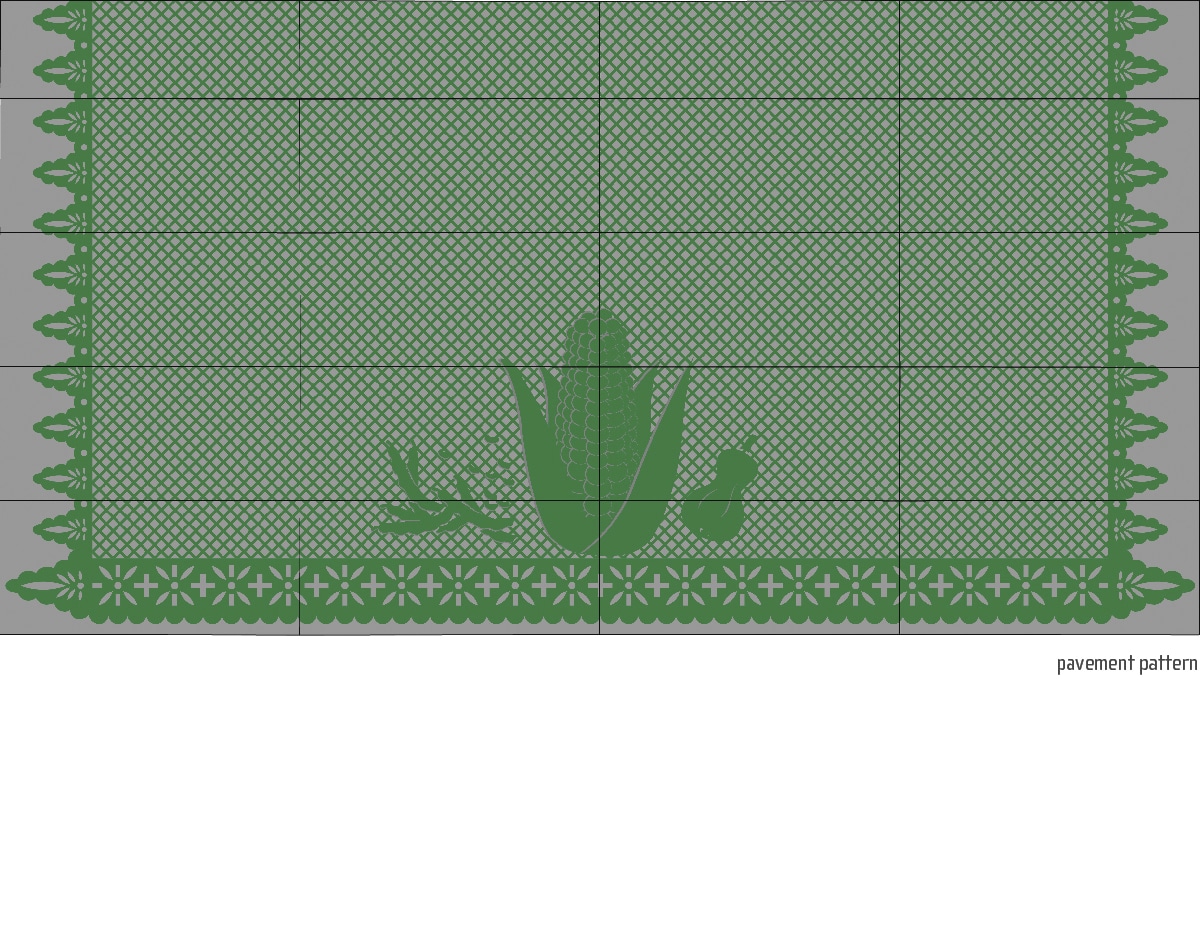 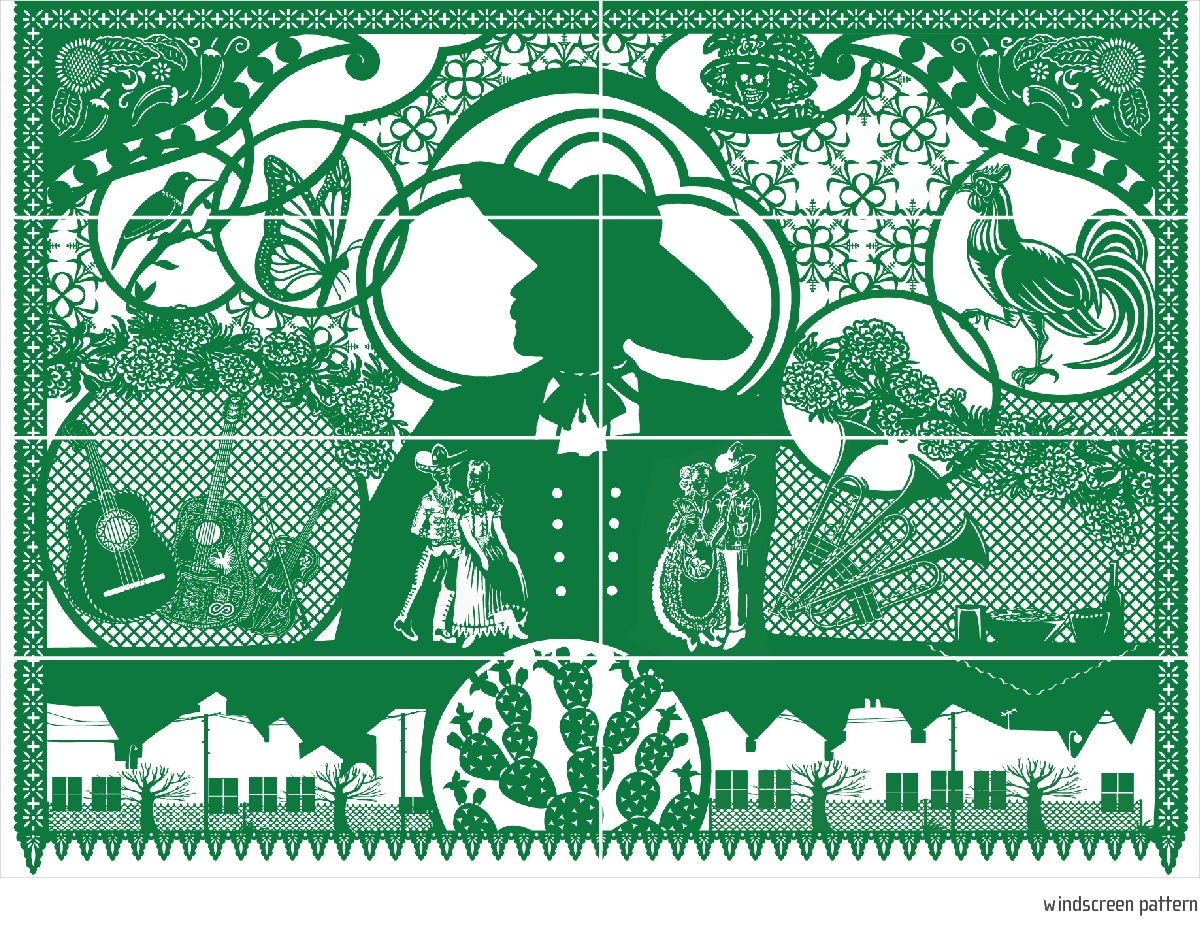 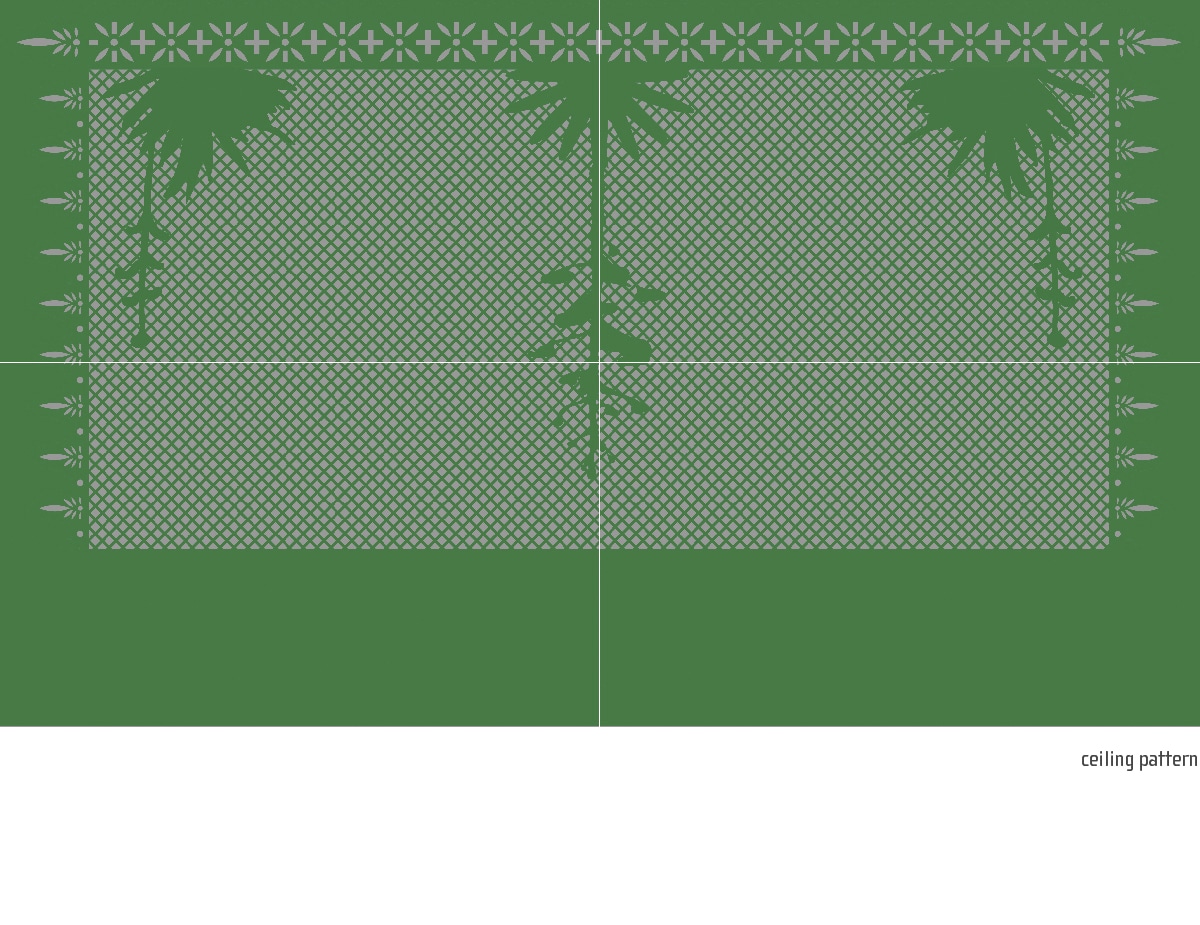 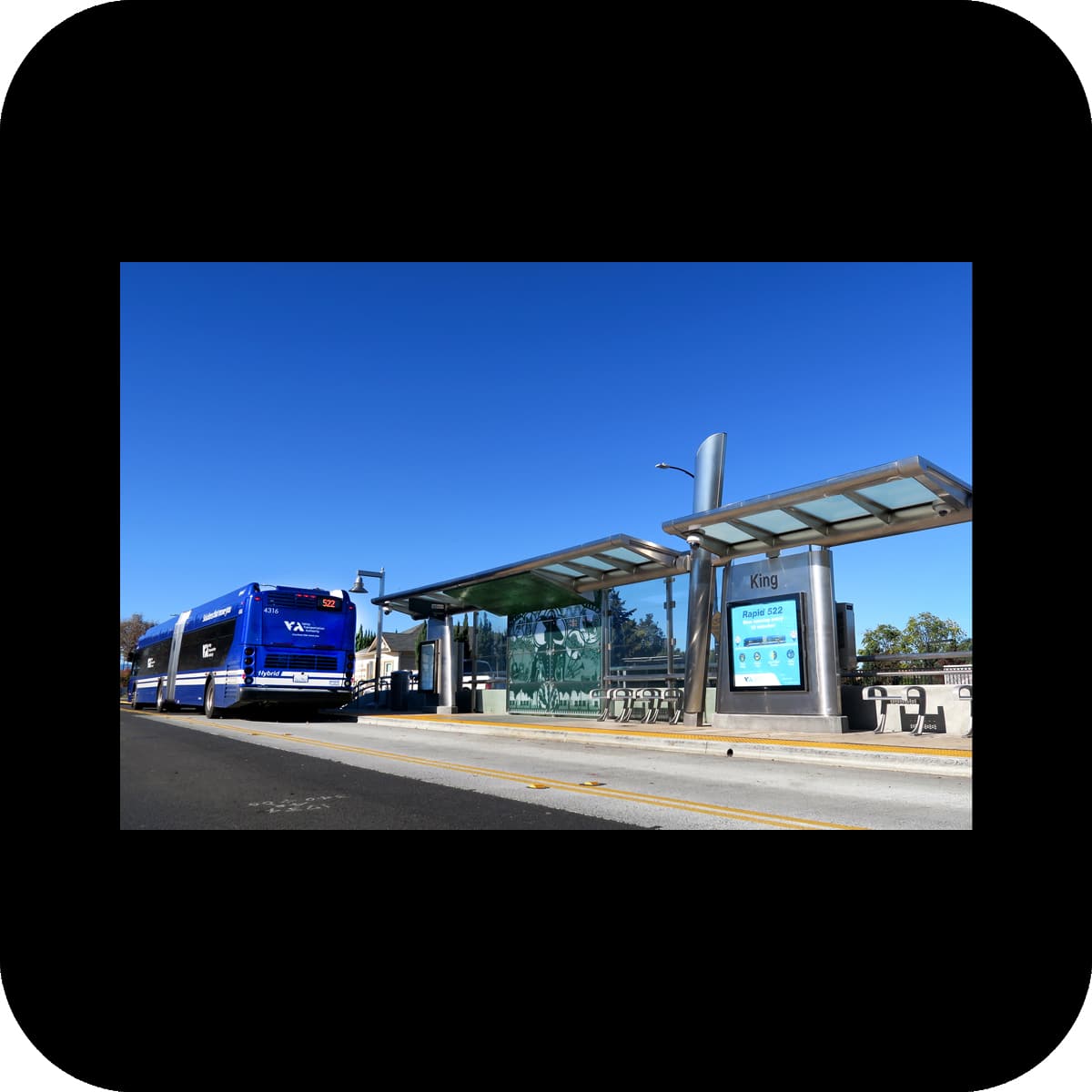 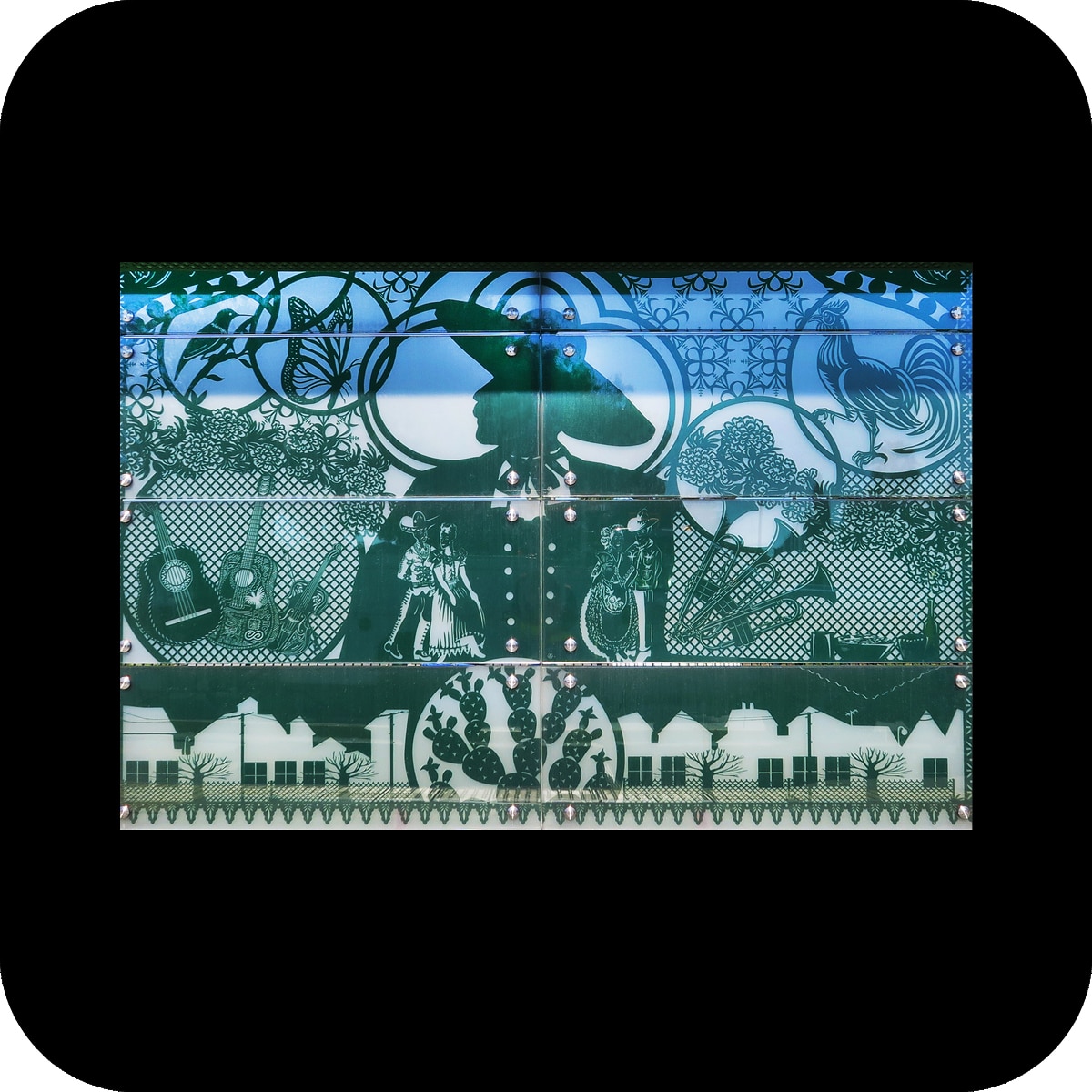 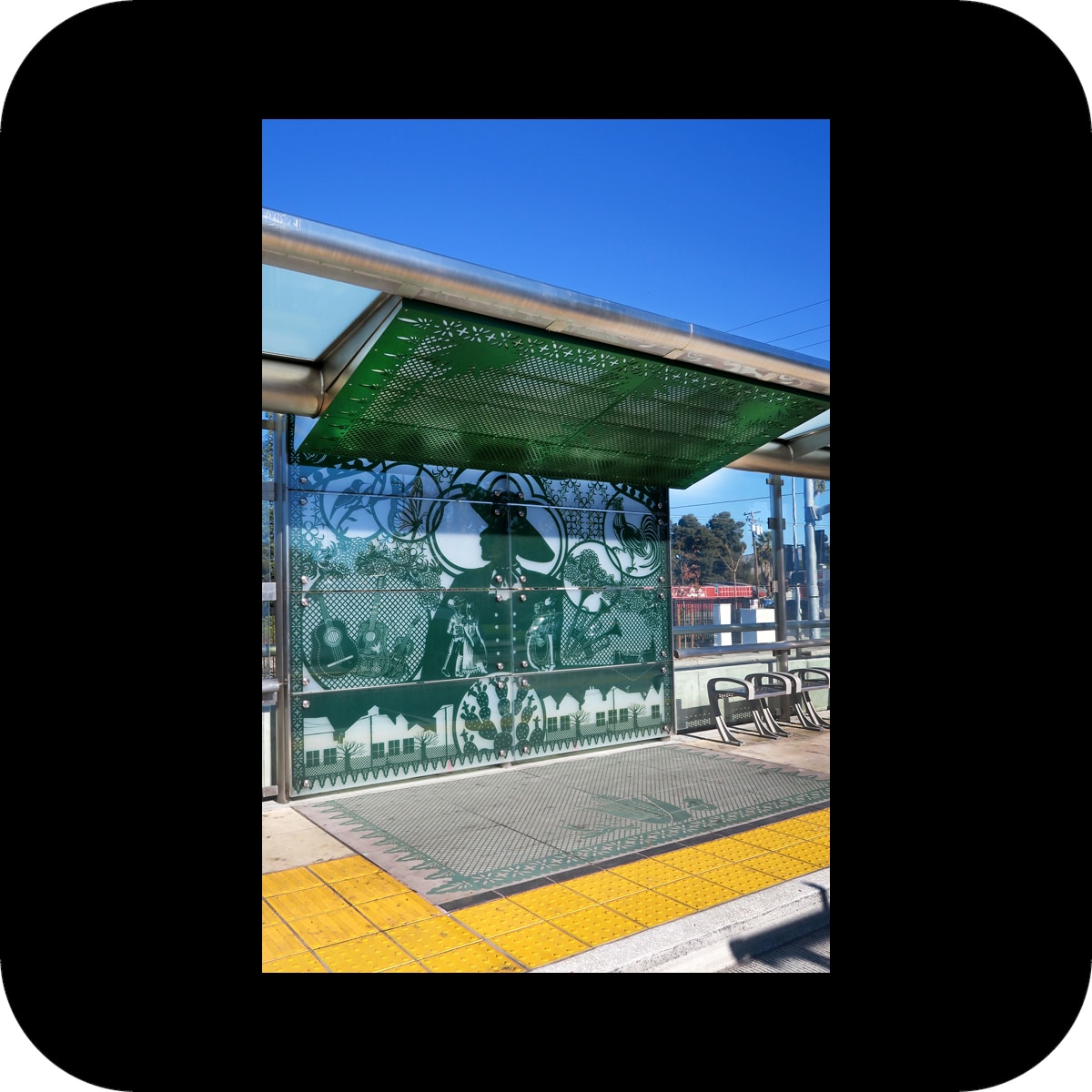 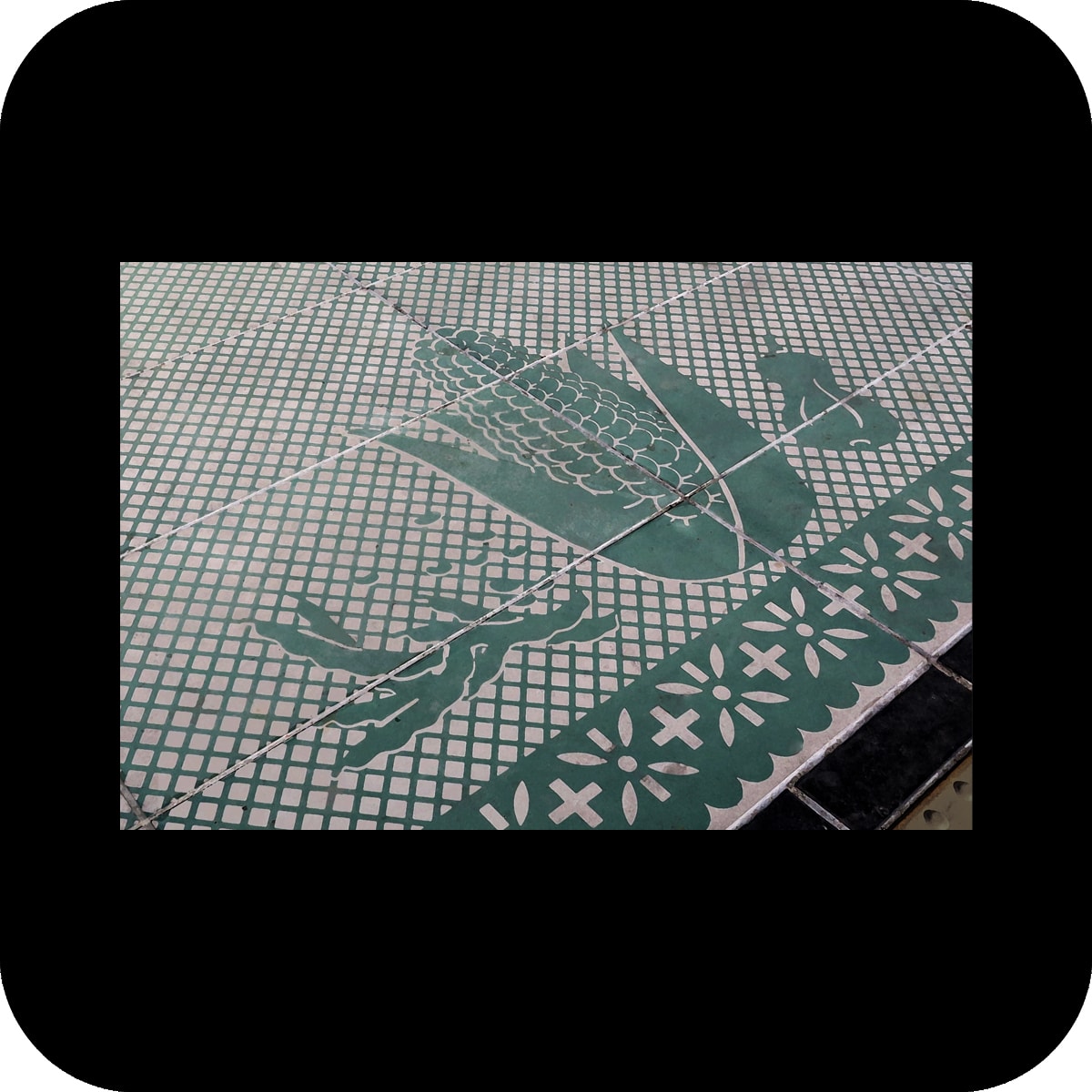 both king street station shelters are located in front of the mexican heritage plaza, and its school of arts and culture. this important neighborhood institution is instrumental in keeping mexican and native american heritage, art forms, and traditions alive. we choose the traditional mexican folk art of papel picado to create the patterns at these two shelters. papel picado is a paper cut usually made from tissue paper that is commonly displayed for both secular and religious occasions.

patterns at king road eastbound evoke indigenous traditions, both aztec and ohlone in their origin. dancers, drums, and other artefacts as seen at the local azteca mexica new year held annually at emma prusch farm park, and at día de los muertos celebrations, inspired the patterns. these patterns were furthermore enhanced with traditional aztec ornaments and symbols. papel picado patterns were designed in collaboration with local artist rick moreno. 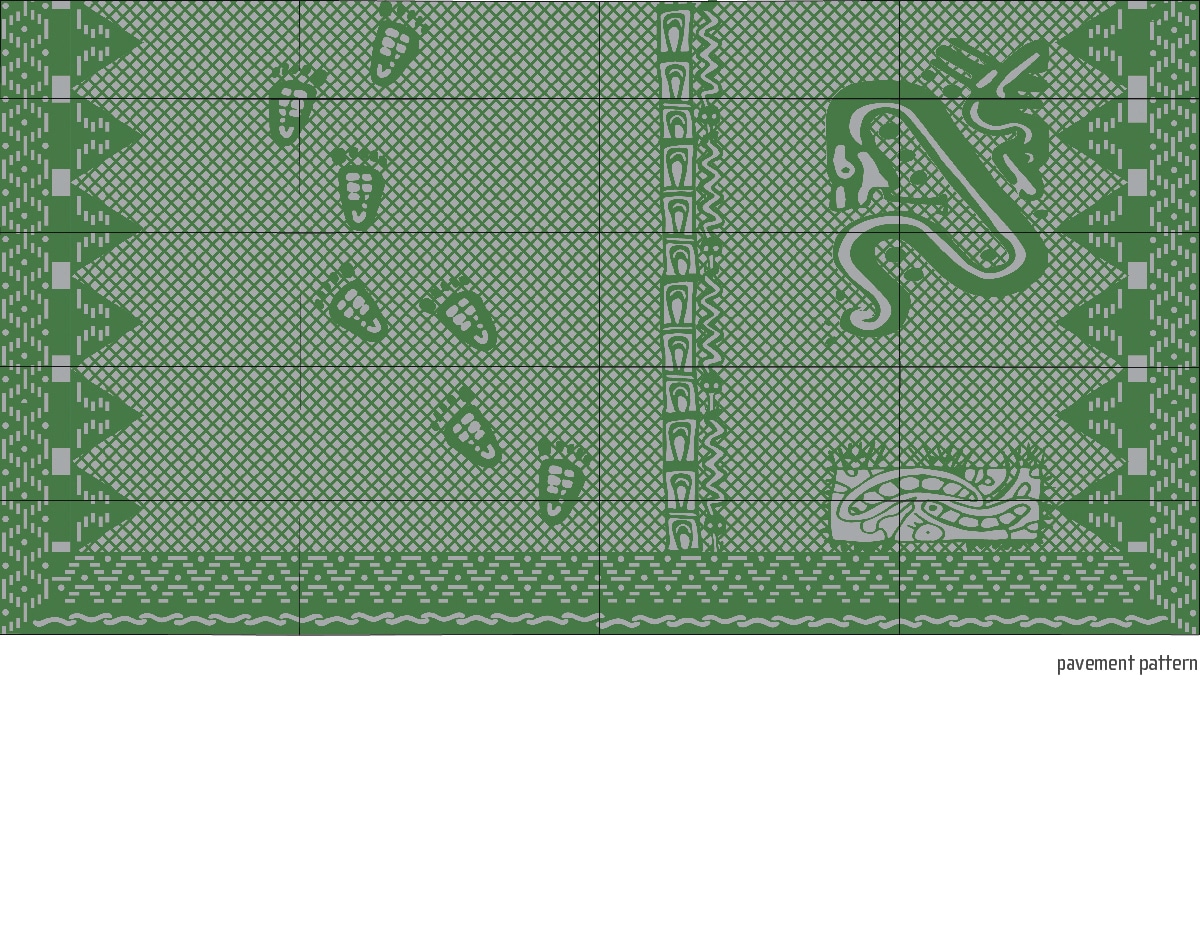 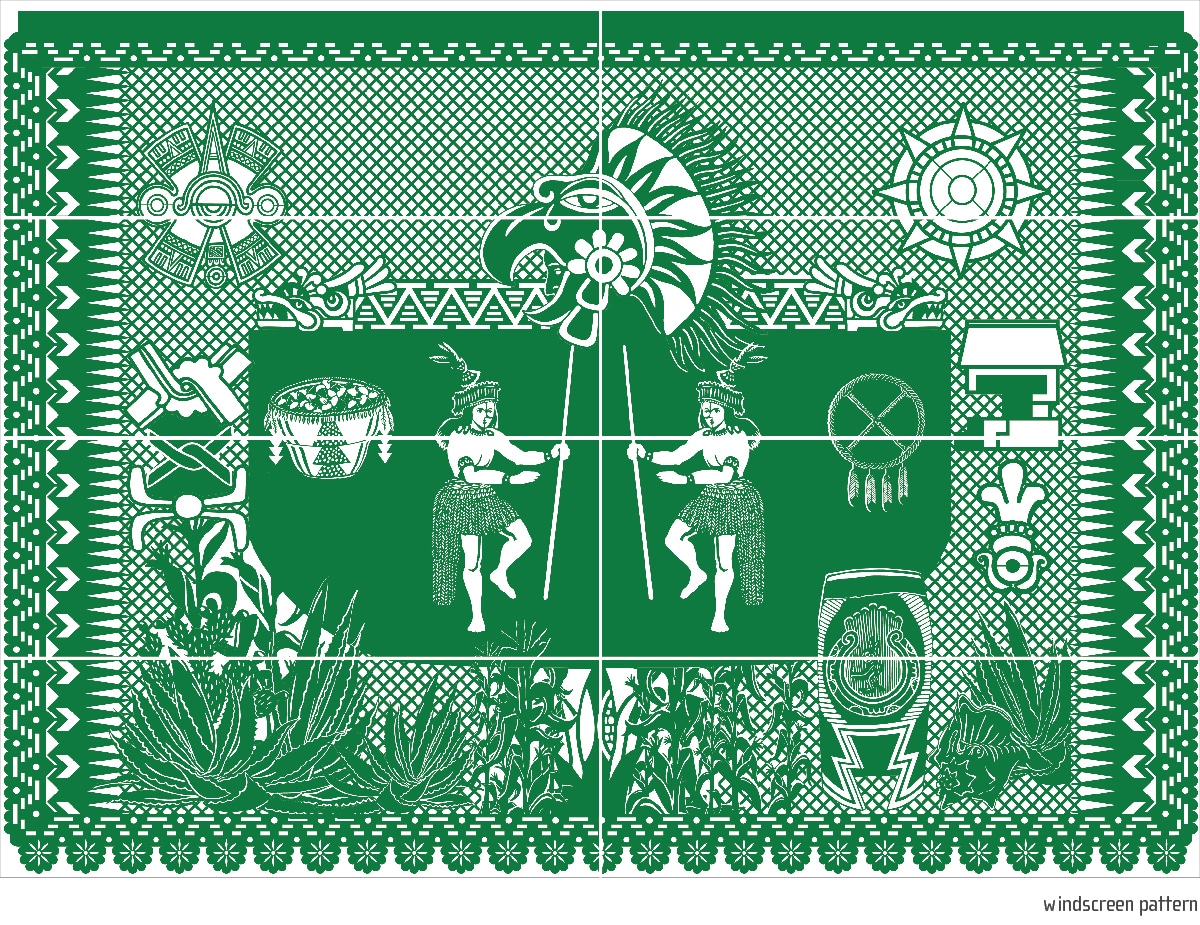 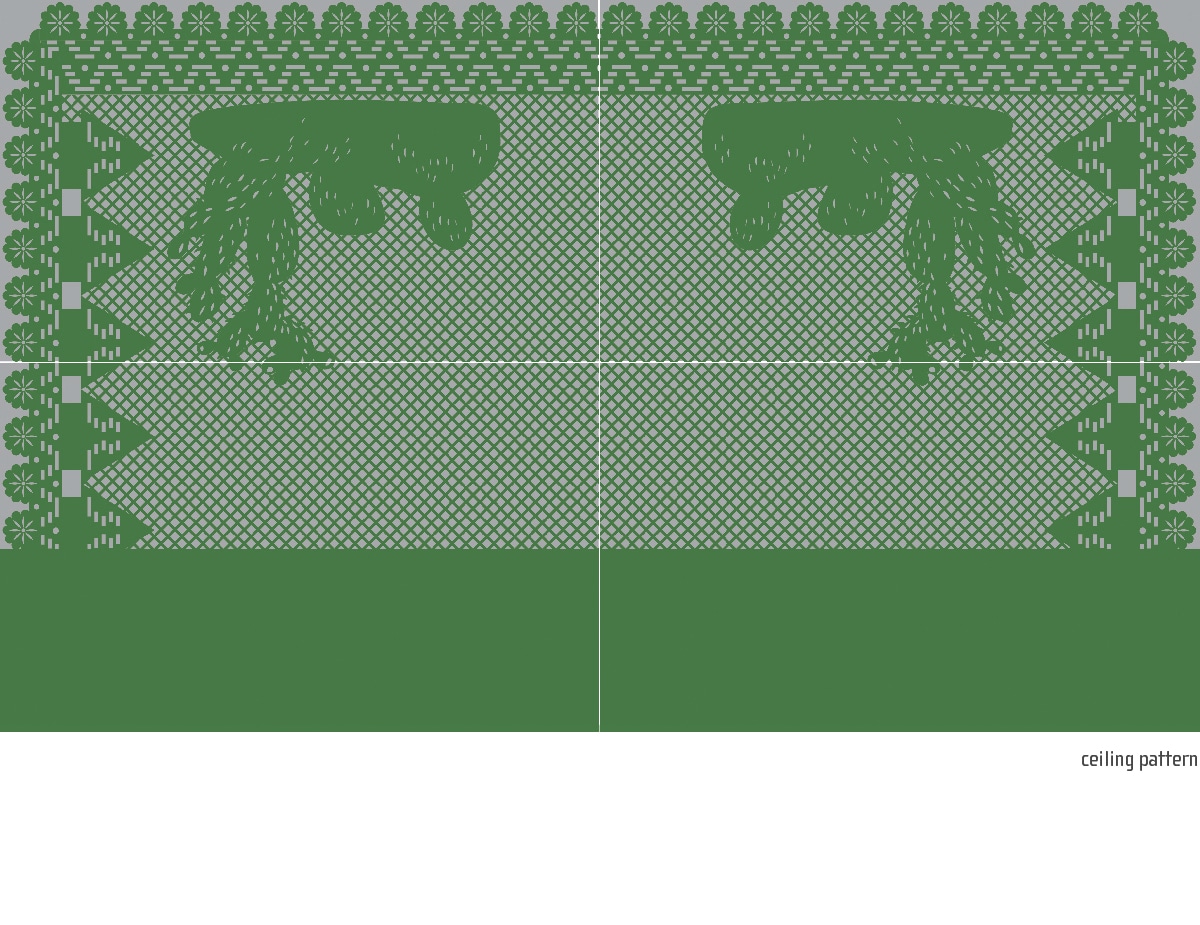 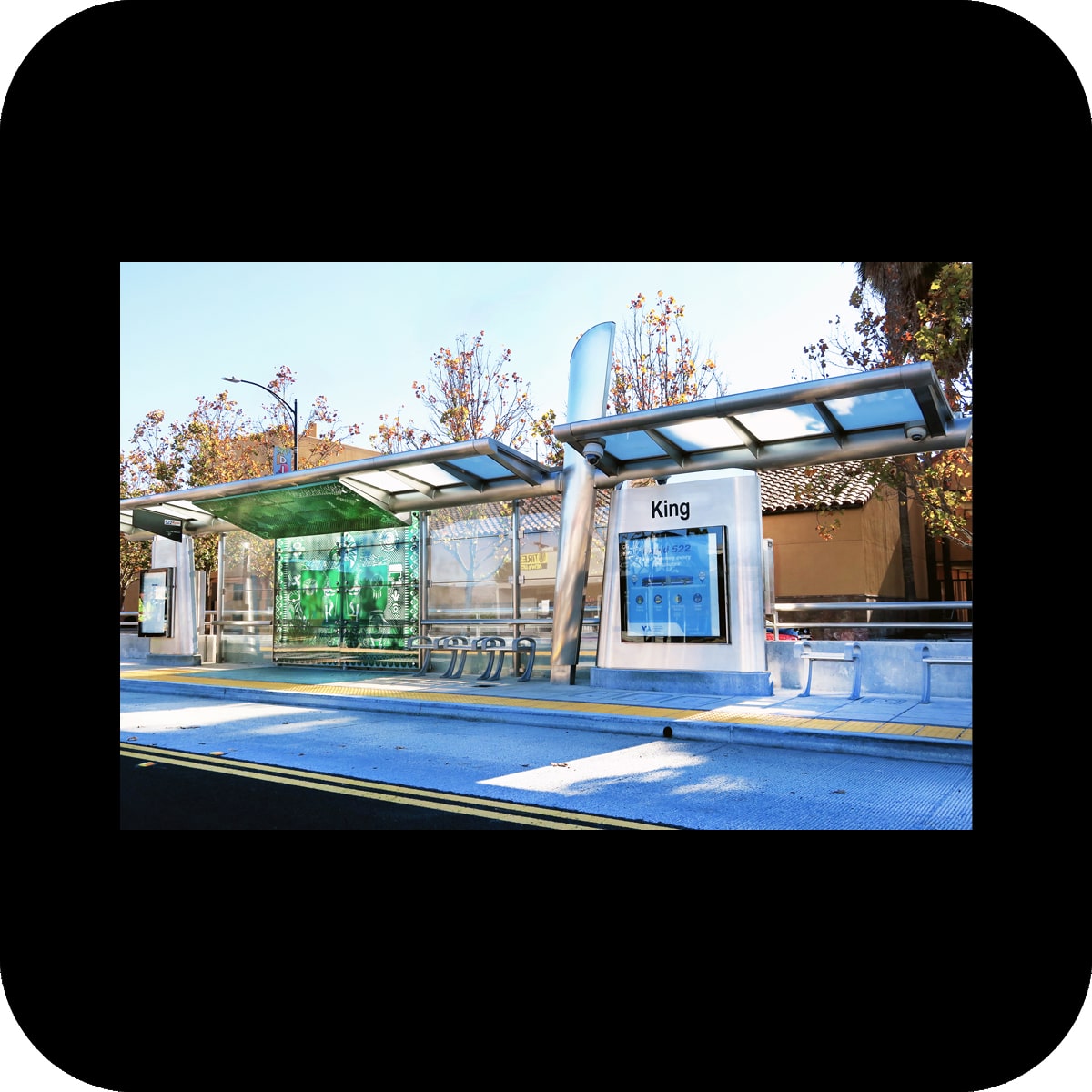 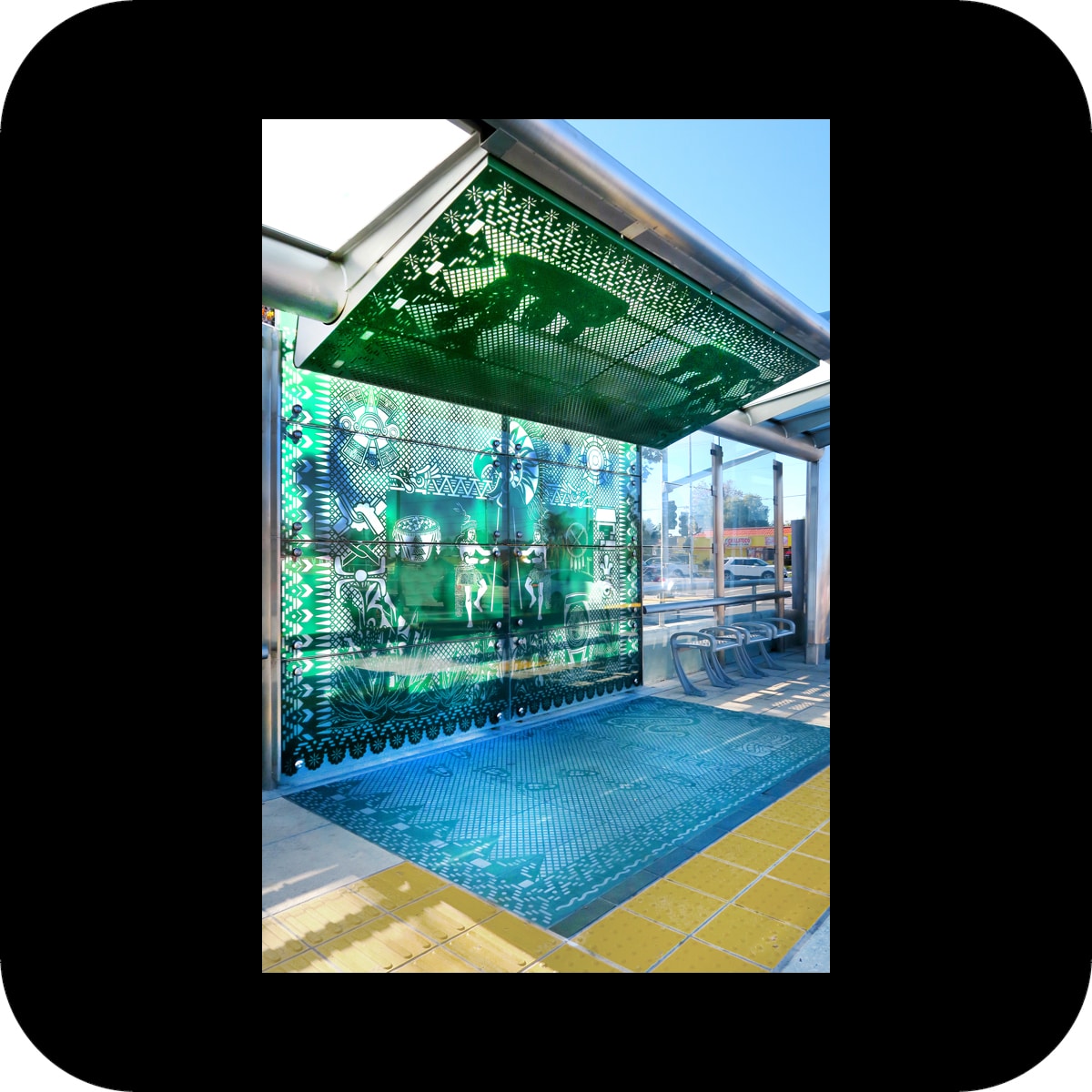 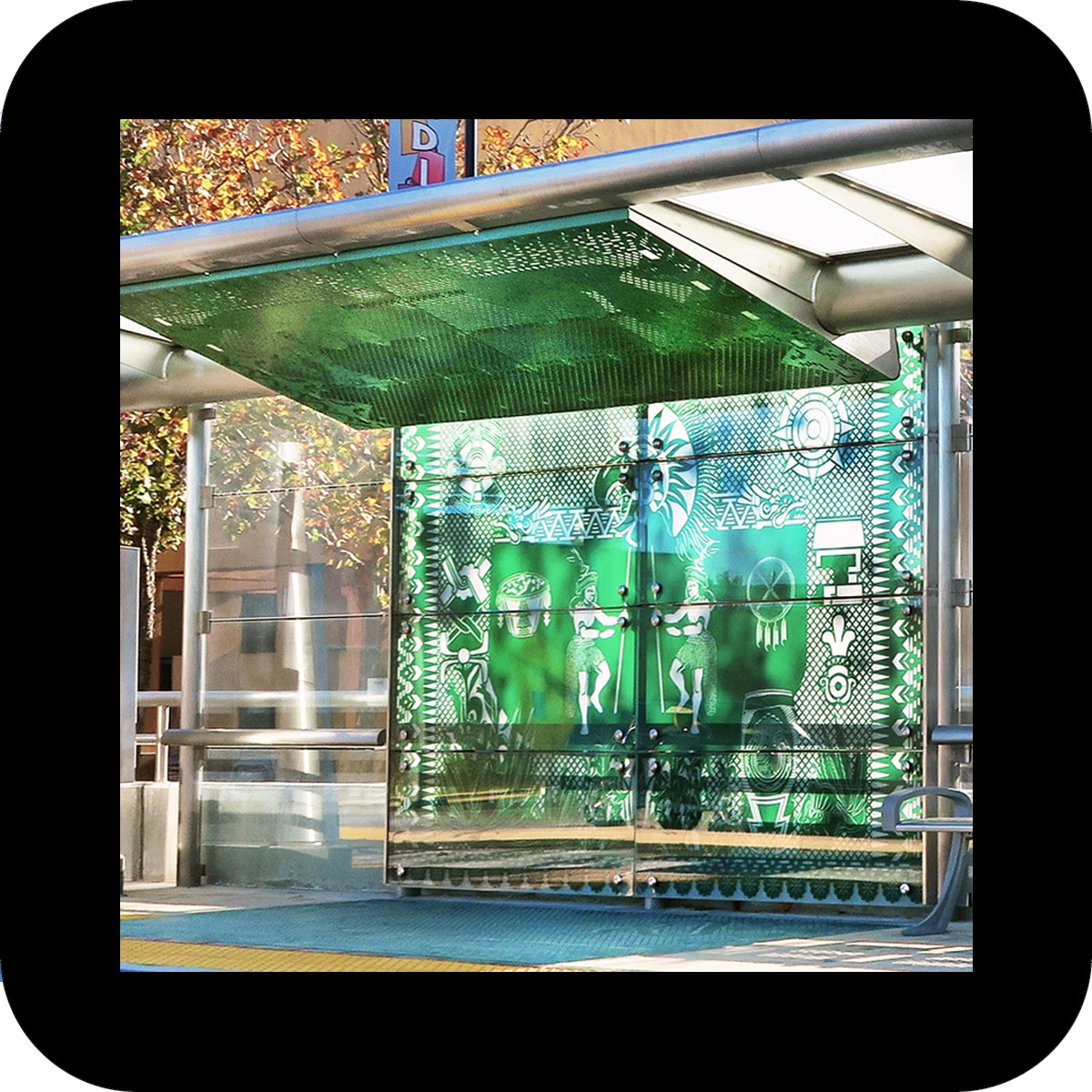 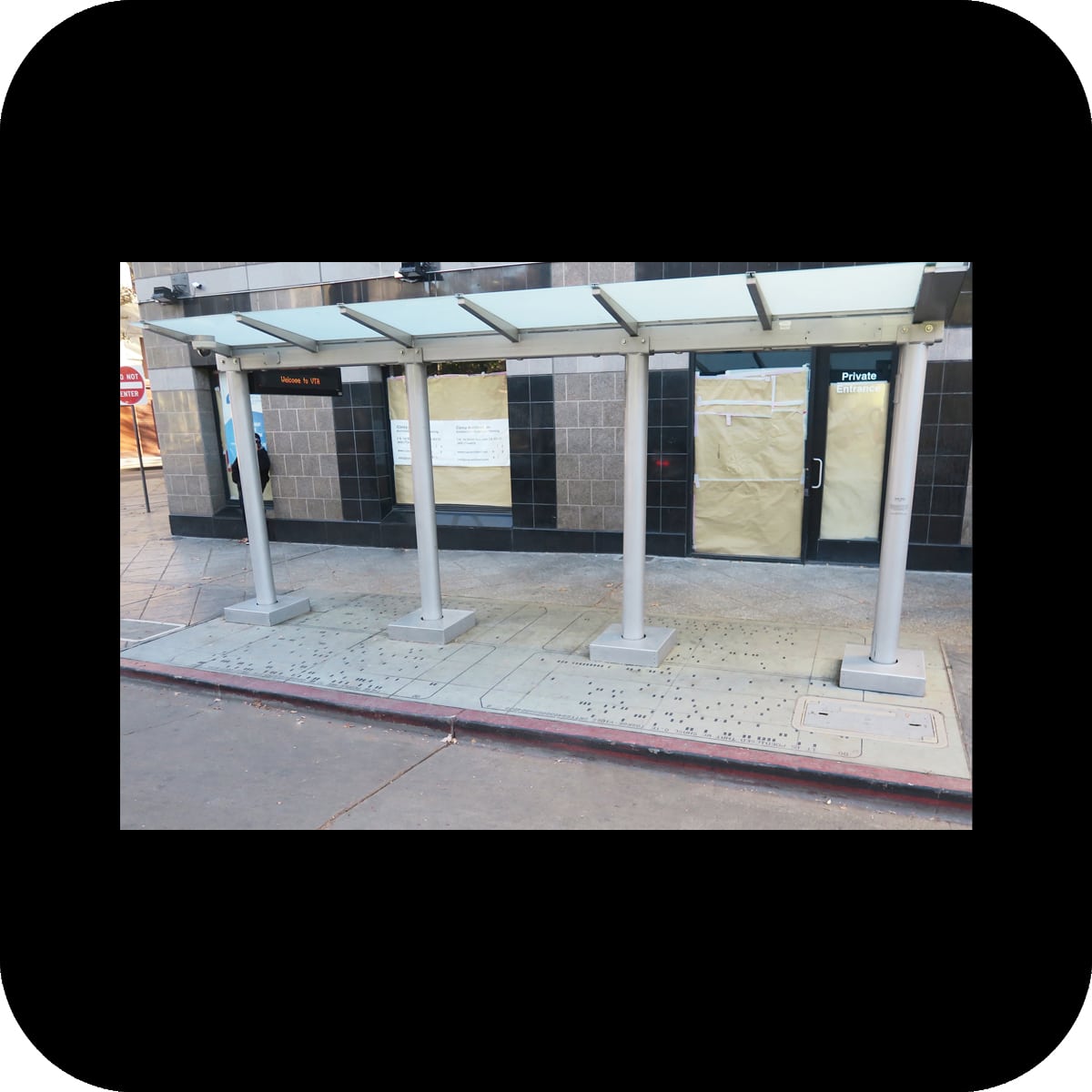 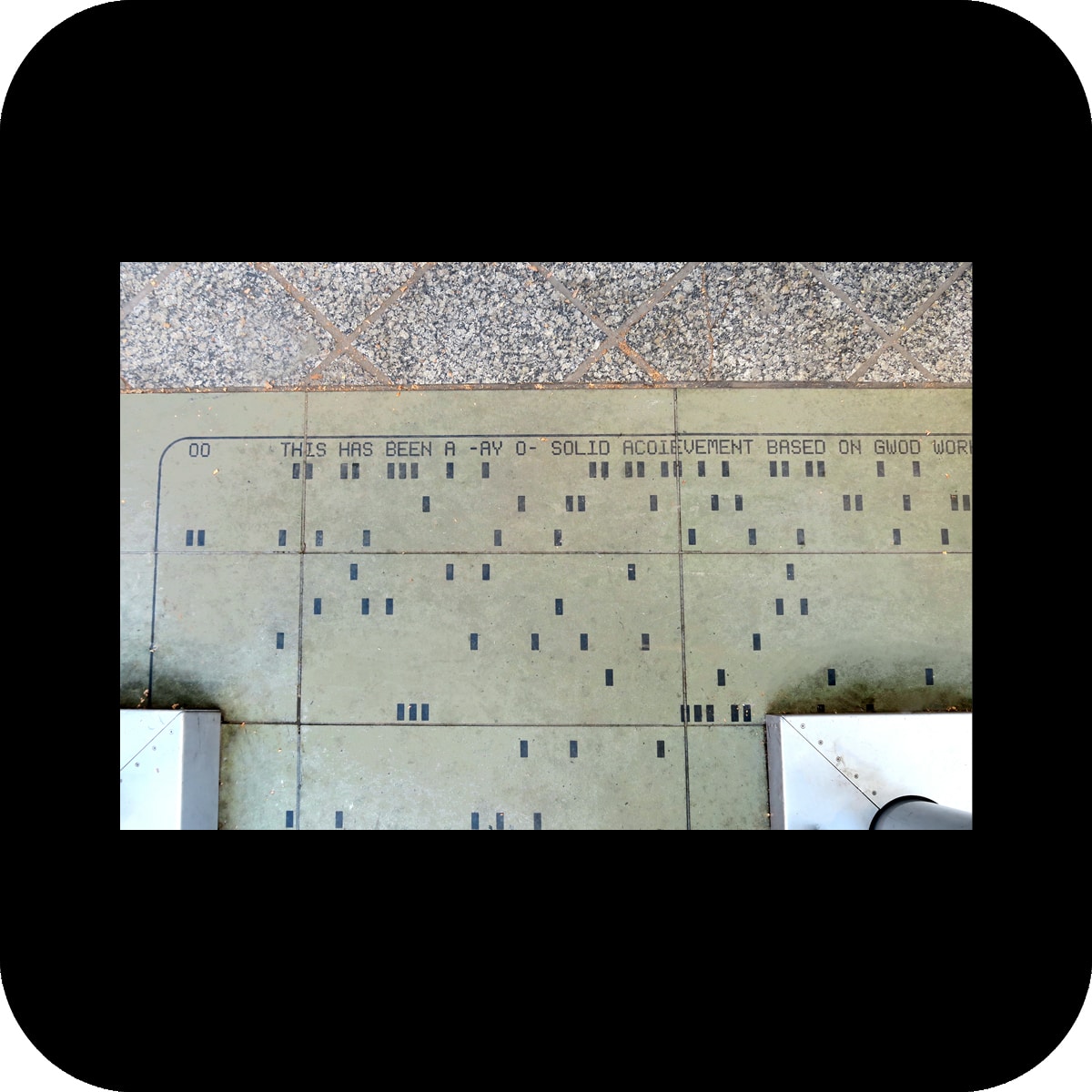 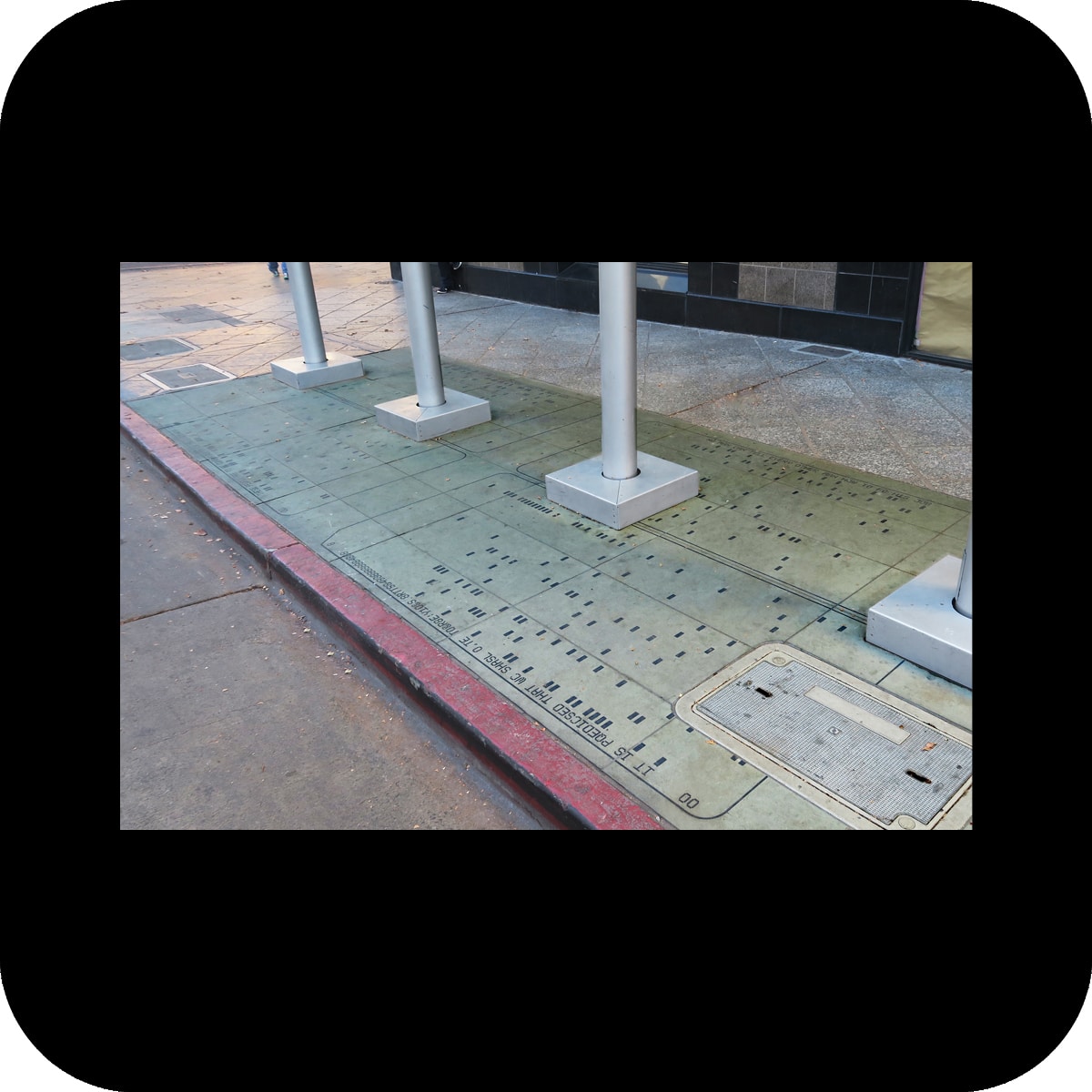 downtown eastbound – all kinds of seeds

from 1942 to 1945 kitazawa seed company was forced close due to WWII. the kitazawa family, along with all other japanese-americans, were moved and put into relocation camps during that time. after the war, kitazawa seed company reopened and began selling seeds all across the united states – which they continue to do today.